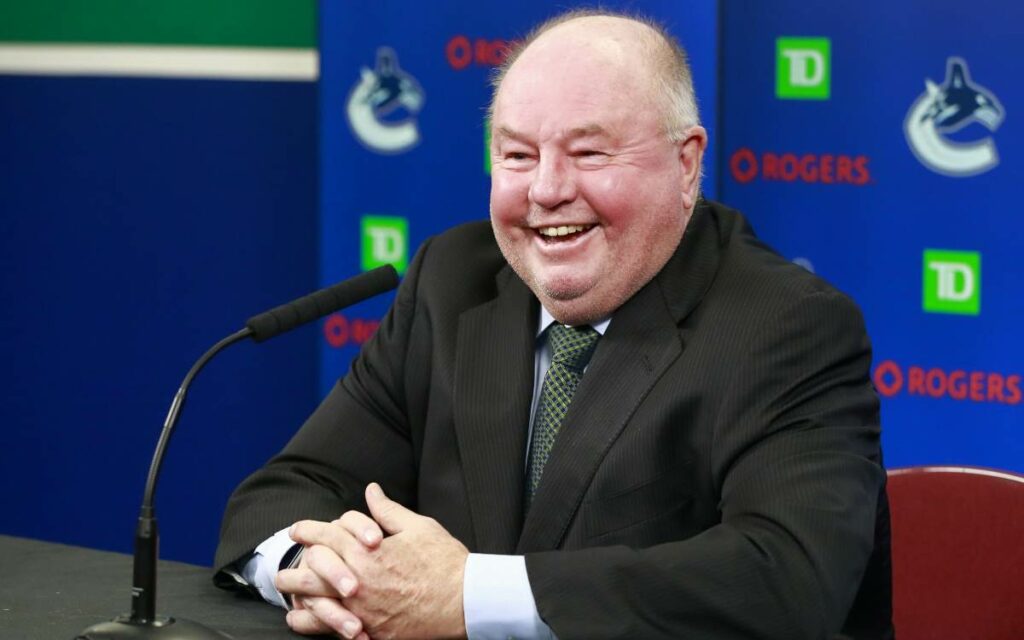 Bruce Boudreau may have just finished one heck of a season behind the bench coaching the Vancouver Canucks, and is currently back where he resides in Pennsylvania, but he can’t wait to get ‘home.’

And home, for the man affectionately known as Gabby, is St. Catharines.

It was during his first season with the Saints he founded the Golden Horseshoe Hockey School.

Some 40 years later the school is still going strong, as it is held every August in St. Catharines at the Seymour-Hannah Centre.

Firstly, the Canucks head coach discussed how it felt being back behind the bench in Vancouver.

“It was a whirlwind, but it was so much fun,” said the now 67-year-old Boudreau who compiled a more than respectable (32-15-10) record which would have equated to 106 points over the course of a full 82-game schedule. The Canucks weren’t officially eliminated from postseason contention until the last week of the NHL regular season.

“The biggest thing is from the day I got there, every game was like a Game 7 of the Stanley Cup Final. We had to win every game.”

And while Boudreau is mostly known as a coach, especially these days, he did play 141 NHL games with the Toronto Maple Leafs and Chicago where he registered 30 goals and 72 points in 150 games.

Boudreau was a first-round, 14th overall pick of the Minnesota Flying Saints in the old World Hockey Association (WHA) in 1974, and a year later went in the third round, 42nd overall, to the Maple Leafs in the NHL Draft.

So, what does Boudreau think of the Leafs first round playoff matchup against the two-time defending champion Tampa Bay Lightning?

The way they came out in Game 1, the energy they showed was amazing, and I didn’t think anybody could beat them after that, but Tampa is a resilient team, and they came back and showed them that they’re Stanley Cup Champions.

It’s going to be interesting.”

Many so-called hockey experts and pundits feel the Colorado Avalanche are the team to beat in this year’s NHL Playoffs, Boudreau is not different but his Eastern Conference Stanley Cup Final representative might surprise some.

“I do believe Washington will be there, they can beat Florida, and will be there against Colorado (in the final),” Boudreau explained. “I think this is the year for Colorado, so I’m going to give it to them.”

The Washington Capitals are one of four NHL clubs Boudreau has coached. The Anaheim Ducks and Minnesota Wild, along with Vancouver Canucks are the others.

Boudreau wrapped up his interview with this:

“I can’t wait to get back home. I miss so many of my friends back there.”