Buffalo Bills a win away from the Super Bowl 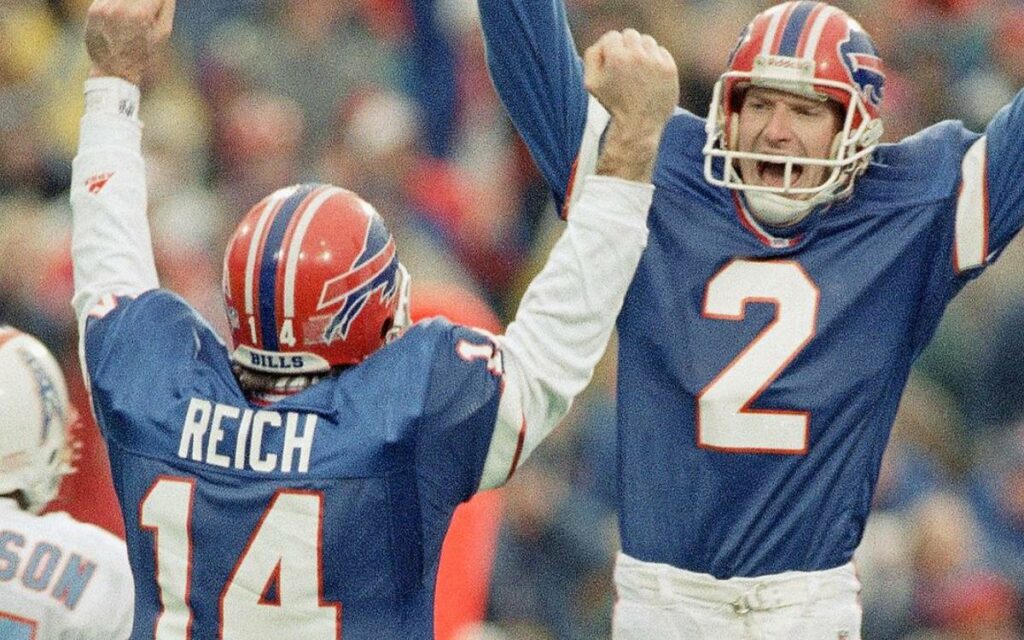 Twenty-seven years and one day later after their last appearance in the AFC Championship Game, the Buffalo Bills will take on Kansas City this upcoming Sunday evening with a trip to the Super Bowl on the line.

Ironically enough, it was the Bills and Kansas City the last time Buffalo advanced to the AFC Championship. A game in which the Bills prevailed 30-13 in what turned out to be NFL Hall of Famer Joe Montana’s final game as quarterback for Kansas City.

The kicker on that 1994 Bills team was former Niagara on the Lake resident and Canadian Steve Christie.

Christie joined the Niagara Sports Report this past Sunday on Newstalk 610 CKTB.

“So excited for the Bills, the city of Buffalo, and of course all of the Canadian fans that have made that journey over the border to see the Bills play,” said Christie from his current home in Florida.

The big story line entering Sunday’s game is the health of Kansas City quarterback Patrick Mahomes who suffered, depending on various reports, a concussion in the team’s 22-17 divisional round victory over Cleveland.

I’m certainly not a betting man, but with a trip to the Super Bowl on the line, most prognosticator’s feel Mahomes will be behind centre come 6:40 p.m Sunday night against the Bills.

Kansas City has featured the AFC’s top offense all season long. In fact, Buffalo’s last loss at home was a 26-17 defeat to Mahomes and KC back on October 19.

The Bills have reeled off eight straight victories entering Sunday’s game. And it was their defense that stood tall in the team’s 17-3 victory over the much vaunted Baltimore Ravens in a divisional showdown Saturday night from Orchard Park, NY.

There’s no doubt Kansas City will be favored going into Sunday’s game, but the Bills deserve every right to be there and according to Christie the 2020-21 version of the team reminds him a lot of the Super Bowl teams he was a part of in Buffalo.

“Looking at what Sean’s (McDermott) been able to do, and the kind of players that he’s been bringing in – and the attitude they all have together – and that sort of family bond they have now, it’s what we had back in the nineties. That’s what you need,” Christie said.

Christie went on to explain how similar kicking in the elements in Kansas City is compared to Buffalo.

Tyler Bass is the current Bills rookie kicker, and he wears the number 2 like Christie did during his tenure in Buffalo.

So can the 2020-21 version of the Bills bring the franchise back to the Super Bowl?

Christie certainly did not hesitate with his answer:

“I would say so. All phases have to be in. It’s not going to be easy. Everything has got to be right, but they certainly have the talent to do it, why not?

The way they’re rolling, and the rhythm that they’re in, the momentum that they have, ya absolutely.