Burkholder back in the Rose City 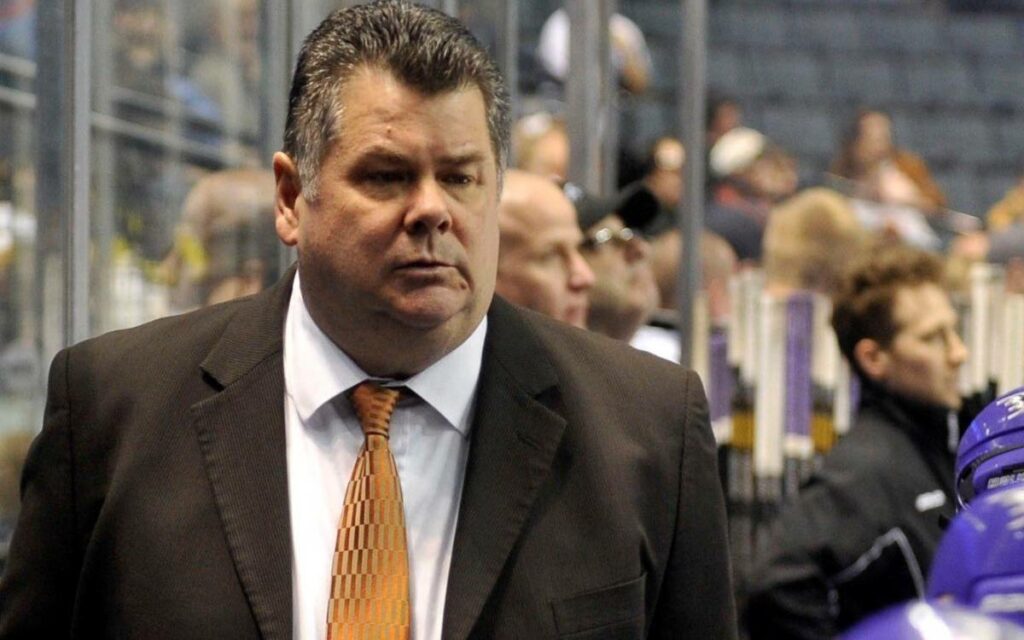 The now 59-year-old – who grew up watching the Welland Jr. Canadians, then played for the franchise, then watched his son skate for the team – is returning to the Rose City after being named head coach.

“I look back at how lucky I was to grow up in Welland,” said Burkholder from his current home just outside of Buffalo, N.Y.

“I played my minor hockey there, and being a young up and coming minor hockey kid growing up all my friends and guys that I played with we just wanted to be a Welland Cougar. To wear that red jacket around town was something special. I’m looking to kind of get that feeling back again.”

Burkholder, a goaltender, went on to play for the NCAA Rochester Institute of Technology Tigers (RIT) after leaving Welland.

It didn’t take long for Burkholder to get into coaching. And again, it was here in Niagara where his coaching career began.

Burkholder was an assistant coach with the OHL (Ontario Hockey League) Niagara Falls Thunder from 1994-96. He then travelled just over the Canada-United States border to work as an assistant with the Niagara University Purple Eagles.

After five years as an assistant coach, Burkholder took over the reins with the Purple Eagles.

“I credit my dad, and watching what he did over the course of his lifetime. He coached Tier 2 Junior A, Junior B, and all levels of minor hockey,” Burkholder explained.

“And I was lucky enough to have him as a coach from Bantam Minor to Midget Major. It was always in the back of mind to stay in the game when I was done as a player.”

Burkholder’s reign at Niagara University ended in 2017 when the University brass decided to make a change behind the bench.

Four years later he’s back in Welland, and in charge of the team he once cheered for, and once played for.

“I wasn’t looking per say to get back into it, but when Lou Savona (current team owner) called, again Welland – Lou Savona, we go way back with our family. My dad sold the Welland Jr. B’s to Lou, that’s how he got into junior hockey way back when, and he’s been a friend since.

I’m excited to work with Lou, and get the Canadians back on track.”

As for his coaching style, Burkholder of course took a page from his father’s book, but also wants to bring a non-defensive junior team to the Rose City.

“My dad’s favorite thing is to be fair, to be frank and to be friendly.

We’re going to be disciplined. I’d like to be fast. It’s going to be a style of hockey that people are going to want to watch. I will never trap.”