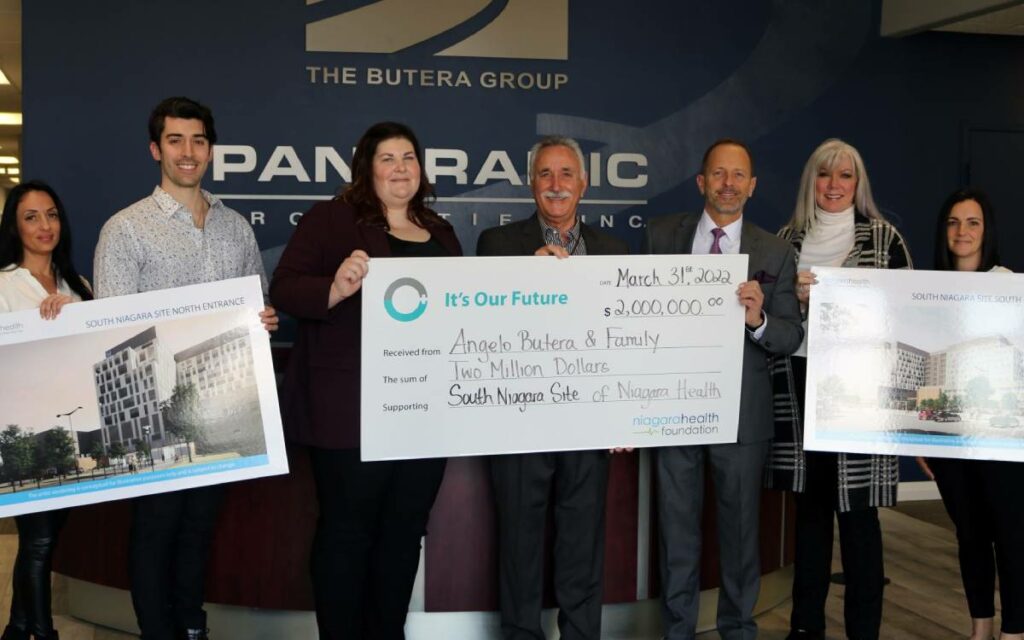 Niagara’s private sector has once again stepped up to help the public in a big way.

On Thursday, the Niagara Health Foundation revealed that Angelo Butera of Panoramic Properties has pledged $2 million toward the It’s Our Future fundraising campaign in support of the new South Niagara hospital.

Butera represents the project’s third founding donor to be celebrated, after Spencer Fox of E.S. Fox Limited and Mark Basciano of Mountainview Homes were each recognized for donations of $5 million and $3 million, respectively.

“The support from Angelo Butera and his family will be a driver for a connected and community healthcare experience at the South Niagara Site,” said president and CEO of the Niagara Health Foundation Andrea Scott.

“We are so thankful for their donation and are honoured to recognize Angelo and his family as Founding Donors of the It’s Our Future campaign.”

Originally from Italy, Butera immigrated to Canada in 1972. After years in the construction business, he acquired a rental building in Niagara Falls. From that single building, Butera expanded Panoramic Properties into the quality-focused, province-wide housing rental company it is today.

In recognition of Butera’s generosity, the main entrance seating area of the new hospital will be named the Angelo Butera Family Seating Area.

“We couldn’t be more grateful for the outpouring of community support we are receiving for the South Niagara Site so far,” said Mayor of Niagara Falls Jim Diodati and HOCO president Harry Oakes, co-chairs of the It’s Our Future campaign.

“Contributors like Angelo Butera and Panoramic Properties know that this project is a game-changer for Niagara. It’s so exciting to see so many people jumping on board to be a part of it!”

The rest of the $212 million that must be raised locally will come from municipal sources and Niagara Health itself. The Niagara Region has already committed $44.5 million to the project. The City of Niagara Falls and Town of Fort Erie are both expected to finalize their commitments in the coming months, with the former projected to contribute around $30 million. 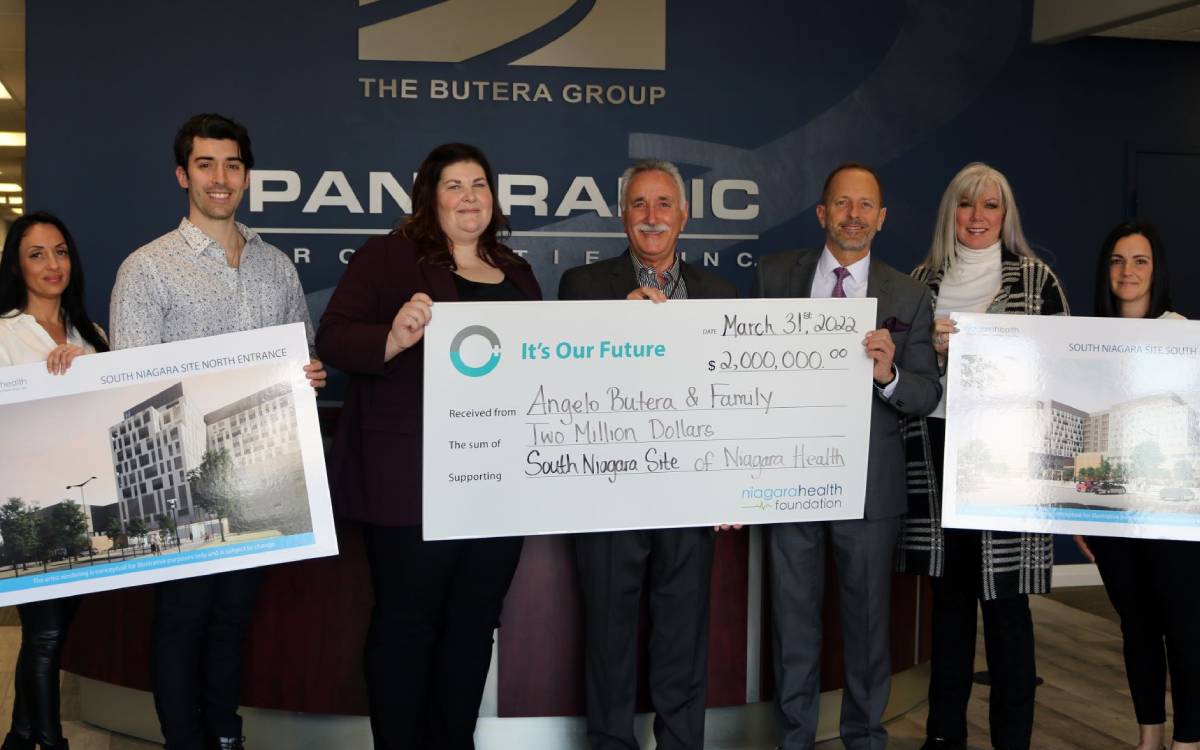