Canada could learn a thing or two from US judicial appointment process, and vice versa 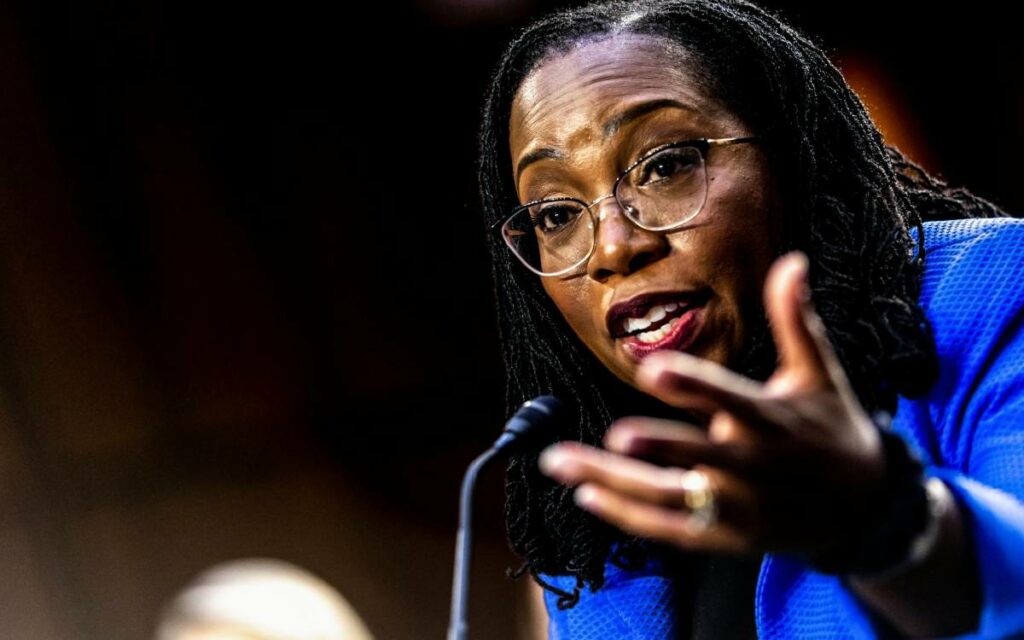 Every few years, Canadians watch with great intrigue as the United States embarks on the long, divisive, and arduous process of appointing a new member to its highest court. Recent decades have included several especially contentious hearings. These sessions have often been accompanied by despairing moments of senate misbehaviour, partisan hit jobs, and political fiascos that have gripped the interest of voters.

Confirmation hearings for US judges to the Supreme Court have become extraordinarily high stakes. Relevant personnel begin to profile nominees years prior to the nomination of a judge. In fact, special interest groups may begin to mount opposing arguments as soon as a judge rises to a lower court, attempting to dissuade the appointment of a respective justice to a superior position. In addition, those who are seeking the office of Senator, or the Presidency, must strongly consider how their past support or future prospective appointments regarding justices could impact their campaigns.

This immense investment of time and resources is reflective of a foundational debate in American politics. This discourse takes place between constitutional originalists (generally conservatives) and evolutionists (generally liberals). Justices rule on legislation from all levels of government. Therefore, their decisions impact the role of government and how far federal legislation can be taken.

There is an endless swath of pertinent issues, which present moral, economic, and practical challenges, that find their way to court. Among the most notable contestations include abortion laws, vaccine mandates, voting practices, equity initiatives and the definition of civil marriage. Moreover, every ruling carries a strong precedent that can be binding in future cases.

In 2000, the Supreme Court of the United States determined the winner of the presidential election. Had they not overruled the Florida Supreme Court, it is conceivable that enough votes could have eventually been “found” to overturn the election of George W. Bush.

In previous eras, rulings such as Dred v Scott (1857), Plessy v Ferguson (1896), Brown v Board of Education (1954), and others tipped the country from legally supporting slavery to racial segregation to desegregation.

Moments like those aforementioned are pivotal landmarks in the history of any nation. Virtually everyone agrees that the Supreme Court plays an indispensable role in the maintenance and advancement of democracy. The consternation arises over the nomination process. Therefore, it comes as no surprise that the recent nominee of President Biden, Honourable Ketanji Brown Jackson, faced significant scrutiny. In the years ahead, the court is set to hear arguments on issues that will, once again, put the unity of the Republic into question.

In Canada, Supreme Court nominees are made just as often, if not more frequently, and we hear very little about the process. In fact, just earlier this week Prime Minister Trudeau initiated the process to find Canada’s next Supreme Court Justice.

A curious person might ask: why do Canadians hear very little about the process? There are some very specific reasons that few people know about or understand.

Canadian nominees formally apply for the position of Supreme Court Justice. This is much different than in the United States, where the President simply appoints someone who meets a very broad standard. In fact, American justices are not required to be jurists or even licensed attorneys.

There is a board that reviews Canadian applications. There are also several qualifications, including that candidates must be high-calibre jurists, represent the diversity of Canada, and sport functional bilingualism. Other considerations include regional representation (our most recent nominee, Mahmud Jamal, had to be from Ontario), the make-up of the advisory board (many requirements to meet), a questionnaire, and a report from the advisory board.

The steps outlined above inoculate the Canadian Supreme Court process from the circus of events that almost always surfaces in the American exercise. It also diminishes the role of political grandstanding.

One might liken the Canadian process to removing the spice from a dish, or the spirits from a punch. The result will be more predictable, orderly, and reasoned. With that being said, getting a good omelette requires the breaking of eggs. Similarly, you must agitate paint to accomplish the desired tint.

Good rulings are often borne from rational and logical arguments. There are times, however, when a judge, hardened with the tumult of a good political row, or emotionally awakened to the plight of people in adverse circumstances, may rule more judicially. The Canadian and American judiciaries invariably produce exemplary justices. One must ask, though, if making the judicial selection process an at-arms-length and apolitical undertaking is necessarily the correct method? The answer… yes and no.

Certainly, a hopelessly quarrelsome and bitterly partisan process, such as that which unfolded during the nomination of President Trump nominee Brett Kavanaugh, is embarrassing and destructive. With that being said, along with the fact that the American system demands an “advise and consent” role to the Senate, a rigorous hearing where the justice-designate is called upon to explain rulings, elaborate on writings, or provide an overview of their legal philosophy, can be helpful.

Taking this questioning out of the hands of excessively biased elected officials may seem sensible, particularly in light of the narcissistic qualities that are far too often exemplified by politicians. Nonetheless, it is not necessarily a bad thing for justices to be answerable to a political body that is directly responsible to the citizenry. This procedure can remind the judge that he/she is ruling for a vast number of people who do not have the perks, the privileges, or the status that describes the lives of most of the people he/she interacts with on a daily basis.

As Rudyard Kipling admonishes us, it is important to maintain the “common touch”. This rule is particularly relevant for a high-ranking justice, rubbing elbows every day with the high and mighty, and then ruling on matters that practically impact the lives of the masses of ordinary people. Most of those reviewing the credentials of a judge on an advisory board selecting qualified justices in Canada are well-educated, enjoy affluent lifestyles, and may be somewhat removed from the concerns of the typical working-class person. There is a lot on the line here. None of it can be taken lightly.

No one would argue that appointments to the Supreme Court should be a dignified and serious event. The question remains whether largely removing judicial candidates from the public purview to avoid the “dangers” of an open hearing is worth sacrificing the high ideal that our public representatives do a better job of holding respectable hearings. One must ask who is most in touch with the needs of grassroots citizens. Is it duly elected members of parliament? Or is it bureaucratic civil servants?

The appointment of Justice Mahmoud lacked much sound and fury. While it was a clean and sober job, it was completed as dispassionately as when one might clip his/her own fingernails. Whether that is better can be debated. Whether our process is actually producing, preparing, and providing us with the best justices remains unknown.

Perhaps Canadians could use a little more American populism, so to speak, in their hearings, while the USA could maybe consider taking a step back from the drama. 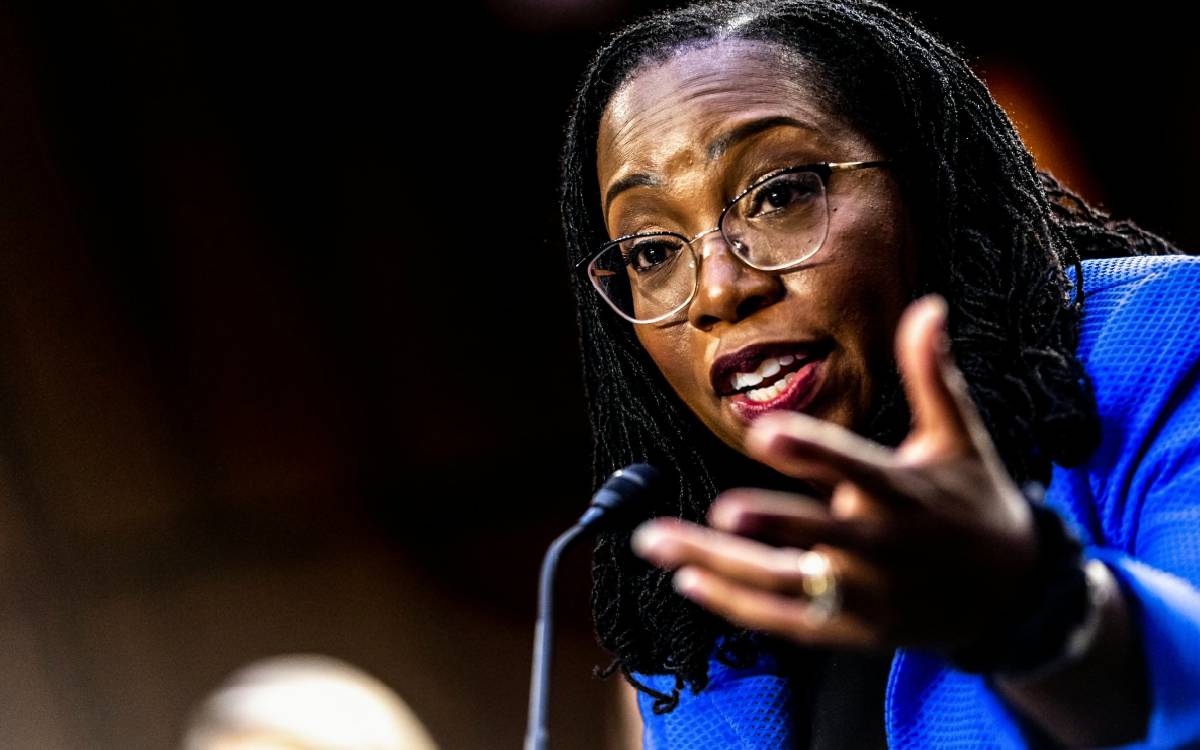