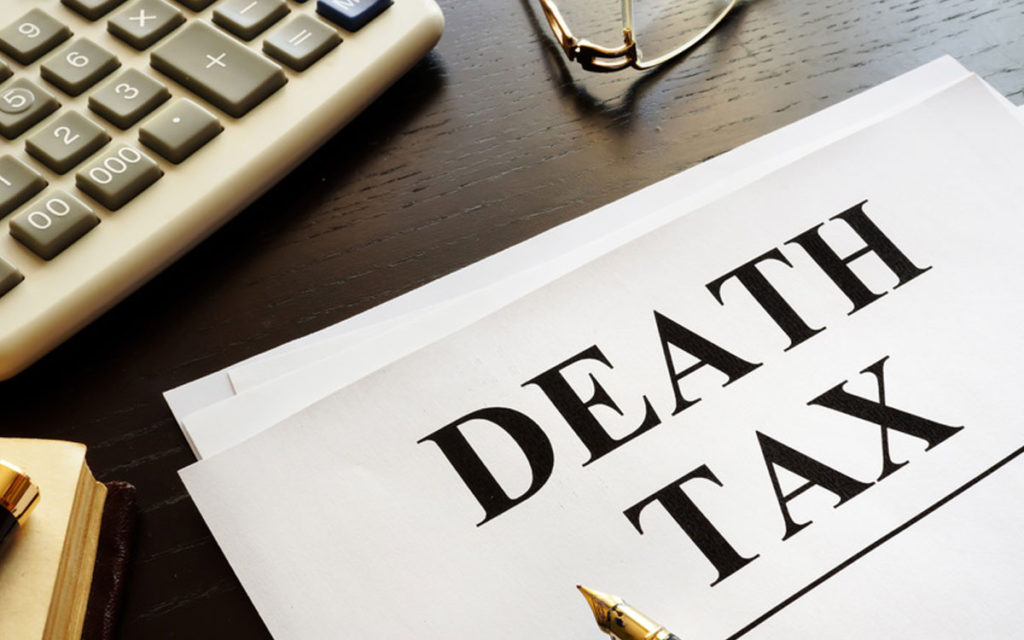 These are challenging times for the Canadian economy. An unpredictable president to the south has contributed to uncertainty around NAFTA, while American business tax cuts have erased Canada’s longstanding competitive tax advantage as we struggle to attract foreign investment.

Even the Justin Trudeau government, which as recently as its spring budget was content to pretend all was well, finally seems to be acknowledging there’s actually a problem that needs to be tackled.

But how? Would you believe that against this depressing backdrop there are still those who argue that what we really need are even more taxes?

That’s the conclusion reached by the left-leaning Canadian Centre for Policy Alternatives (CCPA) in a recent study. As part of a raft of new tax hikes, the CCPA proposes that Canada implement a new death tax (for those who find the term off-putting, the more genteel term is “estate tax” or “inheritance tax.”)

Inspired by the CCPA call-to-arms, over at the Washington Post, resident Canadian contributor David Moscrop picked up the death-tax baton and ran with it, arguing that nothing less than the foundation of democracy itself is at stake. “The most obscene way that wealth is made is through large-scale inheritance,” warns Moscrop, claiming that “passing along wealth facilitates the concentration of resources in the hands of the few, generation over generation.”

One might protest that it’s actually more obscene for fortunes to be made by using governments to block competition, or to suck money directly from the pockets of taxpayers. But is it really true that passing your estate over to your kids ensures they’ll stay well-off forever?

The evidence suggests otherwise. Indeed, even the CCPA study shows that in 2016, nearly half of Canada’s 87 richest families weren’t heirs to a fortune, and that by the third generation a mere 18 per cent of the ultra-rich owe their status to the simple luck of having wealthy forebearers. In other words, for the vast majority, the huge advantage of inherited wealth naturally dissipates over time, and income inequality does not automatically perpetuate itself across generations.

But even if the generational transfer argument fails, is it really so bad to tax deceased millionaires? After all, when a rich person dies, it’s not as if they can use their money. Coddled, spoiled heirs didn’t earn it. So, what’s wrong with the government grabbing a big piece to divvy up among us poor living saps who still have bills to pay?

To be clear: good reasons to oppose death taxes do not include “they’re awful for the children of the wealthy” or “we should feel extra sorry for the recently departed rich.” The real problem with death taxes lie in what they do while their eventual targets are still alive.

Death taxes effectively double tax these Canadians, and create strong perverse incentives against long-term saving and investment. They impose a penalty on future consumption by taxing it at a much higher rate than current consumption, meaning thrifty wealthy people who save and invest their whole lives end up paying far more tax than profligate ones who fritter theirs away. From a society-wide standpoint, this is bad: it means less economic growth, less job creation and slower improvements in living standards for all.

We also need look no further than the United States to see that death taxes also create a big incentive for aggressive estate planning, ensuring that wealth is allocated in less efficient (but more protected) ways. This again reduces economic growth and job creation, while simultaneously frustrating the main objective of the high-tax crowd (more revenue!) by minimizing the government’s eventual take (under our existing tax code, billions in assets are parked offshore to help avoid taxes.)

While it’s true that Canada is currently the only G7 country without a death tax, broadening the analysis shows that the global trend has been to ditch, rather than impose, them. Australia and Norway abolished theirs in 1979 and 2014, respectively. Sweden did away with its death tax in 2004, which at its peak had been set at an eye-watering 70 per cent, and had been causing many wealthy Swedes to leave the country altogether simply to avoid high taxes.

And despite arguments of easy revenue, in OECD countries the proportion of total government revenues raised by such taxes has been falling since the 1960s as wealthy individuals get better and better at using legal loopholes to minimize their tax burden.

Finally, there’s no empirical support for the assertion that the absence of a death tax in Canada is causing inequality. Post-death tax Sweden remains a relatively egalitarian country, suggesting a death tax is not a prerequisite to fostering societal equality, while the U.S. and United Kingdom, which both have death taxes, remain more unequal than death-tax-free Australia, Norway and Canada.

It’s understandable that some activists, who never met a government program they didn’t like, will always be on the hunt for new revenue streams to fuel an ever-expanding government. But whatever their superficial appeal, death taxes are a bad way to raise revenue, while causing major, detrimental side effects. Canadian policymakers should ensure they stay buried for good.