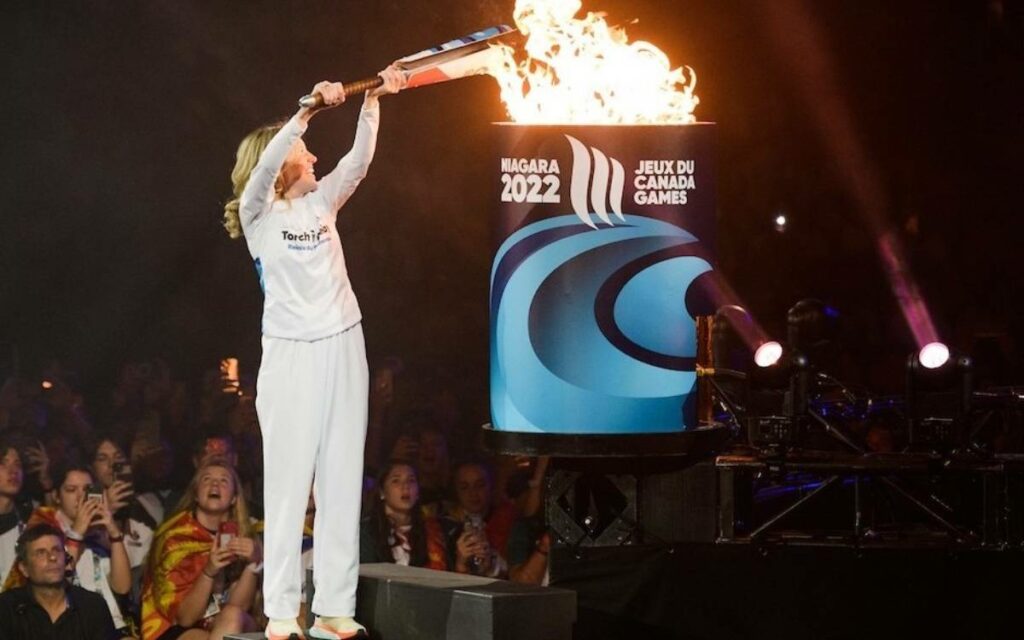 The first few days of the Niagara 2022 Canada Summer Games have delivered.

From Olympic Gold Medalist, coxie and St. Catharines native Kristen Kit having the honour of lighting the cauldron to officially open the games to the first two full days of competition, some tremendous story lines continue to emerge.

It’s been a big year for Kit, who was named co-athlete of the year for the City of St. Catharines in May and received the key to the city from Mayor Walter Sendzik on Friday, then was the final torch bearer Saturday night.

“It was amazing. I feel so proud to be from St. Catharines,” Kit said, who quickly turned the attention to others.

“It takes a village.”

Macey Hatfield is now in the Canada Games record book scoring the first ever goal in female box lacrosse at the Games.

Monday it was Jaida Lee’s turn to make history.

Lee became the first female to pitch in the men’s baseball competition at the Games as her home province Newfoundland and Labrador dropped a 17-7 decision to Alberta.

Her first pitch of the game was a strike as the ball was removed from the game – destined for a spot in the Canadian Baseball Hall of Fame.

Competition continues at 18 venues across the region as a total of 31 Niagara natives (listed below) are competing.