Canada’s ‘bang on’ clarions or ‘out of touch’ contrarians? 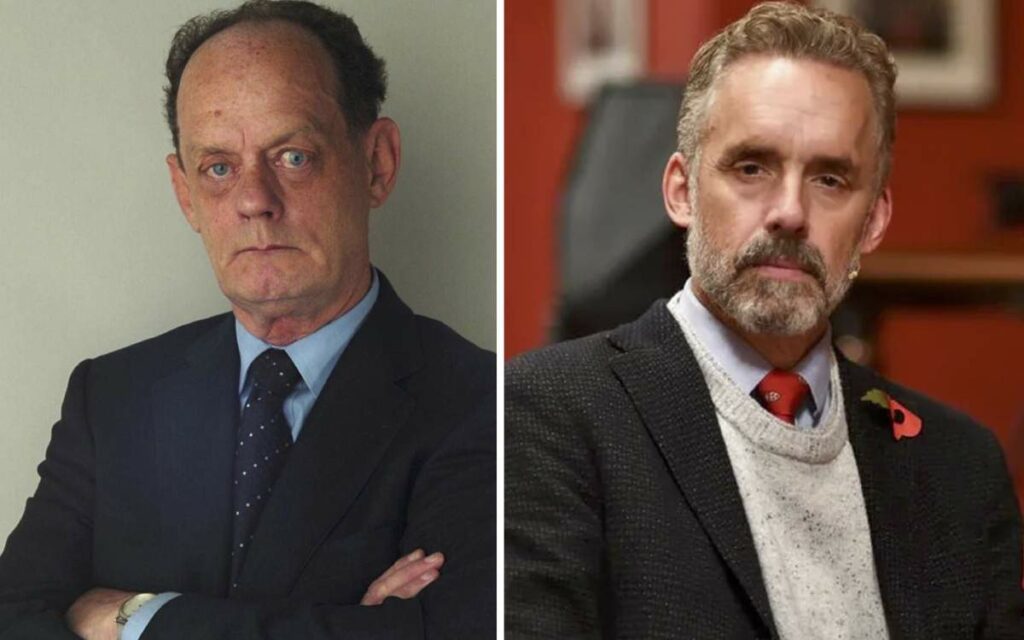 A handful of media personalities and public figures like Rex Murphy (left) and Jordan Peterson (right) swim upstream from the country’s current leadership and subsidized talking heads – for this, they are often ridiculed as “out of touch”, or worse, by those who (try to) control the mainstream narrative. Photo credit: The Globe and Mail/Deborah Baic and Getty Images/Chris Williamson

“Canada is broken,” declared Pierre Poilievre in a Vancouver grocery store last November. The Conservative leader cited high inflation, rising food, housing, and fuel costs in his assessment that “it feels like everything is broken in this country right now.”

To an audience of 2,000 staff and party faithful at the Liberal Christmas Party Prime Minister Justin Trudeau responded to Poilievre’s claim by stating, “Canada is not broken… We’re going to get through these tough times because we’re going to do it together.” (With that and a barrage of selfies with adorning Liberal Parliament Hill staffers, Trudeau boarded a flight for his Jamaica holiday vacation.)

Often whether one believes Canada “is broke” or “not broken” depends on how a person feels about their current situation. But because the rewards of elected office are so high, our politicians exert great effort spinning compelling narratives to capture the attention and trust of the public. Politicians’ fortunes are directly impacted by Canadians’ view of their personal standard of living and the country’s prosperity and well-being.

The Canadian media and those commenting on the Ottawa scene are central to how Canadians’ view the news and competency of the country’s leaders and the federal government. There are a select few media today who are cutting through the political rhetoric and Ottawa narratives to deliver clear assessments of the country’s events and happenings. From this scribe’s perspective, it appears the reports from these individuals are becoming increasingly negative, which leads to the question of whether they are clarions or contrarians on Canada’s political leadership?

Perhaps the best place to start a review of current commentary about leadership in Ottawa is with Canada’s resident news curmudgeon, Rex Murphy. In spite of a career of shedding light on Canadians’ views and aspirations (and much of it at the helm of a CBC flagship show), no media personality today has been ridiculed as much as Murphy by partisan hacksters and the subsidized legacy media. He makes an important distinction in a recent National Post column when he observes, “When some people say “Canada is broken,” they surely do not mean the country itself, and most certainly not its citizens….. Canada is by no means broken. But what I have euphemistically called here its system of management is broken…”

For Murphy, the partisan games in Ottawa are the source of Canadians’ weariness: “It is the product of a craft of professionals, hired for their (dubious) skills in determining opinion or fashioning it, for their skills in playing on issues to divide and to inspire followers, impelled primarily for the winning of office, than for a commitment to honest service to the nation they guide.”

In another National Post opinion piece, John Ivison identifies the PM’s ongoing divisionary tactics as the greatest contributing factor zapping Canadians’ sense of worth. Ivison laments, “There has been more lethargy than lifting up in evidence of late. Canada is not broken, but it feels frazzled, drained of energy by negativity and regional ruptures.” He makes the point, “Trudeau is not solely responsible for those divisions, but he is most responsible because he has pursued policies designed to offer voters, in the words of one minister, “stark choices.” In other words, the national interest is, and has been, subservient to Liberal party fortunes and the political wedge.”

The “frazzled” national mood was captured eloquently by Lt.-Gen. Michel Maisonneuve last November. His acceptance speech in receiving the Vimy Award for excellence from Canada’s defence community garnered great media attention – and it elicited both rebuke and ridicule from many in the Ottawa bubble whose livelihoods depend on propagating the government’s narrative.

Maisonneuve’s assessment of what ails Canada was frank. He took aim at the woke progressivism that is dominating dialogue in Ottawa and in legacy media. He attacked the legitimacy of the cancel culture with its sense of entitlement, woke journalists with their biased opinionated reporting, left extremists who are toppling statues and erasing history without punishment, and those who shirk personal responsibility by wearing “the coveted victim’s cloak.” Maisonneuve also skewered the Trudeau government’s sacred policy cow in stating, “Canada’s prosperity is being sacrificed at the altar of climate change…”

On the issue of the country’s leadership, without mentioning anyone specifically, Maisonneuve had this to say, “Today’s leaders must stop dividing those they lead! Hasn’t history shown us that success as a leader demands cohesion, unity and respect of all those they lead — not just those who agree wholeheartedly with them? Can you imagine a military leader labelling half of his command as deplorables, fringe radicals or less-thans and then expect them to fight as one? Today’s leaders must find a way to unite; not divide.”

He concluded his speech with the counsel, “Leaders lead. There is a difference between making a good decision, based on research and consultation, and making a decision because it is popular or it polls well. The best decisions are those made for the good of the whole — not just good for friends of the leader. Today, special interests have trumped the collective good. Making decisions for the collective good requires strength of character, the communications skills to explain, and a great deal of courage.”

For that honest assessment Maisonneuve was given a standing ovation from the audience, yet he was roundly pilloried by Ottawa’s talking heads as a figure out of touch with current thinking in Canada.

Another Canadian who has been providing frank assessments of Canada’s political scene has been served notice this week that his views are “harmful” and not going to be tolerated. Jordan Peterson is being subjected to a public condemnation by the Ontario College of Psychologists. The College is calling on Peterson to undergo mandatory social-media communication retraining for his political commentary shared on Twitter; as stated in Peterson’s own words “for holding and for daring to express reprehensible political views.”

Framed as a question of Canadians’ rights and freedom of speech, this argument is sure to captivate news headlines for weeks to come. Peterson sums up the significance of the fight in this way: “We are now in a situation in Canada under Justin Trudeau where practicing professionals can have their livelihoods and public reputations threatened in a very serious manner for agreeing with the Official Opposition and criticizing major government figures.”

Whether one considers Jordan Peterson, Rex Murphy, John Ivison, and Michel Maisonneuve as “bang on” clarions or “out of touch” contrarians is not so much the point as is their right to hold and make known their views of the country’s leadership.

To repeat, there are knowledgeable and insightful personalities that Canadians can depend on to shed light on what is occurring in the country. There are reliable news sources like Blacklock’s Reporter where Canadians can still find objective journalism and not the official government spin so often repeated in the subsidized legacy media. And aside from those already mentioned, here are a dozen more, reliable individuals who have been credibly assessing whether Canada is broke or not: Terry Glavin, Tristan Hopper, David Mulroney, Dan McTeague, Mathew Lau, Lorrie Goldstein, David Pugliese, Don Braid, Rupa Subramanya, Andy Lee, Anthony Furey, and Fr. Raymond deSouza.

Of course, there’s more of both clarions and contrarians Canadians need to continue to hear from –   unless, that is, you are comfortable with the narrative recounted by our PM and others in Ottawa.