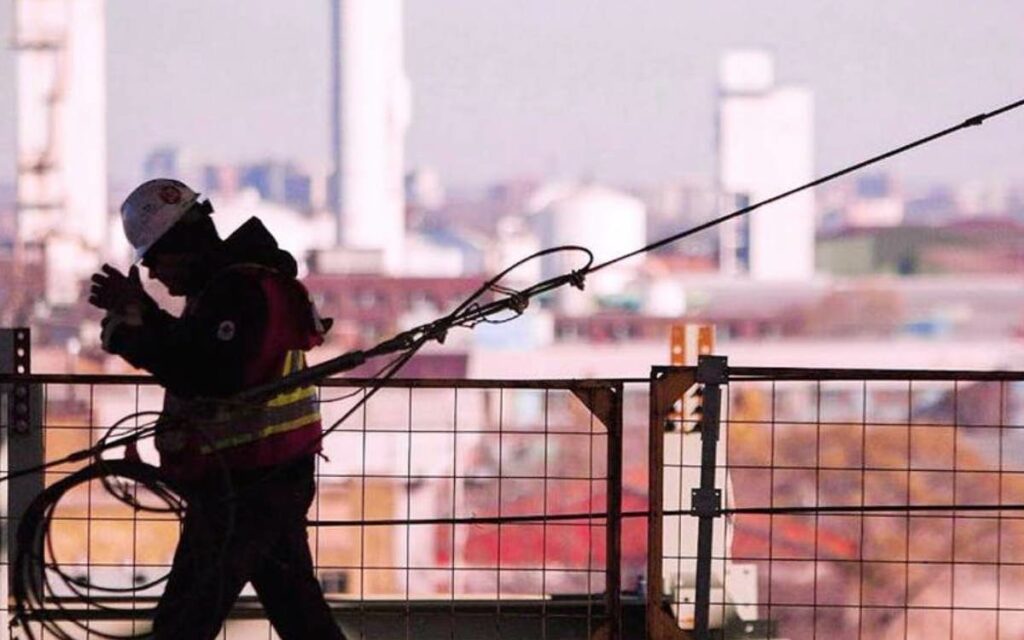 Only threat to the industry is policy that seeks to shut it down while still needed. Photo credit: The Canadian Press/Aaron Lynett

The idea of the need for a “just transition” for Canadian oil and gas workers is based on the false narrative that global demand is now decreasing and therefore Canada’s industry will no longer be profitable or important in the very near future.

This is not true. The reality is the only threat to Canada’s oil and gas industry is policy like this that seeks to reduce opportunities and ultimately shut down the sector while it is still needed.

Oil and gas will continue to be critical globally for decades to come, even as countries pursue strategies to reduce emissions and bring significantly more renewable energy online.

Canada can be the world’s oil and gas supplier of choice, providing customers reliable, responsible energy that is committed to emissions reduction and environmental excellence.

Meanwhile, Canadians can continue to benefit from hundreds of thousands of jobs, billions of dollars in government revenues that help pay for roads, schools and hospitals, economic reconciliation with Indigenous peoples, and the knowledge that Canada is helping reduce the world’s energy reliance on authoritarian regimes.

Fact: Oil and gas demand is as strong as ever and growing

Global demand for both oil and natural gas is firmly back near pre-pandemic levels and rising, according to the U.S. Energy Information Administration.

Total world energy consumption regardless of source is expected to grow dramatically in the coming decades as the population surges and more people are brought out of poverty. The United Nations forecasts the world’s population will reach 9.7 billion in 2050, an increase of 2 billion people compared to today.

Renewable energy like wind and solar is expected to grow dramatically in the long term – doubling between 2019 and 2030 and nearly doubling again by 2050, according to the International Energy Agency (IEA).

And demand for oil and gas is expected to grow at the same time. Based on the world’s current trajectory, the IEA projects oil demand in 2050 will be 103 million barrels per day, compared to 96.6 million barrels per day in 2019. Meanwhile, world natural gas demand is expected to reach 5.1 trillion cubic meters in 2050, up from 4.1 trillion cubic meters in 2019.

Canada’s oil and gas industry should grow in order to meet as much of that demand as possible.

Canada has among the world’s largest reserves of oil and natural gas and is recognized as a global leader in developing these resources with a commitment to environmental excellence and social responsibility.

With better access to global markets, Canada’s oil and gas can help countries reduce reliance on questionable producers like Russia, Saudi Arabia and Iran in the long term, creating a more secure and stable world.

Consider liquefied natural gas (LNG), an increasingly important commodity as economies in Asia and India seek to grow while getting off high-emitting coal-fired power. Global LNG demand is expected to double in the next 20 years, according to Shell’s latest LNG outlook.

Canada’s LNG projects – the first of which is currently under construction – are expected to have the lowest emissions of any LNG facilities on earth.

LNG Canada is expected to generate 0.15 per cent CO2 emissions per tonne of LNG, less than half the global average of 0.35 per cent per tonne, according to a report by Oxford Energy Institute.

The smaller Woodfibre LNG project, which recently got the green light to go ahead, would have an even smaller footprint of 0.032 per cent emissions per tonne of LNG, the company says.

Fact: Canada’s oil sands is on a short path to emissions reduction

In the oil sands, virtually all producers have pledged jointly to reduce total emissions and reach the global target of net zero by 2050.

There has already been success reducing emissions per barrel, or emissions intensity, by 20 per cent since 2009, according to IHS Markit. The consultancy expects total oil sands emissions – not just emissions per barrel – to start going down within the next five years, even as production grows.

Fact: Indigenous communities are benefiting more and more from oil and gas

A growing number of Canada’s Indigenous communities are becoming owners of oil and gas projects that can help reduce environmental impacts while lifting their members out of poverty.

“The trend in recent years has evolved towards nations asserting themselves as partners, owners and shareholders in resource development,” Heather Exner-Pirot, fellow with the Ottawa-based Macdonald-Laurier Institute wrote in a May 2021 report.

“This is often the most consequential way through which they can achieve economic self-determination and real leverage in how projects proceed, including having a more direct say in the environmental provisions of projects.”

The “just transition” would rob Indigenous communities of these opportunities.

Canada’s oil and gas sector supported nearly 400,000 jobs across the country in 2020, according to the Canadian Association of Petroleum Producers.

The industry paid $504.9 billion to federal, provincial, and municipal governments between 2000 and 2019, helping pay for important infrastructure like roads, schools and hospitals, according to CEC research.

Canada’s net debt rose above $1 trillion for the first time ever in 2020. Now is not the time for a forced “just transition” that would handcuff one of the country’s most important economic engines.

This article first appeared on the Canadian Energy Centre’s website on April 27, 2022. Reprinted here with permission.