Canada’s Shuttered Parliament and the Challenge to Our Democracy 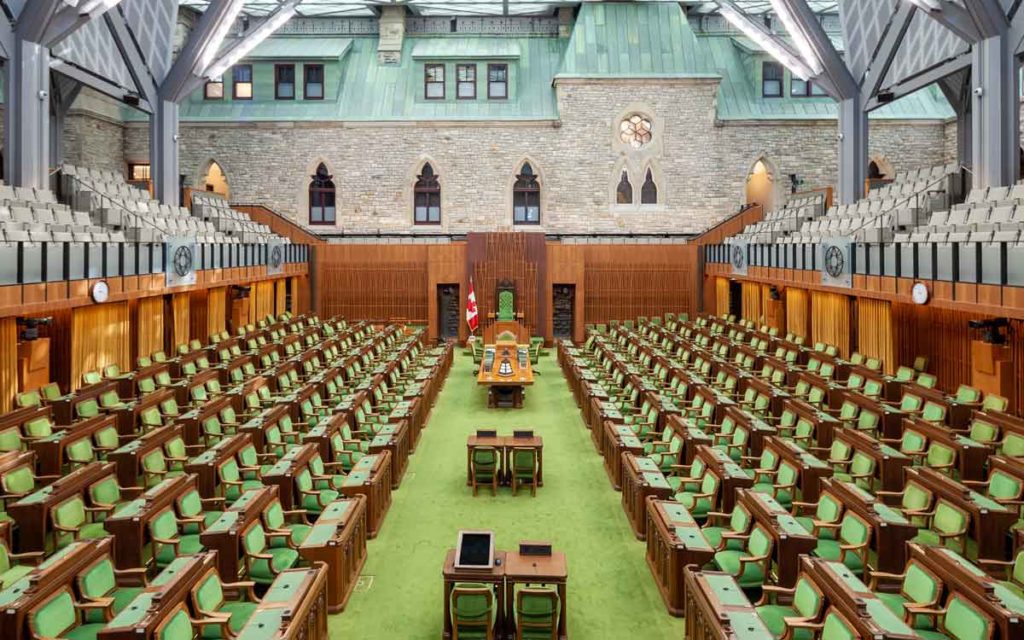 The House of Commons chamber in West Block. Photo: Library of Parliament

Democracy is never a thing done.

Democracy is always something that

a nation must be doing.

Canada’s federal Parliament has sat for a mere 40 days in almost 12 months. This week MPs suspended the House of Commons and they will not be back in Ottawa to debate the business of the Nation until September 21st (that is if an election has not been called). Given Canadians’ apparent lack of interest for what is happening in Ottawa, the question one must ask is, “Who really cares about what is happening to Parliament?” Yet, Canadians need to take note of its emasculated Parliament, for to paraphrase celebrated poet and Harvard professor Archibald MacLeish: we must use it or risk losing it.

Since the mid-March agreement by all political parties to shut down Parliament, Canadians have been entertained with a daily report from the Prime Minister on the Government’s respond to the COVID-19 pandemic. For the most part, opposition parties have been supportive of the Government’s endless announcements of relief measures. Governing has been smooth sailing for PM Justin Trudeau with a few notable exceptions. There was that dust up back in late March when Liberal MPs attempted a power grab that would allow the PM and Cabinet to spend money without parliamentary oversight until December 2021 – an overreach that was thwarted. Then, last week, the Government brought forward unseen legislation for MPs to enact an extension to the CERB payments. When the Liberals could not get cooperation to pass the measure from any other Party, they quickly recessed the House of Commons — frustrating all MPs, including veteran Liberal John McKay who acknowledged only four hours of parliamentary review to study $87-billion in government spending is inadequate: “It’s short-term gain for a long-term pain.”

For weeks PM Trudeau has continuously dismissed calls for a budget statement from his Government. Trudeau has argued that there are simply too many variables in play to assess what is in store for the Canadian economy. “There are so many things we simply don’t know … making projections about what our economy would look like in six months from now or a year from now is simply an exercise in invention and imagination.” Opposition parties are not accepting of the PM’s explanation. BQ Leader Yves-François Blanchet retorted: “The most poisonous pill of all of that is the government trying stubbornly to act as if there were not 338 people having been elected last October… We see that the Liberals are attempting to make the special rules last as long as they can in order to handle issues like if they were something between a majority government and the rule of a king.”

Indeed, the NDP gave its support to a Liberal motion to extend the suspension of MPs’ regular sittings until late September. This deal between Jagmeet Singh and Justin Trudeau will effectively shutter Parliament and send MPs packing for another 13 weeks – without the ability to debate national issues dealing with the country’s economic recovery, Chinese relations, protests, pipelines, etc…. without the ability to review spending programs and, egregiously, without a federal fiscal statement. Conservative Leader Andrew Scheer is incensed: “This is not a partisan issue, this is about whether or not a democratic country like Canada should have a functional Parliament.”

In the House of Commons, Scheer called for MPs to not suspend Parliament during the pandemic noting that both the British and Canadian parliaments sat through two world wars and scores of crises. Scheer argued, “Democracy has unquestionably evolved in the intervening centuries, one of the few constants amidst this change is that the House of Commons always meets in person… Government scrutiny has largely been left to press conferences that the prime minister controls. The prime minister hosts a morning show at his doorstep, followed by a late show often hosted by the deputy prime minister.” Scheer expressed his profound disappointed in the Liberal-NDP deal to suspend Parliament by concluding: “I have never seen so many members of parliament work so hard during an election campaign to get elected and then work hard to not have to work hard.”

The Liberals’ dismissal of Canada’s democratic traditions has the national press corps itself bewildered. Lorne Gunter of Sun Media asks: “Where’s the outrage at the Liberals crushing Parliamentary procedure? The Liberals – who only have a minority – have largely governed without opposition for the past three months and intend to continue doing so for at least three more.” Financial Post columnist William Watson asks: “Why was this government’s reaction to the crisis to first curtail debate and then shutter Parliament altogether until fall?” and then makes the observation: “When the Liberals talk of “Canadian values,” they don’t mean democracy.”

The erudite Rex Murphy remarks: “The House of Commons is an empty gilded shell on a deserted hill in the heart of a city that is supposed to be the heart of Canada’s democracy…. We have the most impotent Parliament in Canadian history during one of the greatest crises in Canadian history. Terribly, it has signed onto its own impotence and irrelevance; it has conceded that it does not count when it should matter most. This is a national shame.”

It was Robert Hutchins, the twentieth Century American philosopher, who opined in his Education of the Modern Man: “The death of democracy is not likely to be an assassination from ambush. It will be a slow extinction from apathy, indifference, and undernourishment.” Certainly, Canadians’ seemingly lack of concern for the Trudeau Liberals’ continual chipping away of parliamentary traditions is putting Hutchins’ statement to the test.

As a post-script, the latest Angus Reid poll places the Liberals with a nine point lead over the Conservatives among decided voters. A May 2020 Nanos survey recorded high satisfaction marks for the federal government performance and steady approval ratings for PM Trudeau. It is conceivable that this minority Liberal Government may not have to face Parliament again before it faces Canadians to restore Justin Trudeau with a democratically elected majority. 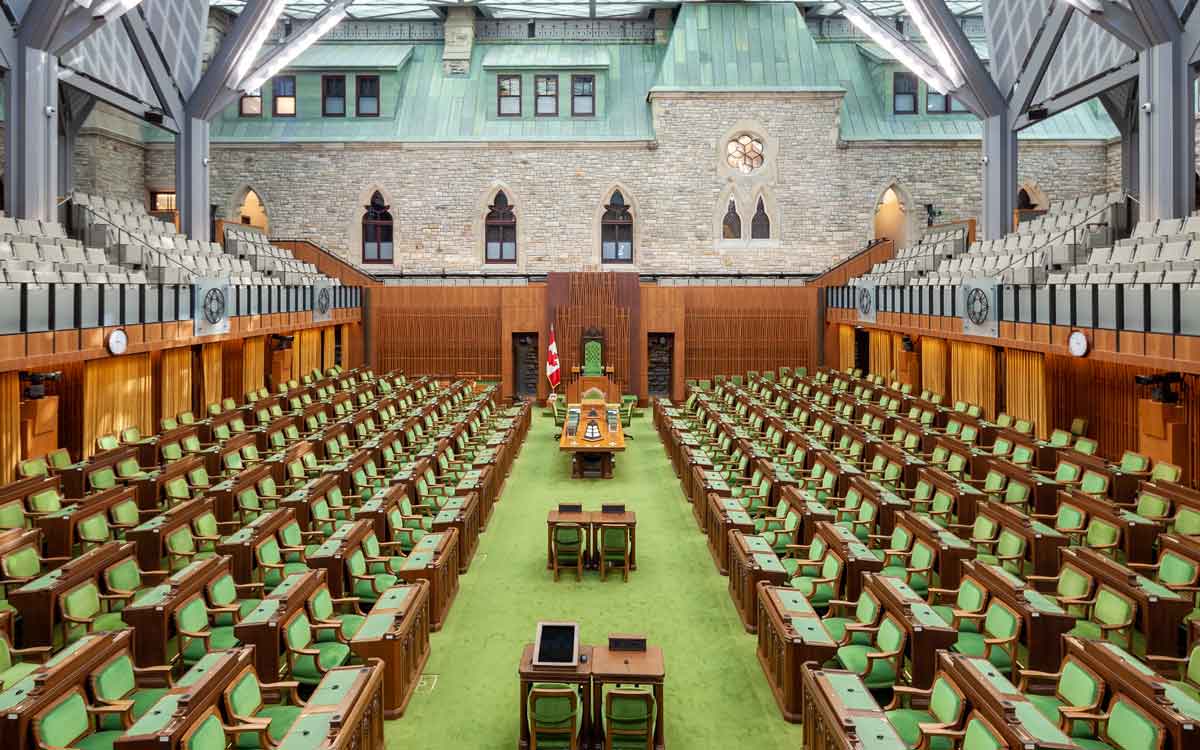