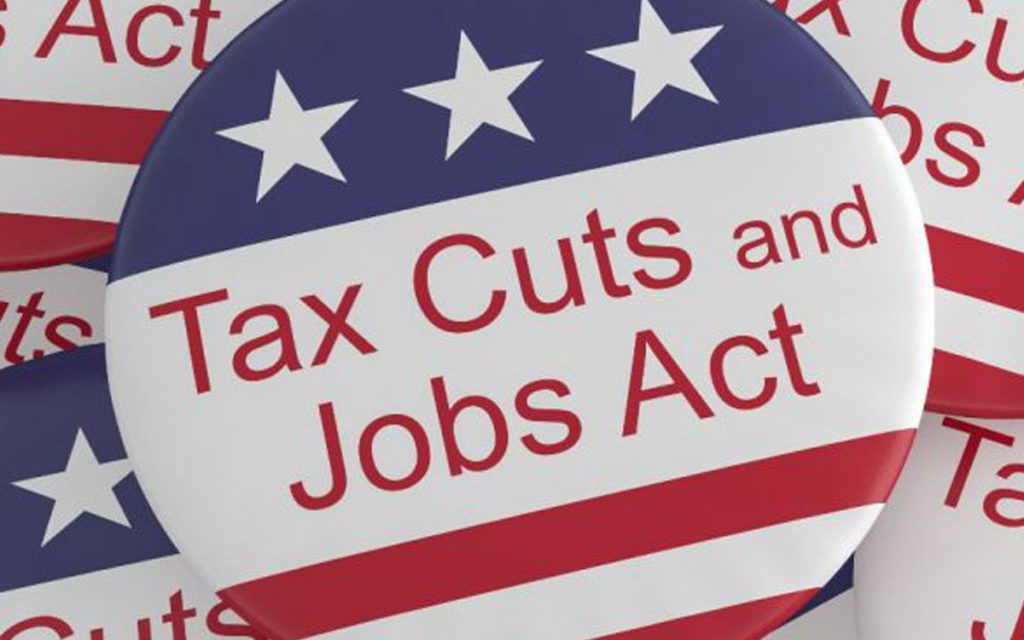 In December, U.S. President Donald Trump unveiled a tax plan that effectively cuts America’s top corporate tax rate from 35 per cent to 20 per cent and allows companies to immediately deduct from their tax bills the full cost of capital spending. Proponents of the tax package predict this will boost business investment in the United States and encourage U.S. companies to repatriate money they previously held abroad.

In a recently released economic report by PricewaterhouseCoopers (PwC), Canadians are warned that the American tax plan will siphon 650,000 jobs from Canada over the next 10 years as businesses shift their activity south of the border.

The PwC report was commissioned by the Business Council of Canada (BCC), a non-profit, non-partisan association composed of 150 Canadian corporate executives and business entrepreneurs. It estimates the U.S. tax cuts will reduce Canada’s economic output by some $85 billion a year and shrink our economy by 4.9 per cent. The hardest hit provinces would be Ontario, Alberta and Quebec because of their high concentrations of capital-intensive businesses. The report concludes that the U.S. tax change “has eliminated one of Canada’s main competitive advantages” and in particular has made the U.S. “a substantially more attractive place to locate capital-intensive businesses.”

The most striking statement in the report, however, is the fact that the negative impact of this U.S. tax reform on Canada’s economy could be 10 times greater than the potential fallout of a failed NAFTA agreement.

The American tax plan has altered the playing field that drastically. Canada’s combined federal and provincial corporate tax rate remains about 27 percent, a total of seven percentage points above the U.S. tax rate.

Ignoring this reality of the new tax landscape could be devastating for Canadian businesses. John Manley, BBC president and CEO (and a former finance minister in Jean Chretien’s government) puts it this way, “This report underlines the need for the federal government to respond to U.S. tax reform with a comprehensive plan to strengthen Canada’s economic competitiveness. Failing to respond to U.S. tax reform puts Canadian jobs and prosperity at risk at a time when Canada is already wrestling with rising protectionism.”

The Canadian Chamber of Commerce president Perrin Beatty says the U.S. tax changes are a wake-up call. “I believe that urgently the federal government should be pulling together the provinces and municipalities to address this issue of the tax and regulatory burden — and say, ‘What can we do in Canada to ensure that we remain competitive?’”

Foreign investors are staying away from the country and 2017 Statistics Canada figures reveal foreign investment is flowing freely away from Canada at unprecedented rates.  Foreign direct investment into our country is at a low of $30 billion. In contrast, the investment Canadians make abroad has now reached a record $100 billion.

This compounds the problem that our Canadian business community is already suffering from a lack of investment. A 2017 study by Philip Cross, former chief analyst at Statistics Canada, ranked Canada 16th of 17 countries for business investment between 2015 and 2017, compared to eighth place from 2009 to 2014.

The C.D. Howe Institute complements this study with one of its own that finds capital spending by Canadian businesses has plummeted with this Liberal Government. For every dollar of new investment enjoyed by the average U.S. worker in 2017, a Canadian worker enjoyed a mere 59 cents — by far the worst recorded performance in Canada ever.

This sets the stage for the federal government’s fall economic update expected in October. Finance Minister Bill Morneau has repeatedly dismissed across-the-board cuts to the tax rate on business income. However, in the face of mounting pressure from Canadian business leaders, finance department officials are now hinting Mr. Morneau’s update will include targeted tax measures to boost the country’s competitiveness.

So, as Canadians are transfixed by the collapse of the NAFTA negotiations, our country’s business leaders are anxiously awaiting the government’s response to a fate potentially ten times worse.