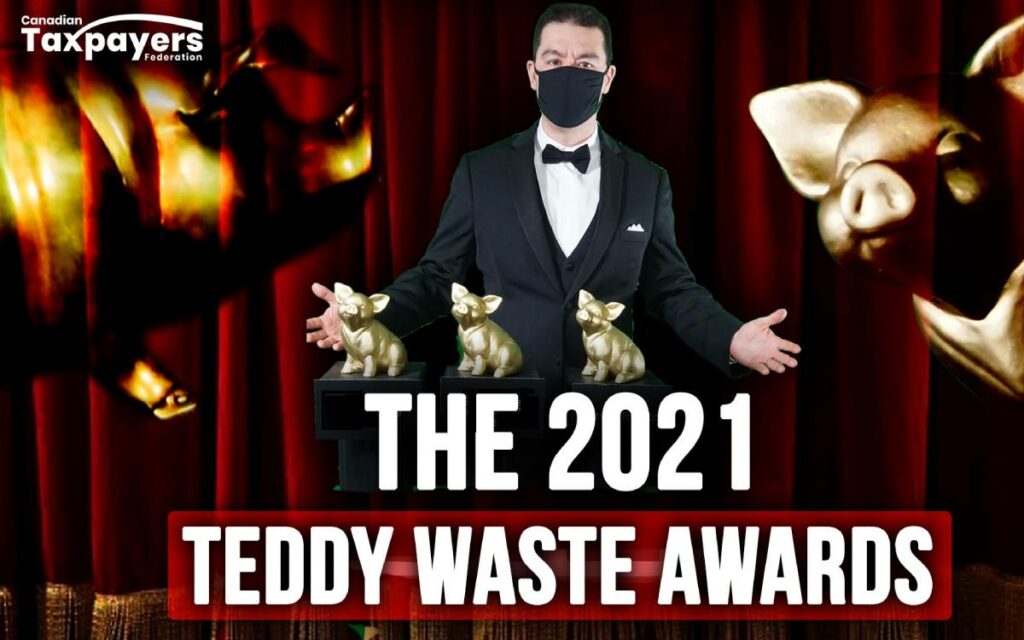 The Canadian Taxpayers Federation yesterday held its 23rd annual Teddy Waste Awards ceremony in a special virtual presentation, celebrating the best of the worst in government waste uncovered in the past year.

The Teddy, a pig-shaped award given annually by the CTF to government’s worst waste offenders, is named for Ted Weatherill, a former federal appointee who was fired in 1999 for submitting a panoply of dubious expense claims, including a $700 lunch for two.

“Former governor general Julie Payette blew hundreds of thousands of dollars on her inauguration and bizarre housing renovations before resigning under a cloud of controversy,” said CTF Federal Director Aaron Wudrick. “And the Quebec government’s remarkable ability to crash ferries into docks has soaked taxpayers for millions.

“Meanwhile, taxpayers in Toronto spent $160,000 to install bike lanes, and then another $80,000 to rip the same lanes out again just five months later. And no one will be surprised that the Phoenix Pay System, after years of being an enormous financial sinkhole, has earned the distinction of a lifetime achievement award.”

Former Governor General Julie Payette’s turbulent tenure at Rideau Hall was apparently less than friendly to her staff and it wasn’t taxpayer friendly either. Payette spent more than $650,000 on her swearing-in ceremony and another half a million on renovations at the governor general’s residence, even though she never actually moved in. The investigation into her dubious management style cost taxpayers another $393,000. Even though Payette has blasted off, as a former GG, she’s still allowed to bill taxpayers up to $200,000 a year for office expenses thanks to the government’s ludicrous lifetime expenses policy.

The Quebec government’s ferry agency bought a ship called the F.A. Gauthier, to shuttle people across the St. Lawrence at a cost of $175 million, but the ship turned out to be a very expensive lemon and had to undergo repairs. To keep the ferry service operating in the meantime, the STQ bought a used ship from Newfoundland for $2 million and proceeded to crash it twice within the first month of service before it was written off as unseaworthy. Last but certainly not least, the agency bought a third ship and spent $45 million putting it into service and it too has twice hit a dock.

The City of Toronto spent $160,000 to build four kilometres of bike lanes on Brimley Road in July of last year as part of the city’s pandemic response. Then, the city decided to tear them out just five months later, costing taxpayers another $80,000. That means taxpayers wasted a quarter million dollars – equal to the property tax bill of 80 Toronto households – with nothing to show for it.

The Phoenix Pay System is a beleaguered federal project that spans 12 years, two governments and more than $2 billion of wasted taxpayers’ money. Public Services and Procurement Canada’s Phoenix pay system project started as a plan by Stephen Harper’s Conservatives to save taxpayers money and ended up doing quite the opposite. Phoenix’s cost overruns and delays saw thousands of federal bureaucrats not getting paid properly for years, or, in some cases, paid far too much. The Trudeau Liberals also deserve part of the blame after they ignored repeated warnings that the system was not ready and decided to launch it anyway. Phoenix has finally been fixed, but one last news story has risen from the ashes to stiff taxpayers: earlier this year it was revealed that bonus payments totalling $1.7 million were paid to senior bureaucrats responsible for the program’s implementation.

Federal – Health Minister Patty Hajdu for taking multiple weekend trips home to her Thunder Bay riding on government aircraft at a cost to taxpayers of over $73,000, despite repeatedly imploring Canadians to avoid non-essential travel and the fact public gatherings in Thunder Bay were prohibited at the time.

Federal – Prime Minister Justin Trudeau for his failed $2.3-million campaign to win a seat on the UN Security Council, including $24,000 for candles, keychains and lollipops.

Provincial – British Columbia’s TransLink for announcing that agency executives would all be taking a 10 per cent pay cut last spring. Freedom of information requests obtained by the CTF revealed that TransLink executives used federal and provincial emergency COVID money to quietly reverse the very pay cuts.

Provincial – The Government of Quebec for spending $30 million to buy shares in Flying Whales, a French start-up firm that manufactures zeppelins.

Municipal – Calgary city councillor Joe Magliocca for billing taxpayers hundreds of dollars for steaks, wine and martinis while on an official visit to Quebec City. An investigation revealed that people listed on Magliocca’s receipts said they never sat down with him. A forensic audit into the debacle cost taxpayers $64,000.

Municipal – The Montreal borough of Rosemont-La-Petite Patrie for spending $63,000 on snow making equipment even though Montreal gets more than two metres of snow per year. 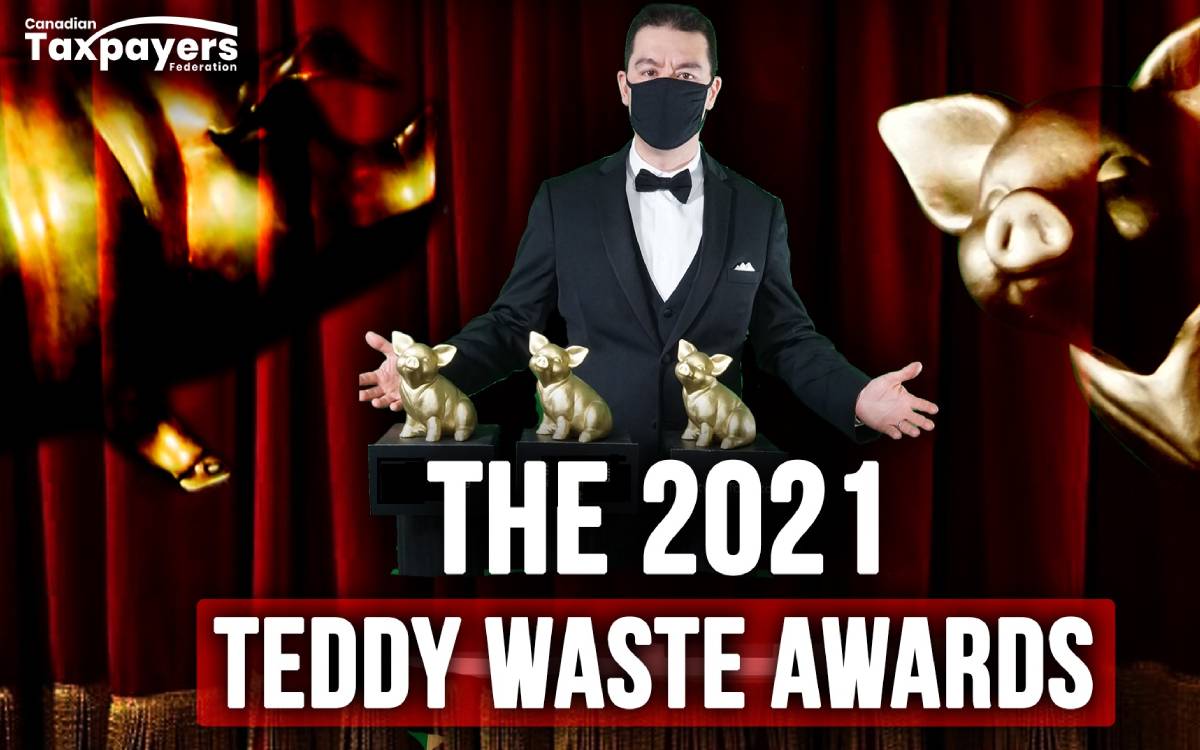