Canadians will get to vote on the carbon tax – Part 1 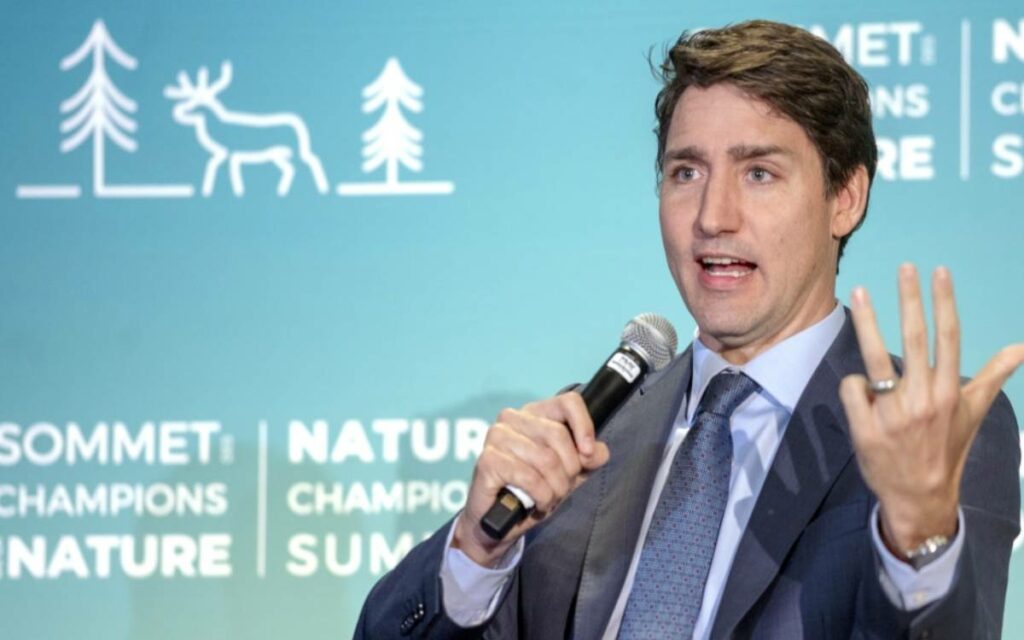 The Trudeau Liberals argue that taxing pollution is an essential component of the country’s environmental commitment.

The federal government once again hiked the carbon tax on April 1st as per its publicized schedule of annual tax increases. Recall this time last year, during the height of the pandemic crisis, Canada made international headlines as the only country that was hiking taxes while the global economy was shut down.

PM Justin Trudeau and the governing Liberals are wholly committed to the carbon tax. The Conservative Party has announced it is opposed to the tax. So, it appears, Canadians will get a chance to vote on the carbon tax regime in the next election.

The Trudeau Liberals argue that taxing pollution is an essential component of the country’s environmental commitment and the PM has stated ad nauseum that this carbon tax is revenue neutral. Conservatives point out that both these claims are false: a tax does not constitute a serious environment policy and this carbon tax is nothing but a tax grab. Organizations from the Canadian Chamber of Commerce, to Canadians for Affordable Energy, to the Canadian Taxpayers’ Federation (CTF) have been similarly critical, stating this carbon tax regime is adversely impacting Canadians.

On Thursday the federal carbon tax increased by $10 to $40 per tonne, which increases pump prices by approximately nine cents per litre according to the Canada Revenue Agency. It also raised Canadians’ cost of heating their homes (although the CRA have not provided the exact figures for these increased bills).

The bottom line is that the Liberals’ carbon tax hikes are going to raise the cost of everything for Canadians. According to the government’s own schedule of tax hikes, taxes paid at the pump on each fill-up by 2030 will be an additional $27 for a minivan, an additional $45 extra for a pickup truck, and truck drivers will pay an additional $204 to fuel their tractor trailers. Consider what this means for commuters each week.

Canadians will also experience increased taxes on their home heating, natural gas and propane bills. One estimate from the CTF factored that a home using 2,700 cubic metres of natural gas per year would be dinged an extra $240 in taxes each year.

This tax will hit farmers and truckers hard and Canadians will experience hidden tax increases with groceries and merchandise bills. It will be difficult to factor and track these tax increases as they will be unseen, folded into the cost of goods.

There is also the additional GST that is collected on all of this tax. The federal government is taxing the carbon tax. The CTF estimates, in 2019, Ontarians alone paid $243 million in GST on top of carbon tax charges.

These tax increases are only a third of the story when it comes to the Liberal Government’s tax grab. The government has announced a three-prong carbon tax regime: 1) the scheduled carbon tax hikes; 2) a new Clean Fuel Standard (CFS) carbon tax on the country’s business community to take affect January 1, 2022; and 3) multiple green measures and subsidy programs that are estimated to cost Canadians $15 billion in the short term.

With the yet-to-be-imposed CFS tax, the federal government estimates this new tax will increase energy costs by an additional $208 annually for households by 2030. There is no CFS rebate system planned to defray these increased taxes.

Add all the carbon taxes up and the average Canadian will be paying north of a thousand dollars in additional taxes each year. And perhaps much more according to the Environment Minister Jonathan Wilkinson. On the news that the Supreme Court of Canada ruled in favour of the federal government’s right to impose the carbon tax, a delighted Minister Wilkinson told CBC News that the next step for the country will be to set new emission targets that will exceed the targets stated under the Paris Agreement. One can assume from this statement that the schedule of Liberal carbon tax hikes will be recalculated and – hiked.

In a fall government document on their environmental agenda, the Liberals explained the rationale for their carbon tax. The document states: “The principle is straightforward: a carbon price establishes how much businesses and households need to pay for their pollution. The higher the price, the greater the incentive to pollute less, conserve energy and invest in low-carbon solutions.” By taxing Canadians increasing amounts, the government intends on meeting its emissions targets. (Yet this strategy is questionable given Canada’s emission levels have notably increased since the imposition of the carbon tax.)

Conservative Leader Erin O’Toole vehemently disagrees with this approach of taxing Canadians and has promised to provide a viable alternative to meeting Canada’s emission targets. O’Toole states, “We’re in the process of creating a very comprehensive plan that will reduce emissions without some of the negative aspects of Mr. Trudeau’s Ottawa-imposed carbon tax.” O’Toole explains the Liberal carbon tax “will hurt some of the people at the margins, will hurt small businesses who cannot be made whole for the cost, and will hurt some of our cross-border opportunities because there is no carbon price in the United States.” O’Toole adds, “It’s not a market-based approach if our largest competitor does not have the input price for carbon.”

O’Toole explains the Conservative approach to scrap the carbon tax is not denying Canada’s role in contributing to global warming solutions, “Climate change is real and it’s important for us to have a serious approach. I want to have a plan that Canada can meet its targets. I’ve also said I’d like to see a net-zero approach plan, a made-in-Canada net-zero approach plan over the longer term, which is the 2050 timeline, but to do it without taxing people. As I said the carbon tax impacts our competitiveness and it hurts people in the margins the most. I think it’s backwards to be honest.”

Current public opinion suggests that one in two Canadians agree with the Conservative Leader. A recent Leger research poll indicates 52 per cent of Canadians do not support annual carbon tax hikes. One in three (32 per cent) are in favour, and the balance (16 per cent) are undecided. More than two-thirds do not like the tax increases at the pumps (68 per cent) or on home fuel (67 per cent); half (49 per cent) do not like the fact that Canadian businesses are being taxed extra; and half (49 per cent) do not believe the carbon tax is revenue neutral.

When Canadians already are spending considerably more of their income on taxes than on life necessities, to insist on a schedule of increased carbon taxes may be too much to ask. For a growing number of tax-weary Canadians, the upcoming federal election will bring a welcomed opportunity to vote on the matter. 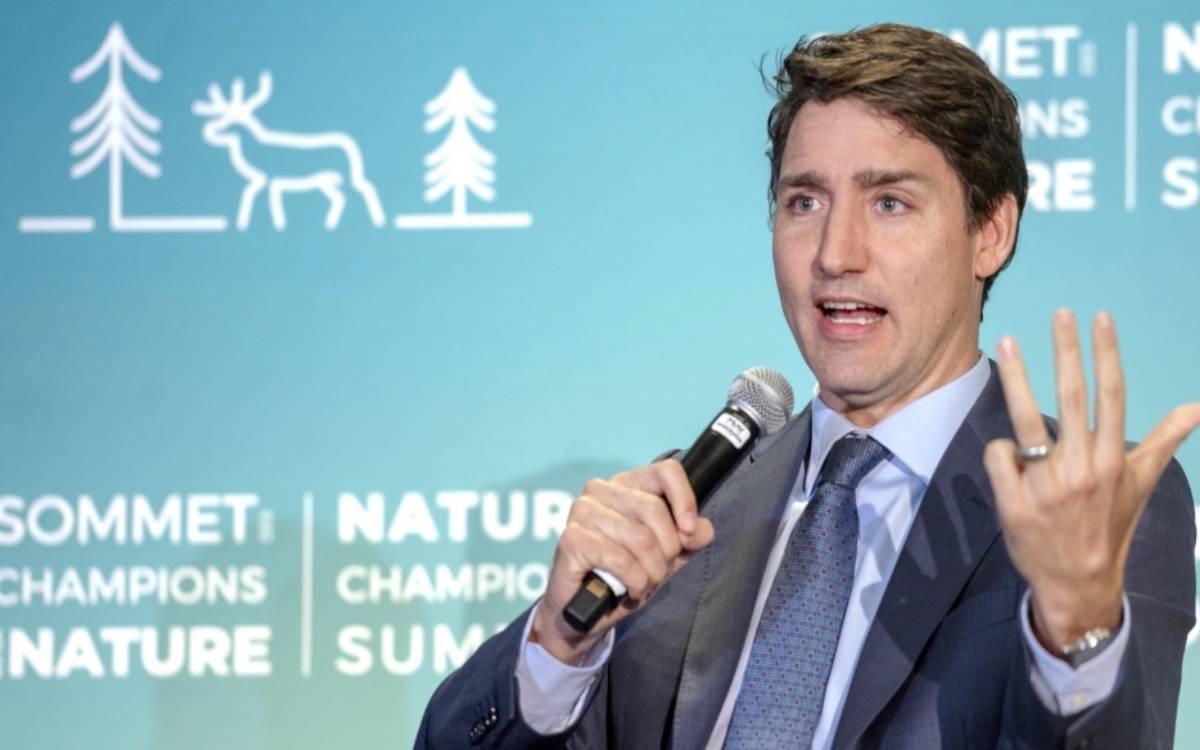