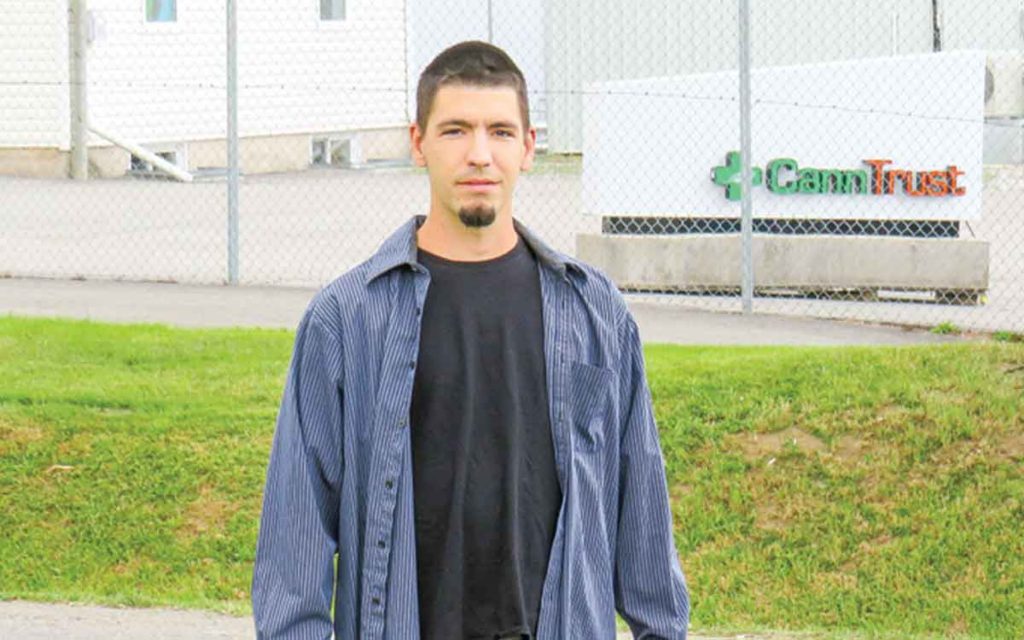 It appears clear that CannTrust’s by now widely reported non-compliance violations with Health Canada are the result of a whistle-blowing former employee.

While Health Canada wouldn’t confirm this, a surprise inspection by federal regulators on June 17 uncovered 5,200 kilograms of unlicensed cannabis at CannTrust’s Fenwick facility.

Two days earlier, on June 15, Fenwick resident Nick Lalonde, who worked at the Balfour Street site for almost two years, had emailed the Voice and several Health Canada employees with various allegations of infractions— including cannabis being grown in unlicensed areas.

“It wasn’t licensed,” Lalonde told the Voice. “How did I know that? Because one day my manager came up to me at 7:30 at night and said, ‘Nick, we’re going to be hanging poly wall, we’re going to hang all the poly walls up to hide the plants … we just need to take some pictures.’”

Lalonde, 28, who said he quit his job at CannTrust in May, explained that Health Canada often simply relies on photographs supplied by cannabis growers to ensure that they are playing by the rules.

“I kind of figured that was strange, and that was the kind of beginning of the end for me,” Lalonde added. “I’m not into criminal stuff. We were literally hanging up poly walls to hide thousands of plants from Health Canada so we could snap a picture and then send that to them.”

Harvested cannabis buds drying on racks in a climate-controlled drying room at CannTrust’s Fenwick production facility, in June. With already approved expansion plans to essentially double their Balfour Street location’s output by the end of 2020, CannTrust was on track to produce some $1 billion dollars worth of cannabis per year before their current difficulties.

Health Canada subsequently put a sales freeze on the unlicensed product, while CannTrust itself has since voluntarily put a hold on another 7,500 kilograms of dried cannabis. The combined 13,000 kilograms of pot constitutes the majority of the company’s current inventory, and by the Voice’s calculations is valued at approximately $110 million dollars.

On Thursday, the company said that it was suspending all sales of its cannabis products, and that its board of directors would conduct an investigation into the allegations of wrongdoing.

The ensuing reaction has been negative for CannTrust, to put it mildly. The company’s stock price plummeted almost 50 percent last week, closing at an all-time low of $3.34 per share. Meanwhile, several law firms are gearing-up to file class-action lawsuits on behalf of shareholders and others who may have suffered financial losses amid the turmoil. As of Friday morning, Lalonde said that he had been approached by 11 law firms as a potential witness.

Some analysts predict that the company could lose its cannabis production licence entirely— a scenario that seemed unlikely last Monday, until more bad news rolled in as the week progressed. BNN-Bloomberg reported that Heath Canada cited CannTrust 15 times for “major or critical observations” from 2015 to 2018.

Certain CannTrust products were withdrawn from sale by Ontario and Alberta regulators, and CannTrust’s Danish partner quarantined affected shipments, leading to concerns of a cannabis shortage in Denmark.

“As CannTrust voluntarily disclosed earlier this week, we are conducting a full internal investigation and preparing a report to the regulator, including mitigating factors,” an unnamed spokesperson said in a release provided last week by Strategic Objectives, the Vaughan-based company’s public relations firm. The statement did not answer Voice questions about Lalonde’s claims.

“We owe our full response to Health Canada regarding specific details and responsibility. That is the road back to compliance. Until that time we are unable to comment on specific details or the actions of current or former employees.”

In late May, after Lalonde posted messages online which were critical of the company, he received a letter on CannTrust letterhead threatening him with legal action for libel.

“The post are defamatory in nature,” the letter read in part, “and create the impression that CannTrust has made misrepresentations to employees, customer, shareholders, and regulators. The posts are derogatory and present CannTrust as dishonest….”

The company did not respond to repeated requests to confirm the letter’s authenticity.

Lalonde also asserts that CannTrust cut corners in terms of disposal when he was there. As a former specialist in the destruction of unused cannabis, he said that regulations require the product be mixed with cat litter and water before being disposed of. Instead, Lalonde asserts, the company simply used cheaper screenings—the type of small gravel seen in patio construction.

Lalonde provided screen-captures from his phone that he asserted proved that the gravel was ordered in bulk. The Voice has not independently verified that the orders were made or delivered.

The Voice asked Health Canada if it is normal to require only a company-supplied photograph to be submitted for compliance checks. Maryse Durette, a Senior Media Relations Advisor at Health Canada, alluded to these as “evidence packages.”

“[Producers] must submit evidence packages to demonstrate to the department that they have a complete facility or expansion that meets the regulatory requirements, including physical security, record keeping and product-quality requirements,” Durette said. “This evidence is verified through on-site inspections which can occur at any time.”

Lalonde maintains that the procedures are lax.

“They do come by for audits, but it’s a joke,” he said. “They’re just asking me all these questions, and I’m answering them, and they believe everything I said.”

Regardless, Lalonde said that Health Canada should have access to all of CannTrust’s security video.

“The cameras in the facility, they’re recording 24-7. And those recordings go to two servers—they go to CannTrust and Health Canada servers,” he said.

“I told Health Canada to check the cameras.”

Asked why he decided to come forward, Lalonde said that his main motivation was to “show the country and the world that you shouldn’t be scared to stand up for what’s right. And for all the amazing employees that CannTrust lied to and made do illegal activities, risking their future for minimum wage.”

With additional reporting by Dave Burket

This story originally appeared in The Voice. 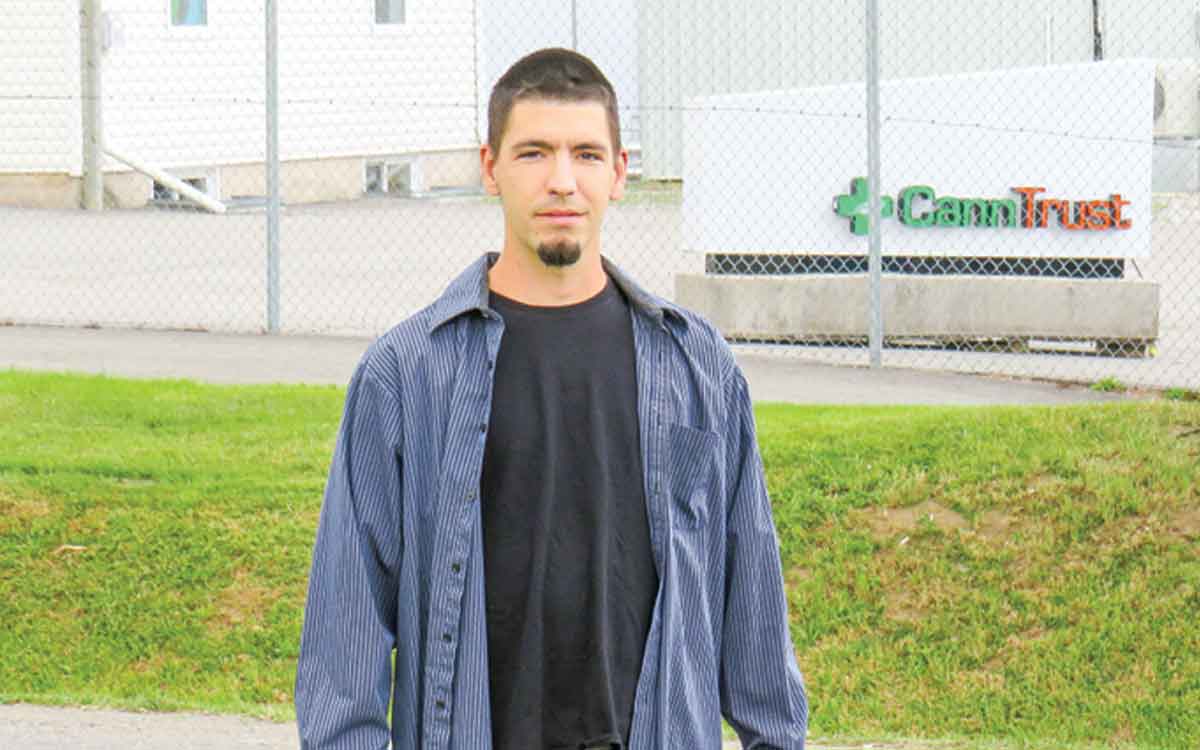