Carbon Tax – Who pays what and how 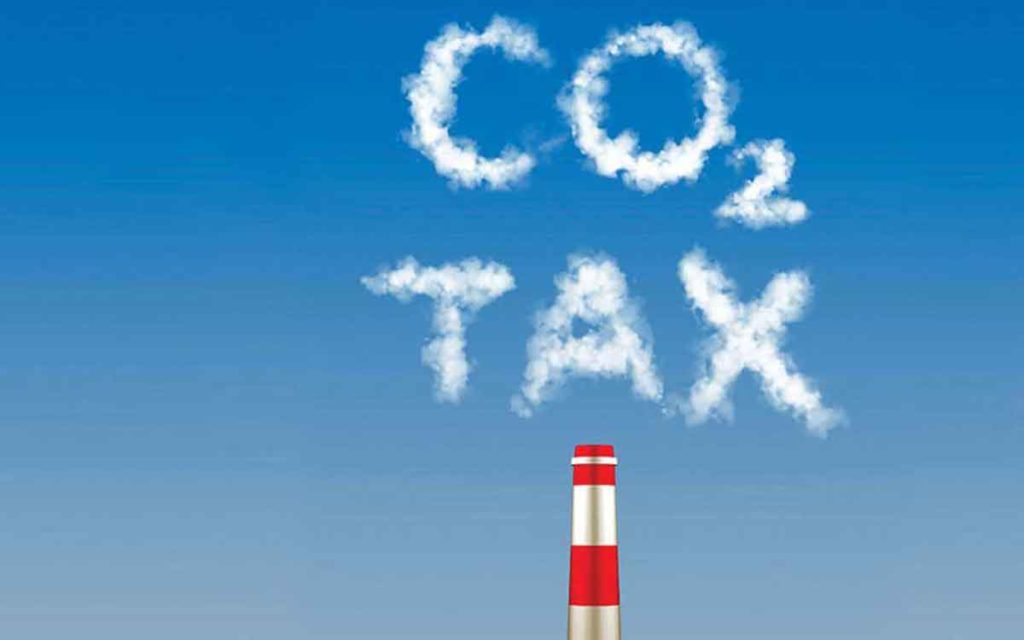 As of Jan. 1, every Canadian and all Canadian businesses are paying a price on carbon. The federal Greenhouse Gas Pollution Pricing Act means provinces that do not have their own price on pollution that meets a federal standard get the federal carbon tax applied to them. That includes Manitoba, whose premier talked Monday about the prospect of replacing the federal charge with a home-grown version. The federal tax is currently $20 a tonne and will rise $10 a year, on April 1 of each year until it hits $50 a tonne in 2022.

For individuals and businesses with relatively small emissions, that carbon levy is applied to liquid and gaseous fuels at the point of purchase. Households receive rebates on their income taxes to offset the cost of the carbon tax. The amount varies by province to account for different uses of fossil fuels.

There is a separate carbon pricing system for big industrial emitters. It charges the tax on a portion of their emissions, rather than on the fuels they purchase. This is known as the “output-based pricing system,” and the carbon price is charged on between five and 20 per cent of those emissions depending on the industry.

Some provinces have both federal systems in place, while others use one or the other. Here’s a quick glimpse at how the national price on pollution works in every province and territory.

Charges a provincewide carbon tax of $40 per tonne on fossil fuels including gasoline, natural gas and diesel. The B.C. government intends to raise the tax to $45 on April 1, and to $50 on April 1, 2021.

B.C. uses revenues to invest in clean technology and environment policies, as well as provide direct rebates to individual households with an income-based tax credit. The credit is worth up to $154.50 per adult (or for the first child in a single-parent home) and $45.50 per child. The credit is phased out as income rises, and eliminated completely for any family with a net income over $62,964.

The carbon rebate in Alberta will amount to $888 for a family of four in 2020. The amount represents a rebate for carbon tax paid over 15 months, from January 1, 2020 to March 31, 2021, because Albertans were not included in the rebate program last year.

Ottawa recently approved the Alberta system for big emitters, which charges $30 a tonne on emissions from facilities that emit more than 100,000 tonnes a year. Those facilities are each asked to reduce emissions by 10 per cent in the first year, and one per cent per year after that. If they don’t hit those reductions, they pay the carbon tax on whatever they emit over their cap, or buy credits from firms that exceed their targeted reductions.

Saskatchewan has a large industrial carbon price that partially meets Ottawa’s requirements, so Ottawa is charging its output-based carbon price on electricity generators and pipelines that are not subject to the provincial system.

Manitoba families and small businesses pay the federal carbon levy. A Manitoba family of four received $339 from the Climate Action Incentive in 2019 and will receive $486 in 2020.

The province is also subject to the output-based system on any facility emitting more than 50,000 tonnes of greenhouse gas each year.

On Jan. 20, Premier Brian Pallister raised the possibility of replacing the federal levy with a provincial one, which he said should be “flat and low like the prairie horizon.”

Ontario families and small businesses pay the federal carbon levy. Ontario challenged Ottawa’s authority to impose the carbon levy in court and lost and is now appealing to the Supreme Court of Canada.

The province is also subject to the output-based system on any facility emitting more than 50,000 tonnes of greenhouse gas each year.

Quebec has had a cap-and-trade system since 2013. The system sets caps on emissions by industry, and companies that cannot reduce their emissions below that cap must buy credits from a carbon market shared with California. Each jurisdiction sets a minimum price per tonne for credits, which in Quebec last year was the equivalent of $20.82 per tonne of emissions.

New Brunswick is subject to the federal carbon levy of $20 a tonne but on April 1, it will switch to a provincial system. The details of that system are still to come but will involve introducing a price per tonne on carbon and then reducing the province’s gas tax by a similar amount to make the cost to individuals mostly neutral.

New Brunswick industry is also subject to the federal output based system at the moment but has proposed its own version that requires big emitters to cut pollution by 10 per cent over the next decade.

P.E.I. has a provincial carbon levy of $20 a tonne on most liquid and gaseous fuels with the exception of furnace oil and propane.

P.E.I. opted to use Ottawa’s output-based system for big emitters.

Newfoundland and Labrador introduced a carbon price of $20 per tonne on Jan. 1, 2019. At the same time it reduced its provincial gas tax by about the same amount.

The province has an output-based system for big industry that sets targets for cutting emissions.

Opted to use the federal carbon levy but was allowed to collect the revenues itself. It is providing rebates of about $172 per family of four in 2019 and 2020.

Yukon is paying $20 per tonne on fuels. The territory is exempt from paying the tax on aviation gasoline and aviation turbo fuel.

The territory is also using the federal output-based system for big emitters.

1:44Microsoft plans to erase its entire carbon footprint by 2050

Microsoft plans to erase its entire carbon footprint by 2050

Implemented a territorial carbon tax of $20 per tonne last fall, with various rebates and offsets to aid residents, including a 100 per-cent point-of-purchase rebate on the carbon tax on home heating fuel, and a cost-of-living benefit of $260 per adult and $300 per child.

Opted to use the federal carbon levy. Nunavut is reducing the cost to individuals by covering half the levy, meaning instead of the cost of five gallons of gasoline going up 90 cents, it will go up 45 cents, with the territory paying the other 45 cents. The levy applies to all fuels except aviation gasoline and aviation turbo fuel. 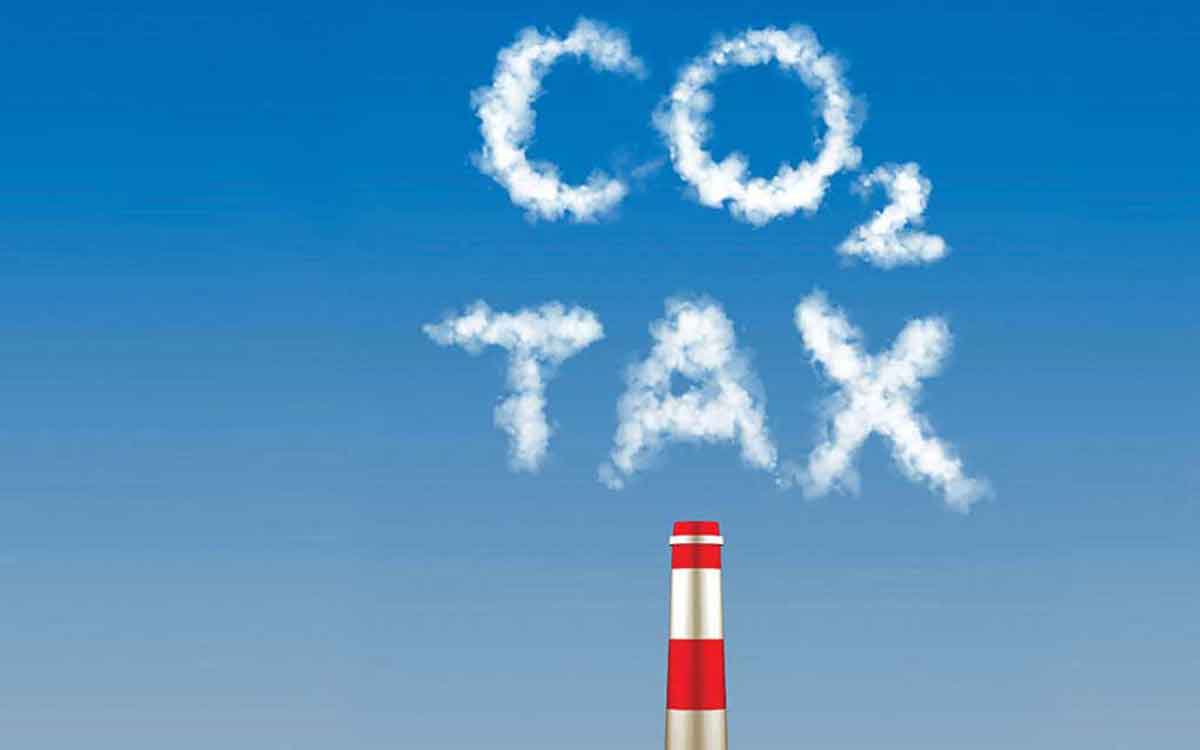