Carbon taxes on the agenda again 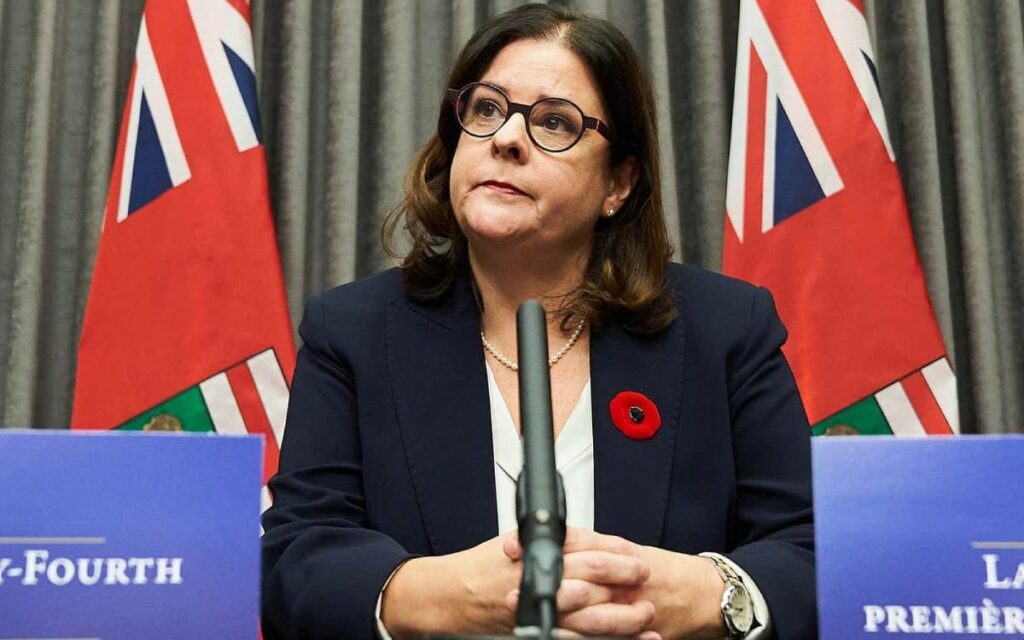 Premier of Manitoba Heather Stefanson. Like Saskatchewan’s Scott Moe, Stefanson is hoping to craft a made-in-province carbon pricing plan that will be approved by the federal government that aligns with Manitoba’s unique needs and desires. Photo credit: CBC

After having had some experience with the federally imposed carbon tax, and having lost constitutional challenges against the tax at the Supreme Court of Canada, some provinces are now contemplating changes to the tax in their jurisdictions.

Earlier this week, Saskatchewan Premier Scott Moe commented that the province had submitted another carbon tax plan to the federal government following the rejection of the previous plan in mid-2021. Moe stated that he fully expected the new plan to be accepted, as similar plans had been from other provinces. Although federal environment officials said they would be willing to discuss the proposal, former environment minister Jonathan Wilkinson had claimed no new provincial pricing systems would be approved prior to January 2023. This would mean revenues from the tax are not being returned to the province, a clearly unacceptable situation from Saskatchewan’s perspective. Given that there are precisely zero Liberal seats in Saskatchewan, and that the Trudeau government doesn’t seem to believe it should treat regions that exercise their democratic right to not vote Liberal equitably with those that do, Saskatchewan may be waiting some time for the carbon tax revenues it expects and deserves.

Back in December 2021, the relatively new Premier of Manitoba, Heather Stefanson, was musing about altering the way in which the carbon tax is administered in that province. Stefanson stated that she did not believe the current structure of the tax, in which income tax rebates are given to Manitobans to offset the tax, was working properly. The Manitoba government is apparently hoping to design its own carbon-pricing plan that could shift the emphasis away from income-tax rebates to the government spending more on green-energy projects.

If the Manitoba government does go that route, it will fly in the face of the justification for carbon taxes in the first place. The key rationale for carbon taxes is that they will be applied to consumers as an incentive to reduce their fossil fuel consumption, but that the equivalent amount of funds raised should be rebated to people in the form of an income tax reduction, as carbon taxes were never intended to be a money-raising vehicle for government. The imposition of a carbon tax was also meant to be a market-based mechanism to replace such measures as emissions limits, regulations aimed at reducing greenhouse gases, restrictions on pipelines and other government interventions.

In Canada, although the Trudeau government professed to believe that a carbon tax would be the best means of dealing with climate issues, they nevertheless imposed the tax on top of the already-significant amount of costly regulatory measures in place. The federal carbon tax also did not reduce income taxes by an amount commensurate with the tax, but instead the government implemented “rebates” which did not compensate most Canadians for the actual amount they were paying in carbon tax. For example, the federal Parliamentary Budget Office (PBO) reported recently that 40 per cent of Ontario households were paying more in carbon tax than they received in rebates.

Furthermore, at last year’s international climate meeting in Glasgow, Prime Minister Trudeau committed to imposing yet another climate measure – an emissions cap on the Canadian oil and gas industry – adding another layer of increased cost and complication to the entire carbon regime in Canada and completely contradicting the original arguments the Trudeau government used initially to justify the carbon tax.

The most imminent change in the carbon tax that will affect all Canadians is the 20 per cent increase planned by the federal Liberal government for April 1 of this year. This hike will further inflate prices for gasoline and home heating fuel, as well as boost overall inflation even more as energy prices factor into the cost of virtually all other goods and services in the economy. Another measure called the Clean Fuel Standard – a requirement for gasoline and diesel suppliers to reduce the carbon intensity of the fuels they produce – is effectively another form of carbon tax which the federal Liberals intend to impose in the near future as well.

The coming year will hold many changes in the carbon tax environment for Canadians, most of which will have the effect of further fueling inflation and lowering the standard of living for most Canadians at a time when we are all struggling to emerge from the challenges created by the pandemic. More carbon tax hikes are planned every year up until 2030. The only question that remains is when will Canadians have had enough?