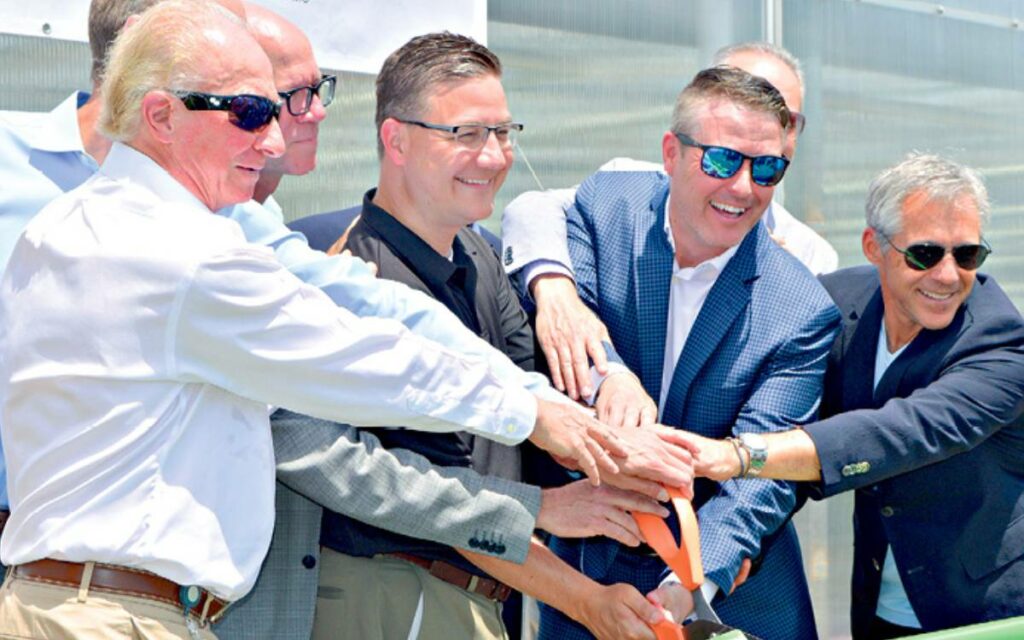 Former Pelham mayor Dave Augustyn (centre, black shirt) with CannTrust executives at the official opening of the cannabis producer’s Fenwick facility, June 2018. Three of the company’s former executives are currently facing a litany of charges related to alleged illegal growing efforts in 2018 and 2019. Photo credit: (c) 2018 The Voice of Pelham. Used by permission.

Lawyers for three former top executives of cannabis giant CannTrust Holdings, charged in June by the Ontario Securities Commission (OSC) with over a dozen counts of fraud, insider trading, and making false or misleading statements, have been granted an adjournment until September 20 by Justice of the Peace Warren Ralph. The lawyers were provided the additional time to better prepare their defense.

The allegations relate to efforts to conceal the illegal growing of cannabis at CannTrust in 2018 and 2019. During this time, it’s claimed that the three accused did not disclose to investors that almost half the growing space at CannTrust’s facility in Pelham, Ontario, was not licensed by Health Canada. In addition, it’s alleged that in press releases and corporate disclosures the executives asserted that CannTrust was compliant with regulatory requirements, and included all cannabis production in the company’s financial statements, without acknowledging that half was grown without a license. Litwin and Aceto are said to have signed off on prospectuses used to raise capital in the United States, which falsely stated that CannTrust was fully licensed and compliant with regulatory requirements. Litwin and Paul also allegedly traded shares of CannTrust with undisclosed information regarding the unlicensed growing.

The trial will take place at the Old City Hall Courthouse in Toronto. The case will be prosecuted in the Ontario Court of Justice due to its quasi-criminal nature, rather than before an OSC tribunal as a civil matter. This marks the first time the commission has gone after a public company over disclosure using its quasi-criminal powers.

The mandate of the OSC is to provide protection to investors from unfair, improper, or fraudulent practices, and to foster fair, efficient, and competitive capital markets. The OSC’s enforcement team has pursued 50 quasi-criminal and criminal matters involving 73 accused to date.

None of the charged executives are currently employed by CannTrust. Aceto was terminated for cause by CannTrust’s board in July of 2019, Paul resigned in response to a demand from the company’s board at the same time, and Litwin resigned in March of 2021. Lawyers for the accused men have told the media that they intend to vigorously dispute the charges, asserting that they complied with their legal obligations, while proclaiming their integrity and innocence.

Persons convicted of an Ontario Securities Act violation can be sentenced to up to five years in jail, issued a fine of up to $5-million, or both.

With news of the charges, CannTrust’s stock price plummeted by almost half, with law firms preparing to file class-action lawsuits on behalf of shareholders who may have suffered financial losses due to the malfeasance. CannTrust has laid off 20 per cent of its workforce in an effort to restructure its operations. The company previously filed for bankruptcy protection.

Former Pelham resident Nick Lalonde, who worked at the CannTrust site on Balfour Street in Fenwick for almost two years, was the whistle-blower who alerted the media and Health Canada of the alleged infractions, including cannabis being grown in unlicensed areas. Lalonde met with the RCMP to provide documents and videos which corroborated his account. He told Bloomberg News that he was saddened to learn that so many cannabis workers at CannTrust lost their employment, but otherwise doesn’t have too many regrets about exposing the issues at the company. “I lost my dream job…but it was the right thing to do,” he said.

StatsCan estimates Canada’s cannabis industry (which includes the illicit market) at $18.3 billion. Ontario-based Canopy, a giant in the Canadian cannabis industry, has seen its revenue markedly diminish, with its growth rate in 2020 less than one-fifth its sales growth from the previous year, and some experts see its stock as overvalued at the current share price.

Canadian cannabis firms have long planned on cashing in on the lucrative American market, but recent developments suggest that the potential bonanza is fading.

Investor enthusiasm for pot stocks was driven by anticipated U.S. legislation that would legalize commercial cannabis, but fewer than half of the 50 states have legalized cannabis for adult use. Pot is an intensely political issue south of the border, subject to partisanship and lobbying by anti-cannabis groups who continue to view the substance as a “gateway drug” to cocaine and narcotics. Canadian producers like CannTrust are seeing their sales topped by U.S.-based rivals like Curaleaf Holdings of Massachusetts, while black market cannabis in the U.S. continues to eclipse by a significant margin the legal trade. 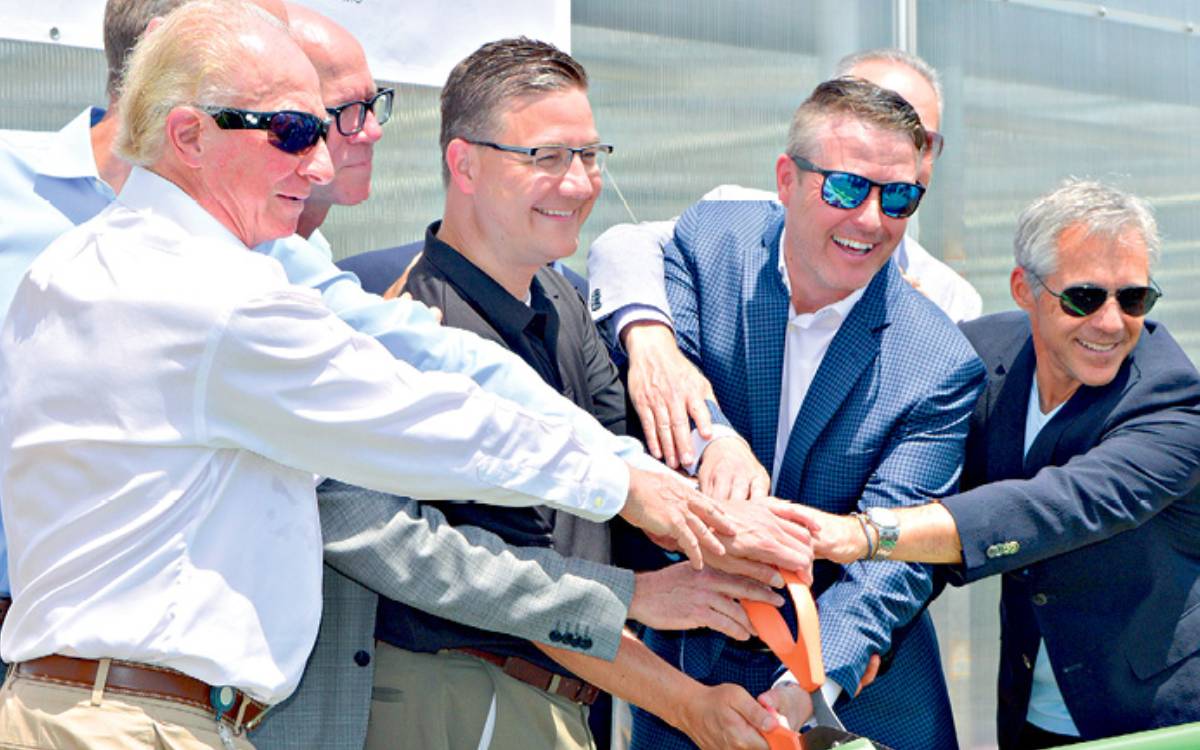