CBSA to continue mandatory use of ArriveCAN app into future, agency official confirms 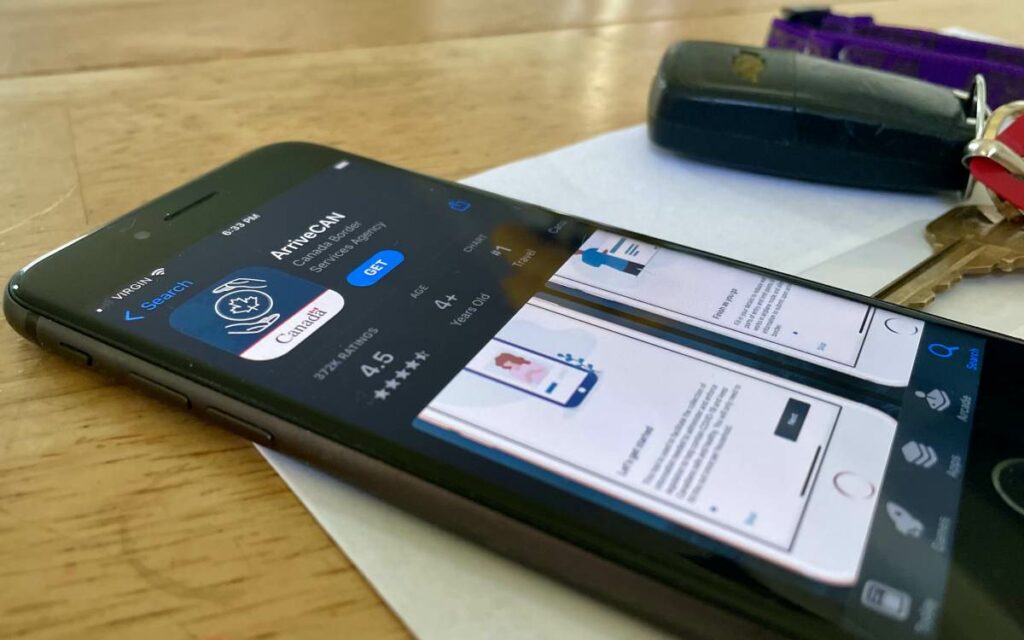 Bridge authorities say they have been informed by the federal agency that required use of the app is to be “made permanent.” Federal Liberals set aside $25 million in most recent budget to help the CBSA maintain the pre-entry requirement. Photo credit: The Niagara Independent/Nicholas Tibollo

Speaking in the House of Commons last Thursday, Conservative MP for Niagara Falls Tony Baldinelli asked the Trudeau Liberals a simple question: when will the federal government end the required use of ArriveCAN for cross-border travel into Canada?

In response, Liberal Minister of Public Safety Marco Mendicino called the app an “important tool” and said that the government will “continue to listen to the advice of our public health care experts” and work “very closely with the CBSA (Canada Border Services Agency) to ensure the ArriveCAN app is efficient and smooth”.

On Monday, May 9, Manitoba MP Raquel Dancho, who serves as Shadow Minister for Public Safety and Vice Chair of the Public Safety and National Security Committee, again asked Minister Mendicino when the government intends to end the mandatory use of ArriveCAN.

What Mendicino failed to tell his Conservative counterparts, and in turn the Canadian people, was that the federal government has no intention of ending the mandatory use of ArriveCAN: the app is to be made permanent.

In an email exchange with The Niagara Independent earlier this week, senior CBSA spokesperson Patrick Mahaffy confirmed that moving forward the “CBSA will continue to use the ArriveCAN tool to implement traveller modernization initiatives at the border.”

Indeed, according to the agency’s internal 2022-23 departmental plan, the CBSA “is working to capitalize on pandemic-related improvements to its operations, such as the provision of mandatory information through ArriveCAN” and intends to continue “leveraging ArriveCAN” as part of its “vision for the border of the future”.

This “border of the future”, according to the CBSA’s cited departmental plan, includes “introducing digital, contactless, right-touch technology and traveller self-service tools that leverage biometric verification” and “(e)nhanced tools for data capture, analytics, and operational management”.

Though purportedly not mandatory for travellers to use, per Mahaffy, one new example feature that will soon be integrated into the ArriveCAN mobile app as part of the CBSA’s “modernization” effort is advance declaration for air travel.

General manager of the Buffalo and Fort Erie Public Bridge Authority Ron Rienas and CEO of the Niagara Falls Bridge Commission Ken Bieger both disclosed to The Niagara Independent on Monday that each of their respective agencies has been told by the CBSA that mandatory use of ArriveCAN at Canada’s international land borders will continue into the future.

“CBSA has informed me it (use of the app) will not be ending,” Rienas said bluntly.

“It will be made permanent.”

First launched in April 2020, ArriveCAN is a mobile and website application all travellers, regardless of citizenship, vaccination status, or trip length, must download and use to provide personal and travel information before entry into Canada.

It was made mandatory for all air travel into the country in November 2020, and then all land travel in February 2021.

Non-compliance results in denial of entry or boarding for foreign nationals, and fines and penalties for Canadian citizens.

Decried as ageist, glitchy, invasive, and inconvenient, the app has long been the subject of controversy amongst Canadian and international travellers alike.

According to Rienas, ArriveCAN has had a devastating impact on border traffic at the Peace Bridge, simultaneously delaying and discouraging travel.

“The continued mandatory use of ArriveCAN is a major contributing factor to depressing discretionary travel,” said Rienas. “Processing times at the CBSA inspection booths are on average twice as long compared to pre-pandemic processing times. ArriveCAN was intended to speed up processing times as a CBSA officer would not have to ask as many questions.” However, per the Peace Bridge’s general manager, drivers “not filing, filing incorrectly, and technical issues cause inordinately long processing times resulting in lengthy border wait times.”

Ken Bieger of the Niagara Falls Bridge Commission said that auto traffic at his organization’s three international border crossings is currently down 48 per cent pre-pandemic levels. The continued required use of ArriveCAN, according to Bieger, “is definitely one of the factors” moderating bridge volume.

“The Bridge Commission’s mission is to move people and goods through our ports of entry in an efficient and effective manner. In the short term, the ArriveCAN app (has been) an impediment for travelers who are unaware of the process,” said Bieger. “In the long run, we will see if the benefits of providing information pre-arrival expedites travel.”

But even if the app ends up working more efficiently in the long run, Rienas believes the damage will have already been done.

“CBSA will at some point declare success and say that 95% (or some other high percentage) of travelers are properly using ArriveCAN,” said Rienas. “That will not account for the half of the population that has decided it is no longer worth the inconvenience and delays to cross the border. That will be devastating to the Niagara tourism industry and other border dependent businesses.”

While the federal government does allow for information to be submitted online from a desktop computer and a “receipt” to be printed off for proof at the border, the process remains particularly vexing for the some 39 per cent of seniors over 65 without a smartphone.

Even for those with a smartphone, as Rienas pointed out, the continued necessity of ArriveCAN “remains cumbersome and inconvenient as non-essential travelers must refile for each and every trip across the border.”

Dolores Fabiano, executive director of the South Niagara Chambers of Commerce, said that the recent relaxation of certain restrictions and requirements at the border came as a relief for many, but “a cloud has loomed in the mandatory use of the ArriveCAN app.”

“While public health should always be considered in the actions we take, I don’t believe the ArriveCAN app is a benefit to land crossings,” Fabiano told The Niagara Independent. “This will continue to impact not only a recovering tourism industry, but also trucking. Long lines of cars block truck lanes and cause increased delays, which reduce the range for trucks before they run out of maximum driving hours.”

In the end, despite the pushback and abovementioned concerns, it seems that the Trudeau Liberals are committed to working with the CBSA to help facilitate the continued use of the controversial app.

Buried in an end-of-chapter value table halfway through the recent federal budget, the government set aside $25 million in the 2022-23 fiscal year “for the Canada Border Services Agency to support the maintenance of the ArriveCAN application.”