China’s emissions go up, while Trudeau insists Canada’s must go down 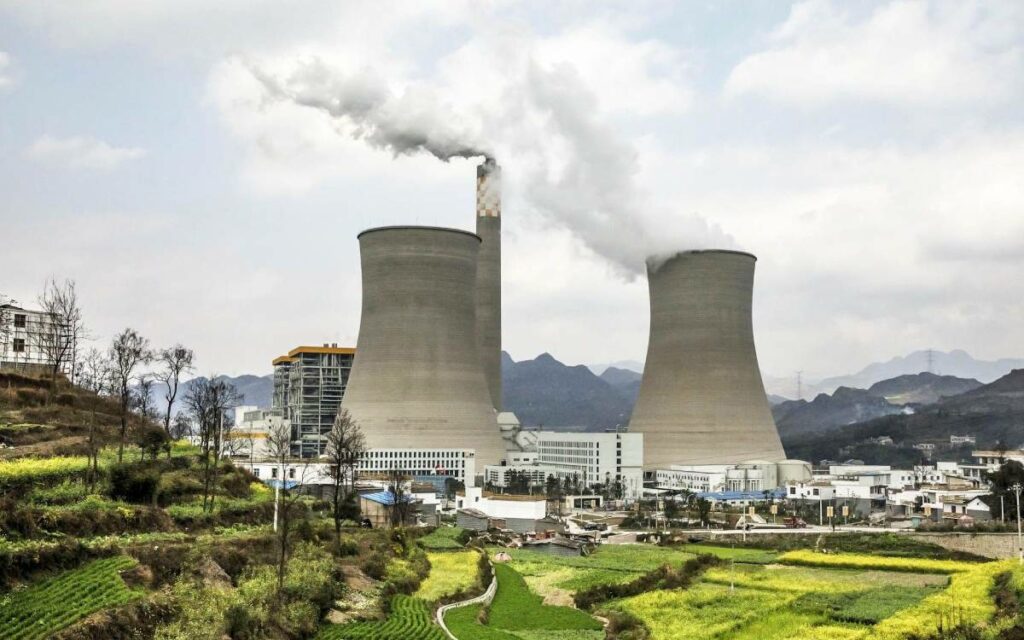 One of China’s many coal-fired power plants already in existence. The country is set to build several dozen more facilities in the near future, adding another 1.5% to its world-leading annual carbon emissions. Photo credit: Centre for Strategic and International Studies

An August 21 article in TIME stated: “China is planning to build 43 new coal-fired power plants and 18 new blast furnaces — equivalent to adding about 1.5% to its current annual emissions“. To put that in context, China’s emissions in 2020 are estimated at 14,400 million metric tons, which is about triple what the US emits annually and 20 times what Canada emits.

Even the foregoing commitment by Trudeau et al. wasn’t enough in the eyes of some of the environmental groups such as Greenpeace (a Strathmere Group member), who suggested it should be at least a 60% reduction (448 million metric tons). According to Greenpeace, “We must start with eliminating fossil fuel subsidies immediately” and that Trudeau is not doing enough.

“After more than five years in office, the Trudeau government is still incapable of proposing a target as ambitious as that of Joe Biden who took office just three months ago.” What Greenpeace fails to mention is both Biden’s cancellation of the Keystone XL pipeline from its neighbour, Canada, and his ironic recent call-out to OPEC countries and its allies to pump out more oil to help reduce “prices to consumers”.

However, Trudeau government has apparently listened to the cry from the eco-warriors such as Greenpeace, as one example is the Liberals recently banned future thermal coal mines because of their reputed contribution to climate change!

Apparently, as U.S. President Biden noted, a shortage of fossil fuels causes inflation, which is clearly what Canada is now experiencing. Canada’s inflation rate hit 3.7% recently, principally due to the myriad of taxes and regulations associated with our generation of fossil fuels. To top things off our GDP (gross domestic product) fell in the latest quarter by 1.1% despite most economists forecasting a growth of 2.5%, expecting a bounce back from the COVID-19 pandemic!

It certainly appears Trudeau’s admiration of Communist China uttered by him in 2013 is still top of mind but working in reverse. What he said at that time was: “There’s a level of admiration I actually have for China. Their basic dictatorship is actually allowing them to turn their economy around on a dime.”

What Trudeau fails to see is his inane leadership punishes all Canadians while supporting China by increasing our inflation rates and reducing our GDP!

Our dime is now worth a nickel!

Parker Gallant is a retired banker. His work has been featured numerous times in the Financial Post. This piece originally appeared on his blog Parker Gallant Energy Perspectives. Reprinted here with permission.