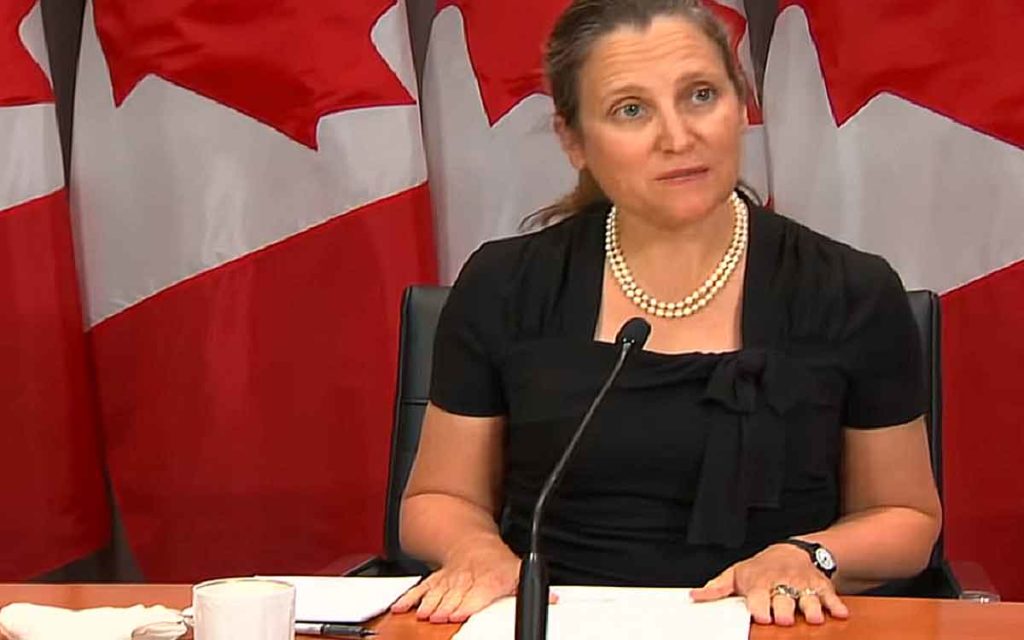 I want to start by congratulating the Liberal Party for finally appointing a woman to the most important ministerial position in Canada or even Ontario.

Ontario Progressive Conservatives have done it twice. The first was Bette Stephenson in 1985 and the second was Niagara Independent columnist Janet Ecker in 2003.

Regardless, the appointment of Minister of Everything Part-two, Chrystia Freeland, is important. Not only because she is a woman, but because as far as I know she wants to finish the term she was elected to and not run for some obscure global think tank nine months into the job – if you believe that was why the position was suddenly open.

I don’t think any of her family members work for the We Charity, though with all the redactions from the four or five thousand documents parliament was shut down to avoid, maybe they do or did.

Ms. Freeland’s appointment is also important because Toronto is the heart of finance in Canada and it makes sense that the minister is from the Six. Just as you need a fisheries minister from the Maritimes or a Natural Resources Minister from the West – oh wait, never mind, the present one is from Newfoundland.

Now that I got my snarkiness out of the way I will try and say something positive about the appointment, and here it is.

Like this writer, Ms. Freeland is a journalist. The one quality journalists possess – or should – is critical thought.

Basically, she can hear the various sides of an argument and then form an explanation of the issue. For column writing these various arguments help form opinions.

This ability is critical to what makes a good minister. The ability to hear from various sides of an argument or position and form effective policy based on the best and most information available.

In the case of her predecessor, I do not believe Bill Morneau had this ability or demonstrated it in his actions.

A simple look at the multitude of changes on the mortgage file in Canada and it seems the minister created policy that was looking for a problem. With Canadian default rates at .24 per cent one has to ask what was the threat to Canada from the bank and credit union underwriting policies – an answer Mr. Morneau could never explain.

At the very least I expect if Ms. Freeland comes up with a policy – no matter how out of left field – she should be able to tell us why.

Her ability to explain herself is also something her predecessor didn’t really possess and it is why so many “senior Liberal sources” were throwing him under the bus – Bill Morneau, good guy, terrible politician.

All that being said Ontario Premier Doug Ford’s BFF does have one somewhat troubling feature. That is her seemingly sycophantic devotion to the Prime Minister and his office.

Unable or unwilling to stand up for other women in the cabinet during the SNC-Lavalin scandal or to stand up for Canadians in the various ethical dilemmas in the PMO, one has to wonder who her commitment is to; Prime Minister Justin Trudeau or Canada?

I know, public facing statements of detraction from Ministers just doesn’t happen, but you still need to think a conversation or argument occurs on policy.

No one would be shocked to think Former Prime Minister Jean Chretien and his finance minister Paul Martin battled. And I can’t see either Joe Oliver or Jim Flaherty constantly cow towing to then Prime Minister Stephen Harper.

Even in the case of Ontario, I have no doubt former Finance Minister Charles Sousa and his Premier Kathleen Wynne had unkind words in private – even though in all cases a united front was presented.

And did Mr. Trudeau and Mr. Morneau have disagreements? Well if you listen to those “senior Liberal sources” that come out every time the bus treads need greasing, you bet.

That is what makes a good finance minister. Someone who calls the boss out – in private – and we believe Ms. Freeland has that ability and I would like to see her demonstrate it. Even in private the leaked by those handy “senior Liberal sources.”

And for my part here is what I would like to see on the September 23rd Speech from the Throne.

I want to see a real plan to rejuvenate the Canadian economy. Not mythical new sources of business or income, but an actual plan that builds upon our strengths – trade, natural resources and a highly educated workforce.

A plan that guarantees taxation to remain at least the same and government spending to be based on need and quality of service.

Give us a realistic projection of our debt, deficit and the impact of eventual increased interest rates that will eventually happen.

Also, how about some sort of acknowledgement of the ethical violations and the understanding that smugness and privilege have no place in Canada. Lastly, recognition that the future economy may be green, but oil and gas is what we have today and we can use natural resources to put us in a place where we need them less.

Also, I want a commitment from the Prime Minister and his modern-day CD Howe that they will work with parliament because the last thing Canada needs right now is another election.

These are the things I want, but let us be honest I am not holding my breath.

Nothing Mr. Trudeau has shown us makes me believe he understands the needs of Canadians, unless they want to get high, though I’m pretty sure they were doing that already.

Ms. Freeland has a really big job to clue him in, I hope she can, but nothing I have seen to this point makes me believe she will.

My greatest hope is she is a memorable finance minister for the right reasons and she is not the last woman to hold the job. And honestly, I kind of wish she was one rung up right now. 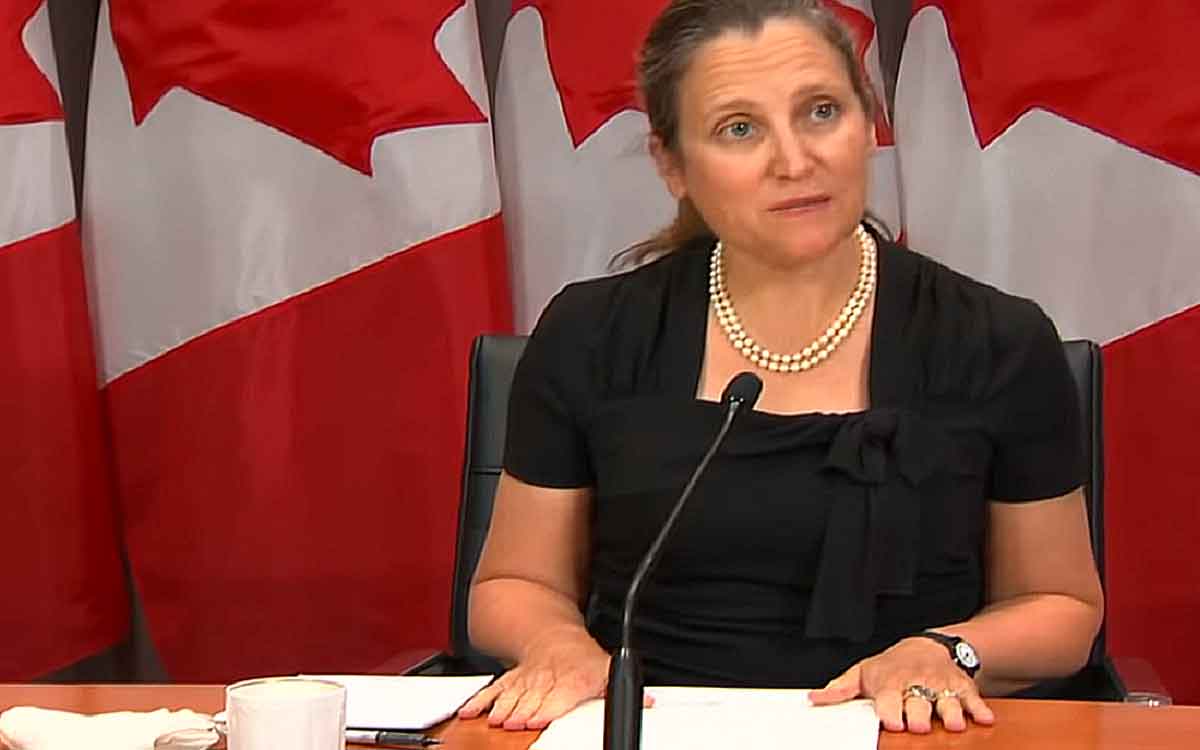