Conservative movement at a pivotal moment 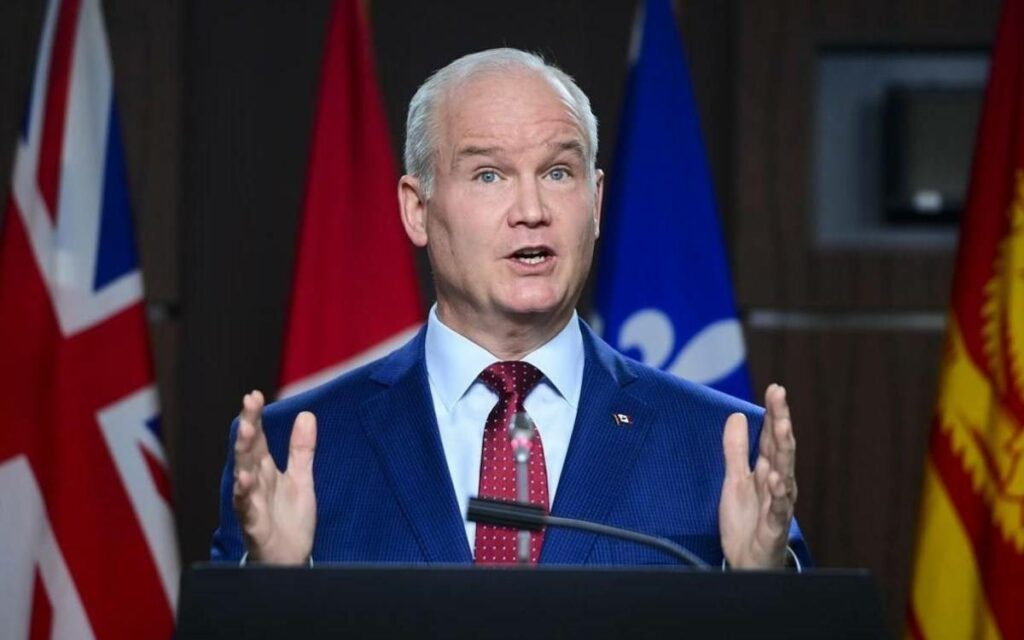 As it stands, there is no room for forgiveness in the Conservative movement, just ask former CPC leader Erin O’Toole (pictured) or Jason Kenney. The precedent has been set that it is easier to turf a leader than it is to come together as a movement, fight for the things we have in common, and work through our differences. Photo credit: The Canadian Press/Sean Kilpatrick

Alberta Premier Jason Kenney resigned as leader of the United Conservative Party on Wednesday, after winning a leadership vote by the skin of his teeth. For weeks, his team had been spinning that 50 per cent plus one of the vote was enough to secure his position, and not only allow him to stay on as premier but lead the UCP into an election that is just one year away.

But as it so often goes in politics, the crass political reality set in and Kenney likely knew that even if he did stay on, internal caucus dynamics and the anger that has come to fuel much of Conservative politics these days would continue to kneecap his credibility and viability to govern effectively.

So here we are. In the span of less than four months, we’ve seen unprecedented friction within the Canadian Conservative movement both federally and provincially. First, Erin O’Toole, removed by his own caucus, and now Jason Kenney, who despite winning, knew he couldn’t govern from a place of confidence.

Both former leaders had one thing in common. They believed in consensus building. Both understood that to lead a party made up of different factions housed under the same tent, they would have to seek out solutions that would be accepted by the majority.

What neither could anticipate was the COVID-19 pandemic, and how the imposition of pandemic restrictions would impact the internal dynamics of their respective parties, or the challenges that would come in finding common ground on the issues that have come to define the last two years.

O’Toole was leader of the Conservative Party for ten months before he could hold an in-person caucus meeting. He was left meeting with his caucus members, dealing with caucus grievances, and preparing for a campaign all over Zoom. Following last year’s election, which many viewed as a litmus test of his centrist policies, O’Toole was forced into a corner by an unhappy caucus and had no ability to do anything other than fight for his leadership. It was a losing battle.

As for Kenney, who brought together two warring Conservative factions in Alberta, created the United Conservative Party in 2017, and went on to win an incredible election in 2019, it’s easy to pinpoint where it all went wrong. He attempted to manage the provincial pandemic response with a political reaction to keep his caucus happy. The pandemic response was shaky at best, and became increasingly contentious when the initial stay at home orders ‘to flatten the curve’ were reintroduced again, again, and again. There was no coming back for the former premier, even though Kenney spent the last several months trying to fight for survival.

Despite being in vastly different competitive positions—the federal Conservatives remaining in opposition and the Alberta United Conservatives at the helm of a majority government—both parties are experiencing divisions within their support base.

What is the lesson from both of these cases? The Conservative movement is increasingly representative of the divergent factions defined by urban and rural classes within Canadian society. As it stands, there is no room for forgiveness in the Conservative movement. The precedent has been set that it is easier to turf a leader than it is to come together as a movement, fight for the things we have in common, and work through our differences. It doesn’t matter if a Conservative leader is governing from the front bench, or looking on from opposition.

The movement is at a pivotal moment. On the federal stage, whoever is voted in as the next leader in September has very good odds of winning in the next election. According to a new poll by Nanos, Justin Trudeau is shedding support from the young people who helped secure his majority government in 2015 and these people are instead looking for alternatives who can tackle the big issues of their generation like housing affordability. And provincially, there are a slew of elections coming up that could see the rise of the provincial Liberals or NDP.

Politicians aren’t perfect. Mistakes will happen. Not every policy will be popular. But that’s okay. Conservatives would do well to remember this come September, because demanding our political leaders be anything less than perfect is bad for our party, our country, and Canadians.