Conservative star on the rise while Liberals, NDP fade into the night 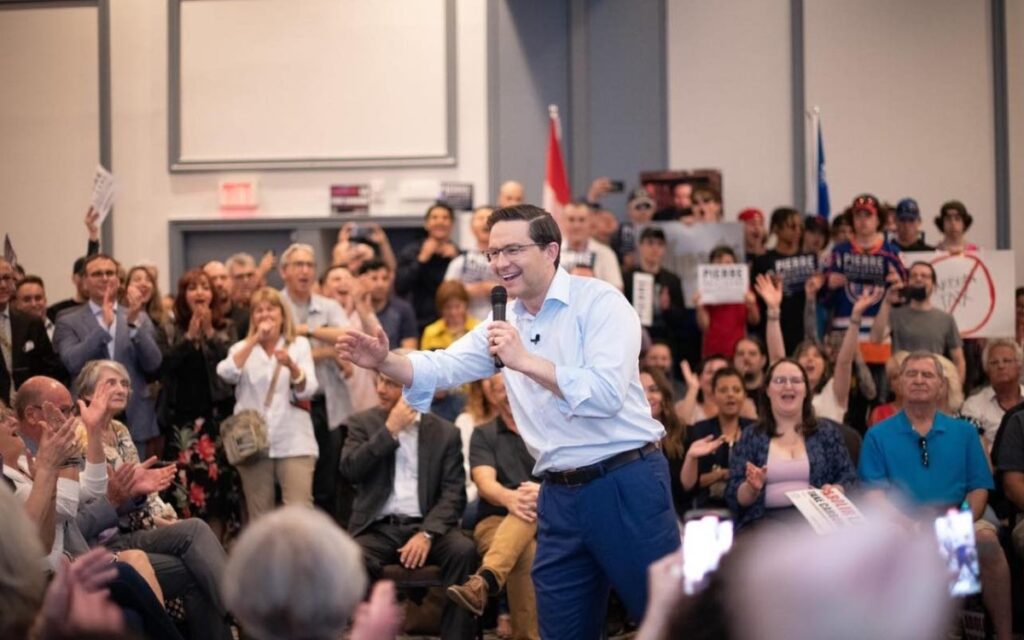 Recent polls show a Poilievre-led Conservative Party would likely win over a majority of voters if an election were held today. Photo credit: Facebook/Pierre Poilievre

Pierre Poilievre couldn’t ask for a bigger, or better welcome as Leader of the Official Opposition than a series of polls that all seem to be pointing to one thing – a Conservative government on the horizon.

It’s not just the raw numbers that check out. He wins on intention too. A new Ipsos poll released this week found that Canadians in most provinces, including the elusive voters in Ontario, believe Poilievre is the best candidate to lead the country. With all of the arrows trending in the right direction for the Conservative Party, what does this mean for the Liberals and the NDP?

Canadians are unlikely to see the same recklessness from the Liberals that plunged the country into a federal election in the middle of a pandemic last year. With so many issues impacting Canadian consumers these days, from shelter costs to the high price of groceries, the optics of taking advantage of economic perils under the guise of securing a majority government would be glaringly obvious from the get-go.

Which leaves Justin Trudeau with few options. As a seasoned campaigner, the Liberal leader won’t break his pact with the NDP early, unless the numbers are to his advantage. This would almost certainly mean trying to wait out the economic headwinds that will see Canada plunged into a recession in the coming weeks, while simultaneously hoping the pain is short-lived.

As for Jagmeet Singh? For all the feigned power brokering, his future as leader of the NDP rests squarely at the feet of Trudeau. When to call the next election will be a decision made by Trudeau, in order to secure the best outcome for his party.

For all intents and purposes, Singh has been backed into a corner when it comes to his electoral prospects. Any policy proposals the NDP could credibly run on have been handed over to the Liberals, who will pick and choose what to implement and take credit for. In return, and despite a successful dental care announcement, Singh is still a distant third in the polls and has failed to take advantage of the Liberal’s slump in the wake of Poilievre’s ascent in recent weeks.

Much like Trudeau, Singh is left with few options to change his fate. Expect him to continue his attempts to convince working class Canadians that the NDP still represents their interests, while voting in favour of propping the government up on matters of supply and confidence.

And while this may be the only play the NDP have in the short-term – allowing the party to build its war chest and focus on candidate recruitment ahead of the next election – it means nothing if the NDP continue to hand over their policy playbook to the Liberals, under the guise of stability and good governance.

For the first time in many years, time is not on side for either Trudeau or Singh, and that could be a problem of their own making. The pact that secured both of their futures and avoided the fate of an election could very well lead to the demise of both of their jobs come 2025.