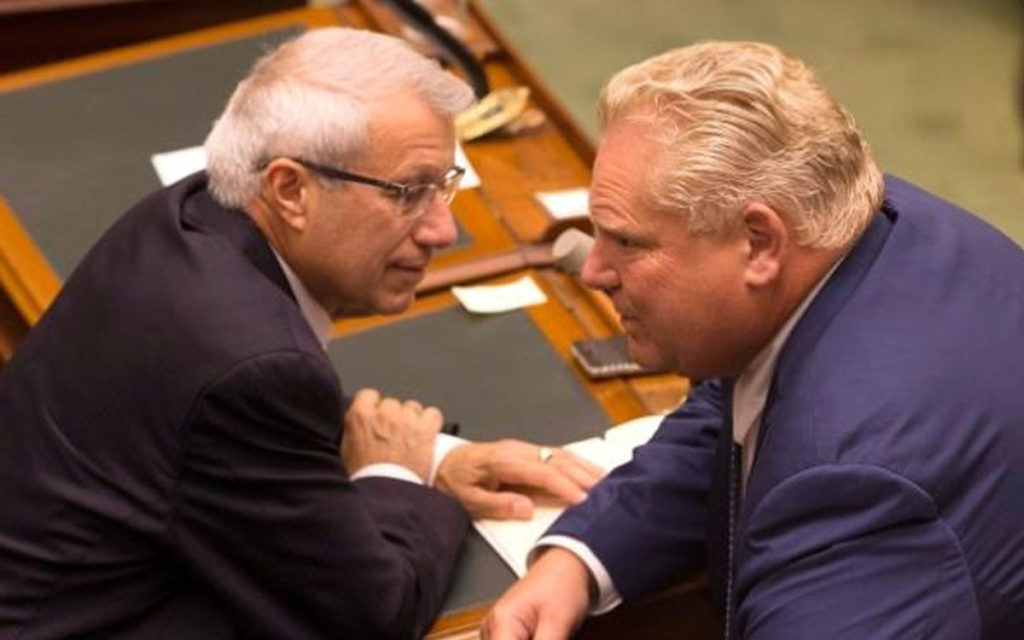 It has become so predictable that it is almost a cliché.  A new government is elected, takes a little time to get the lay of the land, and then declares that – lo and behold – the financial situation left by the previous administration is worse than expected! And this scenario regularly takes place no matter the political stripe of the outgoing or incoming government.

History repeated itself last week as the Ford government publicized the report of the Independent Financial Commission of Inquiry, which found the actual deficit for the current fiscal year was not $6.7 billion as the previous Liberal government had claimed, nor was it the $11.7 billion Auditor-General Bonnie Lysyk had estimated after factoring in irregularities that Ms. Lysyk had identified as wrongly accounted for by the Liberals.  No, the Commission found that the actual deficit was a staggering $15 billion – more than double what was claimed by the Liberals.

Although it may be tempting to yawn and view this as same-old, same-old practice of a new government blaming the previous administration for any problems, the Ontario financial situation is somewhat of a special case.  For several years, both the province’s Auditor-General and the Financial Accountability Officer have effectively been at war with the Liberal government over the true state of the province’s books.  At one point, Ms. Lysyk was prepared to issue an opinion that effectively said the Liberals were lying about the state of the province’s finances as they improperly accounted for pension liabilities and funds involved in the so-called Fair Hydro Plan.  Some government fiddling with the numbers ultimately prevented this dire situation from taking place, but it was a telling indication of the seriousness of the dispute between the Liberals and the independent government officials that are tasked with ensuring the books are not being misrepresented to taxpayers and creditors.

The Liberal response to last week’s revelations were interesting, in that they claimed there was no new information in the announcement.  In other words, they basically stated that it was well-known they were playing fast and loose with the province’s finances, so announcements of larger-than-expected deficits were hardly news.  This was a bizarre defense, the say the least. The Ford government has subsequently announced that it will be establishing a Select Committee of the Legislature to determine how Ontario’s finances got to be so badly misrepresented.  Presumably, some Liberals will be called to testify before this Committee.  It is unlikely that a response along the lines of “Yes, we were being dishonest in how we presented the province’s finances, but since everyone should have been aware of that, no big deal” will be viewed as an acceptable response by taxpayers.

It is well known that the Liberals 15 years in power in Ontario were characterized by a significant expansion of government, large deficits at a time when the economy was expanding, debt that  more than doubled and a great deal of creative accounting to hide the extent of their fiscal skullduggery.  I doubt that very many Ontarians believe that they are better off for all of this spending and debt.  The Ford government has started off well in terms of its commitment to financial transparency and respect for taxpayer dollars.  Typically, the longer any government remains in power, these commitments begin to slide.  The current state of the province’s books mean that much more spending restraint will be needed in the years ahead than was discussed during the election campaign.  Let’s hope the new government can maintain high standards of financial transparency and accountability for the duration of their term, as that will be essential to retaining taxpayer support for the difficult financial decisions that lay ahead.