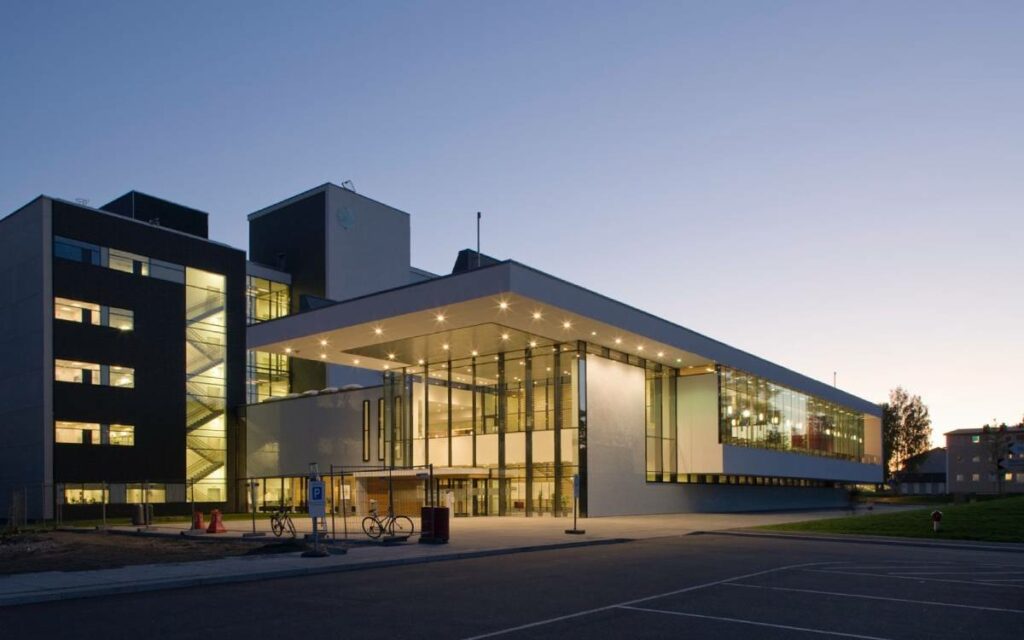 Akershus University Hospital, Olso, Norway. Norway topped a recent list of the world’s best heath care systems in regard to access to care, care process, efficiency, equity, and affordability. Canada placed second to last on the list. Analyzing what its peers like Norway are doing right is necessary to Canada improving its own health care system.

It is beginning to dawn on people that even if COVID-19 disappeared next month – an unlikely event, to be sure – we will be a long time returning to some kind of normal. Nowhere is this more evident than in our health care system.

COVID’s devastation of our long-term care (LTC) system was bad enough. But the damage inflicted on the overall health care system could be years before it is “fixed,” if ever. And that is assuming that Ottawa and the provinces are prepared to recognize the scope of the challenge, are open to new solutions, and are prepared to work together: a tall order.

First, the challenge. Let’s stop fooling ourselves that our health care system is world class. It isn’t, not anymore. And that is not a comment on the quality of our health care professionals.

While we have pockets of expertise, we are far from best in class. A recent study from the Commonwealth Fund, a U.S. foundation dedicated to better health care, particularly for the most vulnerable, ranked 11 high-income countries’ heath care systems on their access to care, care process, efficiency, equity, and affordability.

The top performing countries? Norway, the Netherlands, and Australia. The bottom three?  Switzerland, Canada, and the United States. Ouch!

It isn’t for lack of money. Our spending on health care as a percentage of GDP and adjusted for age was second overall, behind Switzerland. But our performance has us in the bottom tier.

This unfortunate ranking was confirmed by another study from Canada’s own Fraser Institute.  It assessed 28 countries offering various versions of universal health care. Canada ranked 26 in number of doctors per population, 25 in acute care hospital beds, 21 in the number of diagnostic technologies like MRI machines, 22 in CT scanners and 17 in PET scanners.

Worse, our medical wait times were the longest out of ten comparable countries in the Organization for Economic Co-Operation and Development (OECD).

And that was before COVID hit. As doctors, nurses and other health professionals struggled to treat the sick, many other patients had treatment and surgical procedures cancelled or delayed. Many more thousands of patients avoided accessing the system at all.

Ontario’s Financial Accountability Office estimated earlier this year that it could take more than three years to clear out the backlog, even if operating rooms worked beyond their capacity.

What to do? Despite the constant cry of critics to spend more money, it is not the primary problem and only part of the solution.

True, during the recent federal election, Prime Minister Justin Trudeau promised provinces more money and Ontario Premier Doug Ford has committed millions more just to attack the surgical backlog. But COVID spending has already seriously drained government coffers and the pandemic is not over yet.

Another solution is for governments to work together to develop a national health care human resources strategy to attract and train more urgently needed nurses, doctors, and other support workers.

But more importantly, governments need to start looking at how other comparable countries with various versions of universal health care are running their systems more successfully than we are.

They are not afraid to innovate with different solutions, to leverage the power of private sector partnerships within a single payer system, to investigate new approaches and different cost-sharing strategies.

Canadians do not want to give up their cherished universal health care system, nor should they have to. But unless we are open to learning the lessons of other successful systems, the decline in the quality, accessibility and equity of our system will continue. We must allow provincial governments to innovate and explore different delivery mechanisms and partnerships and to follow the evidence of what works best.

COVID has been a serious wake-up call. Are we listening?