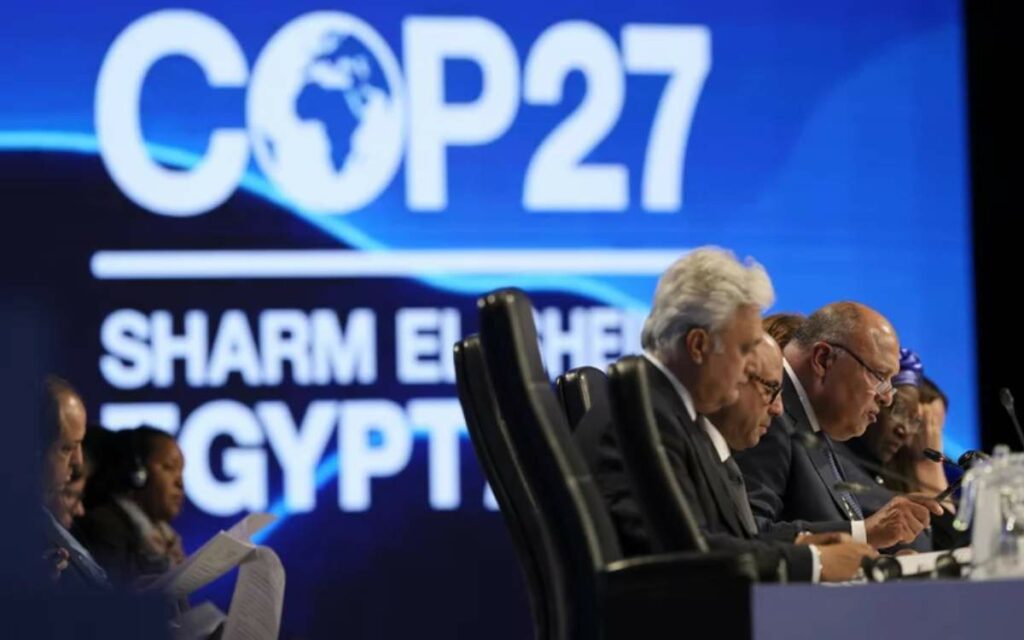 The primary goal of governments today is to keep the lights on and economies moving. Photo credit: AP/Peter Dejong

“Fossil fuel addiction is hijacking humanity. Renewables are the exit ramp from the climate hell highway. Negotiators at COP27 have a chance to make a difference. They must make it here and now.”

So tweeted United Nations Secretary-General Antonio Guterres on November 18 as COP27 sought consensus on a final communique in Egypt before 30,000 people from 190 countries returned home to the real world of rising energy prices, inflation, and what will surely be a recession in 2023.

Despite yet another alarmist warning from the UN leader, developing countries rejected European Union pressure to commit to hard reductions in fossil fuel consumption.

The primary goal of governments today is to keep the lights on and economies moving. Fossil fuels remain the most affordable continuous energy source. Demand is rising.

Instead, COP27 announced an agreement coined “loss and damage,” a fund for vulnerable countries to receive compensation for future climate damage caused by the emissions of others.

It was labelled “historic.” They always are. But it lacked details and enforcement mechanisms.

“This COP has taken an important step towards justice,” said Guterres. “Clearly this will not be enough, but it is a much-needed political signal to rebuild broken trust.”

But it’s never enough. Because terrifying people about climate destruction and organizing conferences to prevent it have become one of the main reasons for the UN’s existence.

The first COP was held in Berlin in 1995, a dedicated climate event conceived at the 1992 Earth Summit in Rio de Janeiro. This was followed by the Kyoto Protocol for a global emissions trading system in 1997, $100 billion annually in climate mitigation funds for developing countries in 2009’s Copenhagen Accord, and the Paris Agreement in 2015 which set a maximum acceptable global temperature increase and the emission reductions required to achieve it.

The UN’s pivot from protecting the peace to protecting the planet began in 1972 in Stockholm. When it was created in 1945, the founding charter opened,  “…to save succeeding generations from the scourge of war, which twice in our lifetime has brought untold sorrow to mankind.”

But by 1972, the countries the founding nations united to protect themselves against – Germany and Japan – were members.

Environmental concern was a growing political issue. A quarter century of peace and prosperity following the Second World War gave the wealthy west the time and money to worry about less immediate issues than employment and security.

For the UN, protecting the planet would maintain financial and public support and vastly expand its mandate.

Who would dare call that a bad idea?

At Sweden’s invitation, in 1972 the UN sponsored the first of dozens of official multi-country gatherings to discuss the future of the physical planet. It was called the United Nations Conference on the Human Environment.

Stockholm also marked the official recognition of unelected environmental lobby organizations as legitimate voices in the future of humanity. They were invited to join nations in world affairs for the first time.

An issue raised at Stockholm by India’s Indira Gandhi that continues today is the linkage between environment and wealth. Declaration 9 included “the transfer of substantial quantities of financial and technological assistance” to developing countries to help cope with environmental deficiencies.

Other commitments were to end weapons of mass destruction and stop polluting the oceans.

Principle 25 declared, “States shall ensure that international organizations play co-ordinated, efficient and dynamic role for the protection and improvement of the environment.”

Forty years later, in an article titled “Stockholm: Birth of the Green Generation,” the BBC wrote that “Stockholm was the first UN summit to feature, even welcome, groups from civil society… environmental campaign groups, who used the now familiar smorgasbord of marches, song, demonstrations and dialogue to press issues.”

Before Stockholm, the Sierra Club was about protecting hiking trails. Greenpeace opposed nuclear testing and saved whales. The Pembina Institute resulted from a sour gas blowout near Lodgepole.

Half a century later these outfits are all climate all the time. They are the official conscience of COP gatherings, reminding attending politicians that no matter what issues they may face at home, do what they say or climate disaster is inevitable.

So began the gradual subordination of elected governments of sovereign nations to unelected and unaccountable organizations.

And why we get Antonio Guterres continually telling us what to do and think and how to live our lives. Don’t forget 2021’s Intergovernmental Panel on Climate Change report, which Guterres called “a code red for humanity.”

The repeated justification for Canadian federal climate policy is meeting or exceeding our 2015 UN Paris commitments. We’re told that’s why we must cap oil and gas emissions and use less fertilizer.

But COP27 has proven yet again that the people we’re supposedly protecting have other priorities.

The world is increasingly at war. The weapons are armies, Internet, subterfuge, political interference, boycotts, and sanctions.

Consensus at COP is impossible.

Isn’t it time Canada did something else?

David Yager is an oilfield service executive, oil and gas writer, and energy policy analyst. He is author of  From Miracle to Menace – Alberta, A Carbon Story. This article first appeared on the Canadian Energy Centre website on Nov. 21, 2022. Reprinted here with permission.