Coping with mental side of COVID 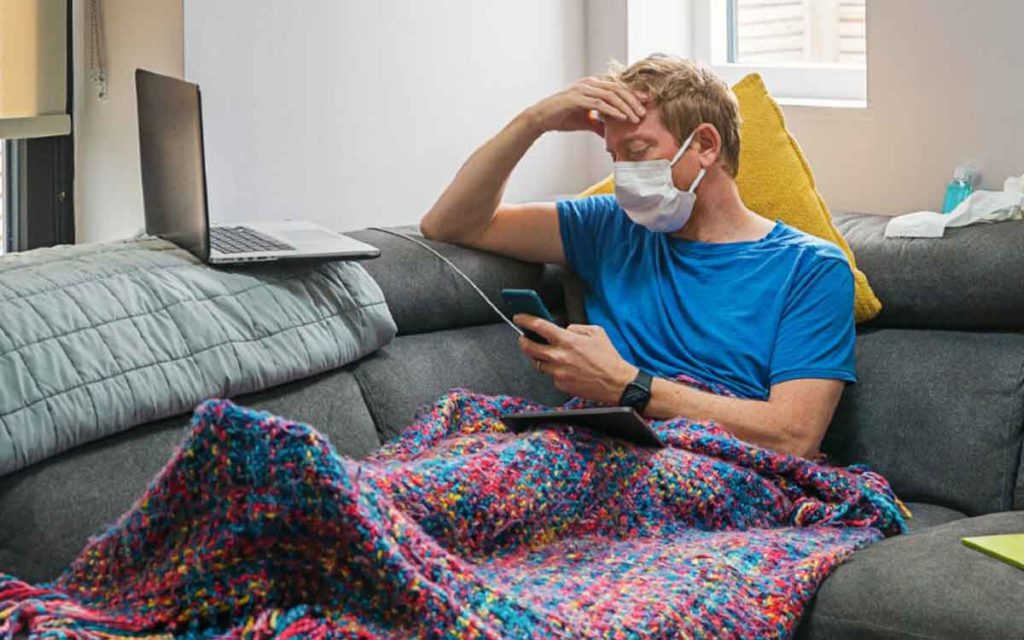 There has been a lot written and a lot discussed about the impact of social isolation on people’s mental health during the COVID-19 pandemic. From elite athletes to business leaders to stay-at-home parents who aren’t used to their significant other working from home, the new normal is wreaking havoc on motivation levels, focus and overall mood.

Dr. Chris Friesen, a clinical psychologist who specializes in athlete performance and has worked with elite athletes from around the world including Ironman triathletes, UFC fighters, professional hockey players and PGA golfers to name just a few, as well business executives, says this unprecedented time can effect anyone at anytime. Friesen himself had to close his physical office located in Grimsby, back in March and now works out of his home using video conferencing like so many others have been forced to use.

Friesen said there is no question that there is a significant risk for people to lapse into a clinical depression given the current state of the world. “People are definitely going stir crazy being stuck at home and having constant feelings of anxiety and worry,” he said. One of the big contributing factors is the lack of structure, particularly for elite athletes who are use to having every minute of every day planned from when and what they eat to where and when they train. There’s also the impact on the Olympics being cancelled for 2020. “This could have been someone’s last go at the Olympics,” said Friesen.  “Athletes begin questioning what they can do in the future in terms of competing.” He added that elite athletes tend to be more high energy than most people and when stuck indoors, “this becomes a problem.”

But while elite athletes are struggling so to are most other people.  “Extraverts tend to be struggling more as they are excitement seekers and have more assertiveness.  Introverts tend to be doing okay because they tend to need a lot less stimulation,” explained Friesen.

Regardless of elite athlete or business professional, introvert or extrovert, Friesen said there is one thing that is as good as any medication when it comes to battling depression and anxiety; exercise.  “Exercise does a million great things physically for our bodies, we know this but it’s also as strong as any anti-depressant medication,” explained Friesen.  He said it is important people do some form of daily exercise during a time like this. “It helps your executive functioning in the prefrontal cortex part of the brain. Exercise is a need for many people.” But most people struggle with getting up enough motivation to even begin to exercise. Friesen suggests making a list of all the excuses you will come up with to avoid exercise like being too busy or too tired or too sore. “Commit yourself to exercising for five minutes. If it’s that bad after five minutes then give yourself permission to stop.” Friesen said once you can get to that five minute mark you will start feeling good and not want to stop. He also suggests to make an exercise schedule but to be specific. “Don’t just say you are going to work out five times this week.” He also adds that working out in the morning is best because humans have a tank full of will power in the morning and as the day goes on that tank empties and makes it harder to exercise later in the day. “We end up with more decision fatigue as the day goes on. Nobody has trouble resisting a big bowl of chocolate ice cream first thing in the morning. People have lots of trouble resisting it in the afternoon or evening.” He said every time humans have to use willpower it depletes the tank and motivation and decision making is weakened. “If you do the hard things first than your day will go more smoothly.”

In addition to exercise the other very important thing to do in order to fight off a feeling of depression is scheduling and planning. “Having a regular schedule is extraordinarily important.” Friesen suggests wearing your “work clothes” even when working from home and not falling into the trap of spending the day in pajamas or sweat pants and a hoodie. “It’s important to separate work life from home life.” He suggests doing work from a home office as opposed to the kitchen table or living room. The clinical term for regularly scheduling and planning daily activities is “behavioural activation” and according to Friesen it’s a great treatment for depression.  “You want to schedule activities throughout the day that provide two things: a sense of mastery or productivity and also something that provides fun.”

Friesen said the activities scheduled in a day to provide a sense of accomplishment don’t have to be massive projects. “It can be as simple as sweeping the floor or organizing a drawer or cleaning up computer files.”

Another strategy is to embrace the feeling of loss if you are working from home or have been temporarily laid off. “Allow those feelings to be there, it’s a message and it shows how important it was to you.” Friesen said use that feeling of loss to ignite a fire within you and say to yourself, “I can’t wait to get back.” It’s also a chance to reflect on our current lives he explained. “We are being forced to pause right now and it’s a good time to ask yourself if this was the way you wanted to live your life. Was I doing the right things? Do I want to go back to that? Or was I just busy?”

Probably one of the traps that many people today are falling into, which is getting them out of their routine that Friesen said is so important to stick with, is going to bed later and waking up later. According to Friesen there are three reasons for sleep problems. One is excessive physiological arousal (eating or watching television too close to bedtime), second is cognitive hyper arousal (over-thinking or worrying) and third is circadian rhythm disruption (going to bed/waking up at different times each day).

One of the main culprits to poor sleep habits nowadays is blue light. “It shuts down the production of melatonin which is the hormone that makes you feel tired.” Too many people nowadays go to bed with their laptop, cell phone or tablet emitting a lot of blue light.

While the governments figure out a way to slowly reopen the economy and get life back to some semblance of normality there are many things people can do to stay focused, positive and productive. As Dr. Friesen said, now is a good time to reflect and revaluate goals. Ignite the flame.

Dr. Chris Friesen, Ph.D. is a licensed clinical, forensic, and neuropsychologist helping professional, national/Olympic, and up-and-coming elite athletes, as well as other high achievers such as entrepreneurs and executives achieve their personal and professional potential. He is director of Friesen Sport & Performance Psychology in Grimsby, a contributor for Success Magazine, and author of ACHIEVE: Find Out Who You Are, What You Really Want, And How To Make It Happen.