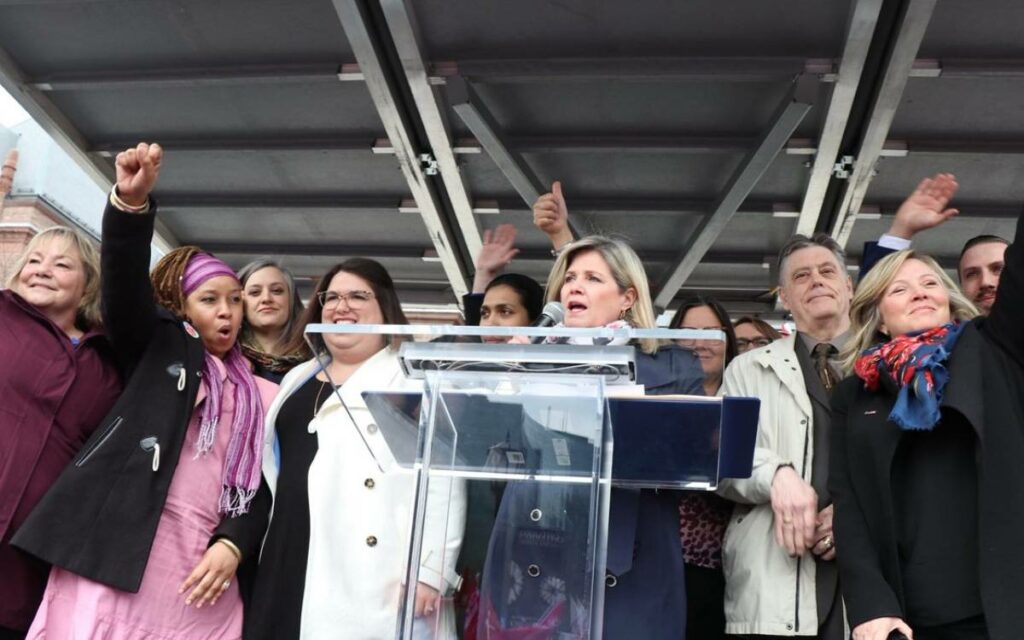 Last week, a piece of legislation called Bill 67: Racial Equity in the Education System Act, received Second Reading in the Ontario legislature. The bill was introduced by NDP MPP Laura Mae Lindo as a private members’ bill. Typically, private members’ bills have virtually no chance of being passed into law, but Bill 67 passed Second Reading with almost all MPPs of all political parties supporting it, so it has a good chance of succeeding if it reaches Third Reading.

The essence of Bill 67 is commonly referred to as Critical Race Theory (CRT), which is based on the premise that Canadian society is systemically racist. The bill defines racism as “the use of socially constructed ideas of race to justify or support, whether consciously or subconsciously, the notion that one race is superior to another”.  The bill claims to be about “the policy of opposing racism including anti-indigenous racism, anti-black racism, anti-Asian racism, antisemitism and Islamophobia”.

Bill 67 also contains references to various kinds of different regulatory measures that can be implemented within the education system to ensure the goals of the policy are being enforced. For example, it contains the clause: “Every person who disrupts or attempts to disrupt the proceedings of a school or class through the use of racist language or by engaging in racist activities is guilty of an offence and on conviction is liable to a fine of not more than $200.”

Who decides that some language is racist or not? And what type of absurdly legalistic processes will we apply in the schoolyard to ensure these convictions will be meted out properly? After all, the bill’s own definition of racism includes “subconscious ideas of race”, so it would appear that we need a means of getting at that subconscious thought level as well. George Orwell must be spinning in his grave.

CRT has been a fact of life in US public schools for some time and has triggered significant parent-led opposition. Parents of all races have found that the introduction of CRT was divisive and a negative force as students and families were encouraged to divide themselves and form groups organized by the school consisting of people of their own skin colour and/or ethnicity. Families of all backgrounds were chastised if they did not consider race to be the main part of their identity, and were encouraged to be constantly on the lookout for grievances, real or imagined. The backlash against CRT in the US has been enormous and should serve as useful background in Canada where we have not as yet seen as much adoption of these contentious policies.

Racism is surely a reality in Canadian society, as it is elsewhere, and warrants sensible policies to eliminate it to the maximum extent possible. Ontario has for many decades practised a Human Rights Code which proscribes discrimination on the basis of race, colour, ethnic origin, citizenship, creed and other similar criteria. There are formal processes in place to receive complaints and adjudicate cases, and a long history of successful application of this law. The notion that some type of highly subjective and intrusive additional legislation needs to be applied to the entire education system is a virtue signalling reaction to a particular political agenda rather than a demonstrated need.

In our current fraught, politically correct environment, it is sadly difficult to have an objective discussion about an issue like racism at all. Proponents of measures such as Bill 67 quickly pounce on anyone who brings up even reasonable objections to something like CRT and accuses them of being vile racists. This “cancel culture” approach often succeeds in shutting down balanced discussion on such topics, to the detriment of a good understanding of the issue and the impacts of a law such as Bill 67.

Bill 67 has yet to go through the committee process and will hopefully receive the full critical analysis it deserves at that time. Should the legislation eventually pass, it likely won’t be long before similar laws are proposed in other provinces so there are precedent-setting implications to this bill as well.

Given the controversial nature of Bill 67 and the current legislative timetable, it is unlikely that the committee process will be complete before the coming provincial election on June 2. As such, it may well be that politicians are viewing Bill 67 as a trial balloon to gauge public reaction to CRT.  If so, this is one trial balloon that needs to be deflated as quickly as possible.