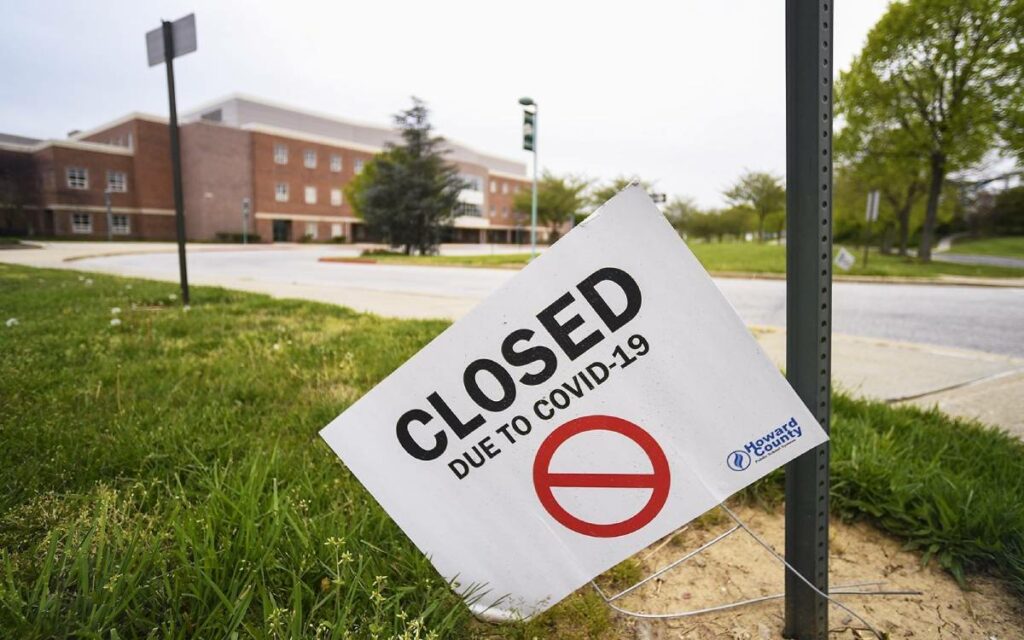 A new kind of ‘long COVID’ is settling in. This one threatens to haunt us, our kids, and our society for years to come. Photo credit: Education Week/Jaclyn Borowski

When COVID-19 first emerged as a threat to the global community, a number of restrictive measures were implemented. The situation has been serious and could not be ignored. The early waves of the disease, in particular, were disturbing, confusing, and deadly. Our hope to end the pandemic appeared to be a vaccine. Thankfully, the vaccines have proven to be excellent at preventing hospitalization and death. Unfortunately, they have been less effective than once hoped at preventing community spread. Millions of people were infected with Omicron variants over the 2021 Christmas season, as well as throughout winter 2022.

Each lockdown, re-opening, and subsequent closure, rather than stopping COVID in its tracks, appears to merely delay the spread of illness. Whether allowing the disease to flood the population within a short period or impeding its progress to keep hospitalizations from rising too sharply is where divergence of opinion occurs. The problem with the former is that medical staff, hospital equipment and other resources can be exhausted. The challenge posed by the latter is that waves can last longer. In any scenario, we face mental health issues, delayed primary care as well as the cancelling of screenings and surgeries.

As we have entered the post-vaccine stage of the pandemic, it has become necessary for governmental leaders to continuously review their approaches to COVID management. Much to the annoyance of common day citizens, the pandemic, like so many other issues, has become partisanized. The impact has been far-reaching.

In the United States, Florida Governor Ron DeSantis has been roundly panned as playing roulette with people’s lives, being insensitive to the elderly, and/or creating unnecessary risk because he emphasizes individual freedom. Meanwhile, the governors of New York, New Jersey, and California received fairly strong support from many mainstream news sources. This trend is problematic for two reasons. First of all, many progressive leaders ignored their own protocols and routinely escaped their respective jurisdictions to enjoy the benefits of more laissez-faire locations. Secondly, these stricter policies routinely failed to prevent high levels of hospitalization and death. Perhaps their motives were, at times, good. They were not, however, always successful.

This is not to say, of course, that the Florida model is without fault or that it is appropriate for everywhere. These locations experienced their own high levels of hospitalizations and deaths. In addition, the health-care realities of Florida fundamentally contrast those in many Canadian provinces or European states. In general, though, it is worth considering what strict measures provide a realistic opportunity to effectively mitigate spread.

In Canada, it seems that the political class has forwarded many of its responsibilities to bureaucratic departments. These officials often advocate a one size fits all approach to pandemic management. This is not necessarily advisable. Dr. Abdu Sharkawy once compared the measures utilized in Ontario to a type of chemotherapy, in which safe, healthy activities become prohibited as a result of inept targeted investment into maximally effective tools. We should be able to keep things open and running while also limiting infections.

The federal government has primarily delegated COVID-19 policies to the provinces. Arguably, the few remaining federal restrictions are questionable, at best. If you are twelve years or older, you must be fully vaccinated to board an airplane or train in Canada. This puts Canada out of touch with every other western democracy. Truckers kept our supply chains rolling for nearly two years. Suddenly, in January of 2022, it was decided that the unvaccinated must be laid off. The divisiveness of this decision, the subsequent protests, the implementation of the Emergency Act, and attempts to avoid a transparent inquiry into the usage of the act have been errors of judgement that will likely find their way into history textbooks.

Many Ontario residents also reportedly found the approach of their provincial government to be ambiguous and inconsistent. At times, Ontario leadership seemed to favour remaining open while allowing individuals to decide how to proceed. Upon other occasions, the government appeared to react to the latest modelling and dramatically change their approach without much warning. For many months, the province was teetering from one anthesis to another, as pronouncements came forth, then were withdrawn, changed, or modified.

The Office of the Premier has articulated a clearer, more positive vision of a balanced reopening in recent months. Whether the previous indecisiveness of the current government costs it at the polls is largely dependent upon the collective mindset of voters. Considering the widespread ignorance of most 2022 regulations, it seems less than likely that the people will elect a Liberal/NDP government, which would be more likely to reintroduce rigorous public health guidelines during the 2022-23 flu season.

Niagara Region has, at times, been subject to the most stringent policies in the province. Our local health department has assumed a greater role than many of its counterparts in other jurisdictions. As the provincial government relaxed their restrictions, Niagara considered continuing mask mandates and/or extending school closures. When Regional Council requested more transparency on datalytics, the health department appeared to express reluctance to publicize its findings.

Today, of course, Niagara and Canada are largely wide-open. School has been mostly uninterrupted this year. Employees are returning to the office. People are going to church again. The Stanley Cup Playoffs have been delighting fans from coast-to-coast every night. There is a real opportunity for our nation to heal and positively move forward. We must, however, be vigilant of new threats.

A new kind of ‘long COVID’ is settling in. This one threatens to haunt us, our kids, and our society for years to come. The long school closures could account for a sharp increase in mental health problems going forward. Suicide among teens and young people is rising. A malady of this nature could poise to outstrip the original impact the disease wrought upon our already vexed health care system. It could also last longer and require vast resources to overcome.

Our next health care calamity may originate from the impact of regrettably harsh yet arguably necessary health measures. If we encounter any extremity in national security at some point over the next decade, the problem will only be further exacerbated as an already battered millennial generation is asked to do the heavy lifting.

Now, more than ever, our politicians need to work together as we seek to recover from a once-in-a-lifetime tragedy. We need to tackle inflation, unemployment and the cost of living. We also must prepare for future health crises. There is room for healthy and robust debate between the government and the opposition. At some point, however, a red line is crossed as pertinent issues that impact us all become nothing more than partisan talking points.

Finally, when General Dwight D. Eisenhower became President, he asked his advisors to make only two piles of paper on his desk. One was for the urgent and the other for the important. Years later, Eisenhower reported that this method of organization helped him to prioritize his work. Throughout this pandemic, that which is urgent, at certain points in time, has overruled that which is important. The fallout has been painful. Let us hope that citizens of all partisan affiliations have learned that the next time a health (or any other) crisis hits, both the urgent and the important must receive reasonable and adequate attention.