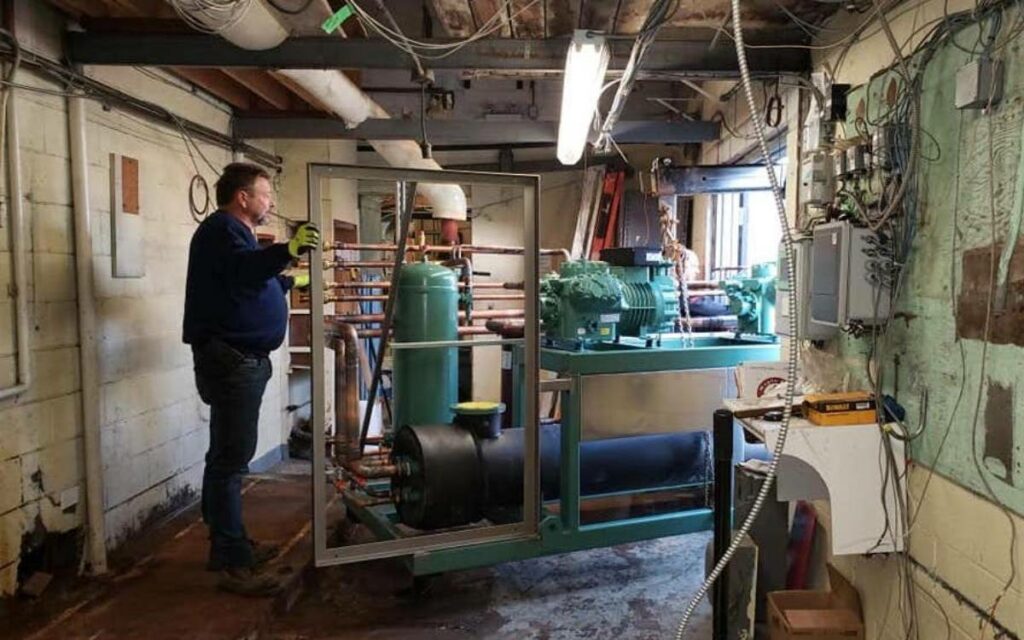 After the COVID-19 pandemic wreaked havoc on the Niagara Falls Curling Club’s ability to stay open this past season, the organization is ready to welcome back members; but not before some major, much-needed maintenance gets a final once-over.

For years, the machine used to freeze the ice at the curling facility was old and in desperate need of replacement. This fall, the club finally decided to replace it.

Manager and icemaker Sean Ford, who has worked at the club since September, says there were several reasons the change was made this year.

On top of that, Ford said that the age of the machine, as well as increasingly costly maintenance bills made it clear that it was time to replace the aging infrastructure that has kept the club going.

“The existing system had been in place since 1985…that’s a significant amount of time on an ice plant, so it didn’t owe us anything. We got our money out of it. The last couple of years, we’ve been getting more bills, and regular maintenance. You know, bigger problems.” As a result of the new system, Ford says that they should be able to cool the ice down much more quickly and be able to manage warmer temperatures, which means that curlers will be able to enjoy playing their sport further into the year.

While it may be a necessity, it certainly didn’t reduce the sticker shock that goes along with such an important piece of equipment. “It’s a very large expenditure. It’s north of $200,000 to replace an ice plant. It’s a significant expense for a club.”

To help pay for the new ice plant, the club was able to sell off a piece of property. “We had some property that we sold to help finance the ice plant. We held onto that property for several years. We hummed and hawed about what to do with it, and the ice plant seemed to be the best expense, and the timing was right.” As Ford points out, there should be cost savings on the day-to-day operations of keeping the club running now. “We’re going to see savings there and we’re also going to see savings on maintenance as well.”

As for the future of the club, they had hoped to be up and running and welcoming curlers back to the ice much earlier. “There’s been delays with equipment and the timelines have had to be adjusted…Originally the ice plant was due to be up and running by the middle of September, but with shipping delays and equipment problems we’ve been delayed a little bit.”

Ford says that while membership numbers aren’t where they were pre-pandemic, it’s not something that is unique to Niagara.

“The discussion of growing youth membership is a popular one. It’s tough. There are so many things for kids to do today, that curling is struggling to grab attention.”

The long-time curler believes that bringing curling into schools, and having it covered on TV is helpful in growing the sport nationally. Yet, he admits that further steps need to be taken to compete with ever improving curlers around the world.

“The rest of the world has caught up. What we once enjoyed as a given, the others have taken and gone full bore into training and they’ve embraced new methodologies for coaching and what not…Canada traditionally counted on our grassroots, our large curling infrastructure if you will, to generate winners…it’s now caught up to us.”

Despite all the delays and struggles that curling is facing around the country, Ford says that the curling club is looking to give back to its members by extending the season into May and hosting club bonspiels (tournaments).

“Everybody has struggled. The club has struggled the past year and a half. If we can get back to a little bit of normal and get re-acquainted, that’s awesome.”

The Niagara Falls Curling Club has been at its current location on Morrison Street since 1956. It’s one of five clubs in the Niagara Region. 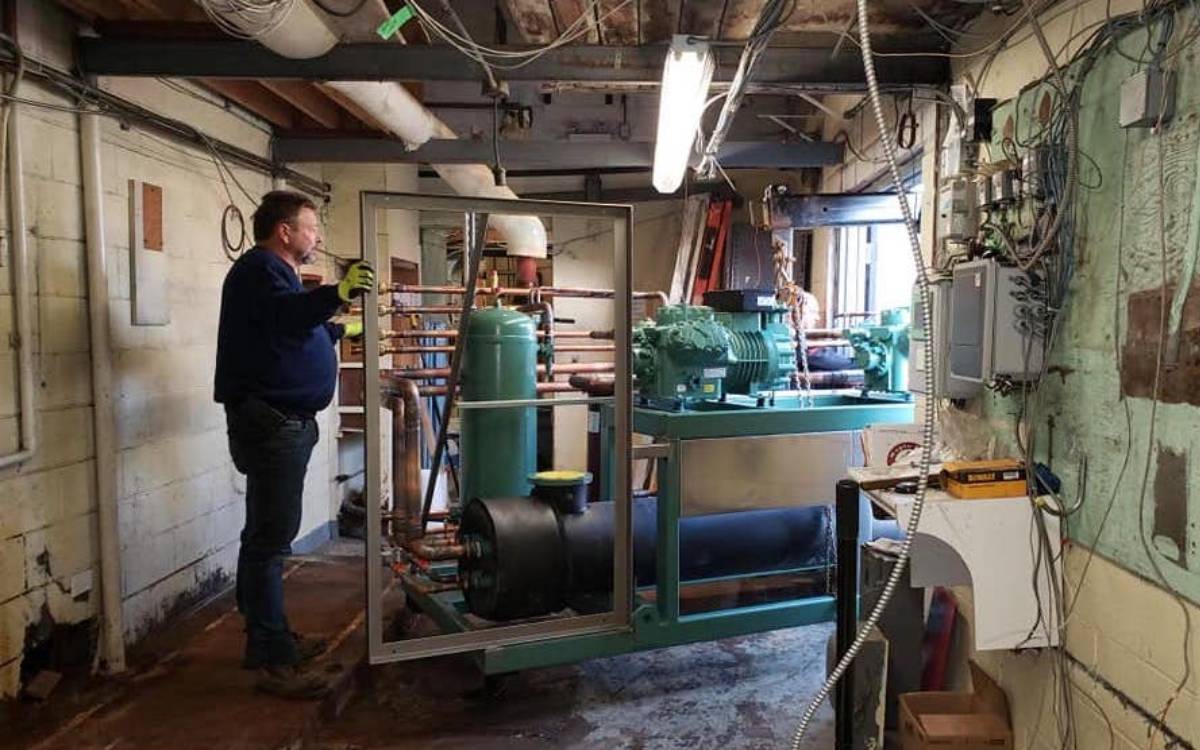