Does combating racism in Society Start by fighting it in our hearts? 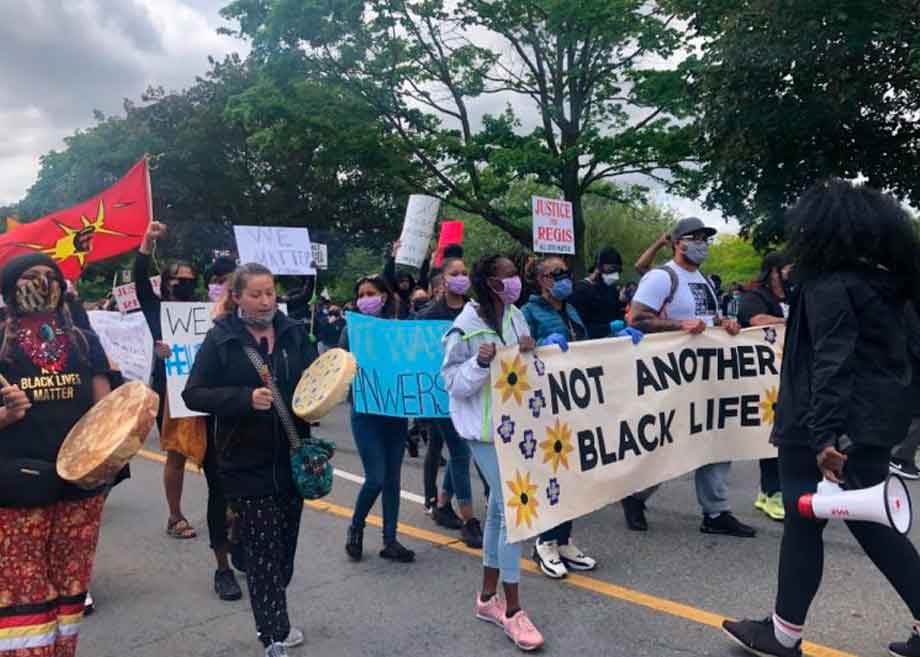 Former Prime Minister Pierre Elliott Trudeau once compared Canada’s close proximity to the United States to sleeping with an elephant.

His now famous quote is as true today as when he said it to the Washington Press Club some 51 years ago, saying, “Living next to you is in some ways like sleeping with a elephant. No matter how friendly and even-tempered is the beast, if I can call it that, one is affected by every twitch and grunt.”

Perhaps the now famous and incredibly awkward pause by his son this week was now Prime Minister Justin Trudeau trying to recall his father’s quote. Perhaps he was struggling with the “even-tempered” part.

For nothing we have seen recently from our mostly southern neighbours could be described as “even-tempered.” Utter chaos would be more fitting. And while as Canadians we are struggling with many of the same issues facing the U.S., for many of us our struggle of how to respond to those issues is just as apparent.

I am of course speaking of the systemic racism that is in both our countries and in many cases engrained into the very systems our government supposedly created to protect all people.

So whether it is the prime minister’s weird and awkward pause or Premier Doug Ford’s unfortunate rationalization and subsequent apology, many Canadians are having trouble on how to respond. This includes Canadians of all colours and especially white ones even those who would consider themselves enlightened – myself included.

Do I believe Canada’s black community faces the same kind of systemic racism as we see in the United States? A few years ago I would have probably said no. That was before I moved to Toronto and saw marginalized black communities first hand and how I reacted to being in certain areas of the city.

Not because I am an overt racist or anything, but because of the stories I have read in the media, the depictions of certain predominantly black areas, like Jane and Finch or Rexdale, and the gut reaction those depictions sometimes create.

Simply put, as a child growing up in Calgary and even as an adult in various parts of B.C. where the black community was and still is very small, I never thought I saw systemic racism against that community. And if I did I was simply not aware of it mainly because of the size of the community not because it didn’t exist.

I think many white people like me are having the same reaction – so this wakeup call is clearly appropriate.

However, if asked, is there systemic racism against Canada’s native population? My answer would be, “of course”; you would have to be wilfully blind and ignorant not to see it.

Working with the Attorney General of British Columbia and the Treaty Negotiations Office there were incidents of questionable police actions.

And in fact, as a crime reporter, I have covered my fair share of shootings that verge on murder – in my opinion – of native men, women and children. Some of those shootings were committed by police officers, one in particular that killed a mother and her young son.

I am not going to get into describing them as the images from writing those stories a couple decades ago still haunt me to this day. And I agree with the sentiment many in the black community are saying right now, that those killings would never be tolerated in white communities.

Not even tolerated, they just wouldn’t happen.

In some of the cases it wasn’t racism of the pointy white hats kind, but the racism that is engrained into people through years of expectations of a certain communities based on media or assumptions or history or taught behaviour or just plain baked in bigotry.

And if quite apparent systemic racism can exist against Canada’s native community, then it isn’t much of a stretch to believe it exists against other marginalized communities including the black community.

I don’t have an answer, but perhaps the message right now is for everyone to wake up and realize the problem exists. If I am wrong about this important first step I do apologize, though I will say it isn’t out of malice, it is simply out of ignorance and I am trying to understand.

It will not happen overnight and can only happen if we all work together to combat racism in our communities and most importantly in our hearts. That doesn’t mean risking your lives by marching in a parade during COVID-19 – again my opinion – rather it means fighting the engrained emotional reactions to someone based only on skin colour or ethnicity.

I consider myself a pretty open minded and non-judgemental person – politics aside – but I know I struggle with a lifetime of taught behaviour and beliefs. As I am sure many of us do.

So I will say to any of my black friends and marginalized friends and really anyone else that I will continue to grow and learn and fight any urges I may have to think or feel a certain way based on wrong-headed learned behaviour. I will also use my voice to call out that behaviour in others and the systems we have in place in society.

I don’t know what more I can do, and I would appreciate learning. As a society we haven’t always been respectful, but I am trying to be, so please show this one white man the gentleness that has been absent towards you too often in the past.

As a closing thought, I wrote the headline to this piece as a question because I don’t want to be doing what clearly has been happening for too long, I don’t want to further marginalize anyone by making assumptions.

Again, tell me if that is wrong.