Does Doug Ford Know why he’s winning the election – so far? 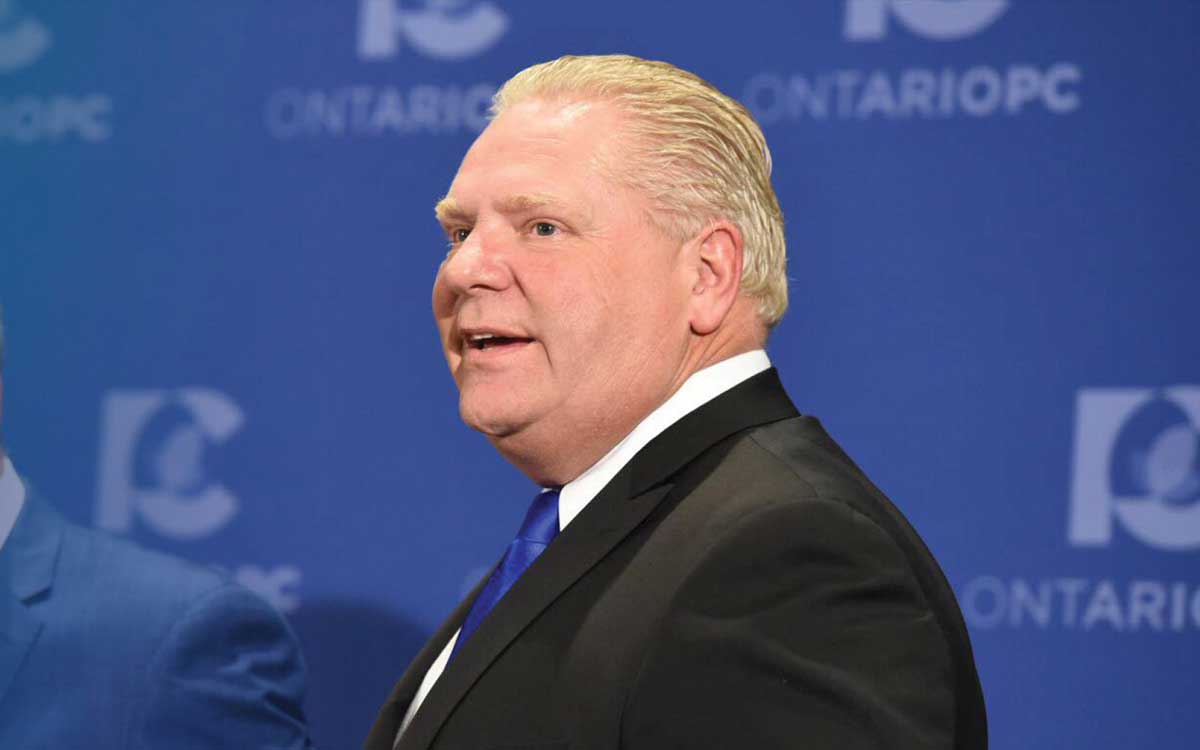 With 9 weeks to go until the June 7 provincial election, Ontario’s Progressive Conservative Party, under newly-minted leader Doug Ford, is far ahead of the governing Liberals in every major opinion poll. The big question is: can he maintain the lead? Or, will he become just another PC leader – in a long line of PC leaders – to bungle the campaign in the eleventh hour?

The answer to that, depends largely on the answer to this: Does Ford know why he’s winning? If not, the Tories’ prospects are bleaker than they appear.

Not the same old PC Party

Prior to its 2015 leadership race, the Ontario PC Party was a sad thing to behold: about 9,000 members – almost exclusively old, almost exclusively white. The vast majority were over 50 and more than half were over 65. Having lost four elections under three different leaders, the party was, quite literally, dying.

Patrick Brown rebuilt the party from the ground up. He attracted tens of thousands of new PC members from every walk of life, every corner of the province and every ethnic background in Ontario. He promised them a new party that reflected their interests – not the interests of the province’s elite, nor even of the party’s elite. And, he delivered.

The new PC Party is over 100,000 strong and is truly a reflection of the modern face of Ontario. Their interests are well-aligned with the broader population’s interests – not necessarily with the interests of “Old Guard” conservatives.

That is why they’re winning in the polls.

A lot of Old Guard conservatives – those 9,000 who stuck with the party through the lean years – don’t understand this. They didn’t understand why they lost in 2014, or in 2011, or even in 2007. In fact, the only 2015 PC leadership candidate who recognized the real problem was Patrick Brown. That’s why he won.

The Old Guard thought then, and they think now, that they lost because either they didn’t communicate effectively with voters, or they simply weren’t conservative enough.

“Mike Harris won in 1995 because he was a real conservative,” they lament. So, the path to re-election today surely must be to offer the people of Ontario a “real conservative choice” that is not “Liberal Light.” Also, wrong.

Harris didn’t win because he was a right-wing conservative. He won because he put together a platform that people wanted at the time.

The path to victory in 2018 is not a return to hard-right conservatism. It’s by building a party that reflects the modern face of Ontario – and by offering a government that will deliver on the modern needs and concerns of Ontarians.

Patrick Brown knew this and reshaped the PC Party of Ontario to deliver it. He crafted a winning platform that promised to deliver what most Ontarians want. Ford will not win by convincing voters they should be more conservative. He will win by understanding what voters want from their government and by delivering that affordably and sustainably.

The test now is to see if Doug Ford and his team understand this.

If they think like the Old Guard and believe victory will only result from a hard-right turn, then Ford will lead Ontario’s PC Party to its fifth successive electoral defeat, one the Party itself is unlikely to survive.

Let’s hope he’s learned a thing or two. I think he may have. I certainly would never bet against a Ford.

Mark Towhey is a trusted advisor to business and political leaders, host of #TheBestShowEver on NEWSTALK1010 Sundays in Toronto, author of “Mayor Rob Ford: Uncontrollable” and a dynamic keynote speaker.

Does Doug Ford Know why he’s winning the election – so far?

By Mark Towhey Time To Read: 3 min
Local Niagara News Briefs
Provincial What the 2018 Liberal Budget Means for the 2018 El…