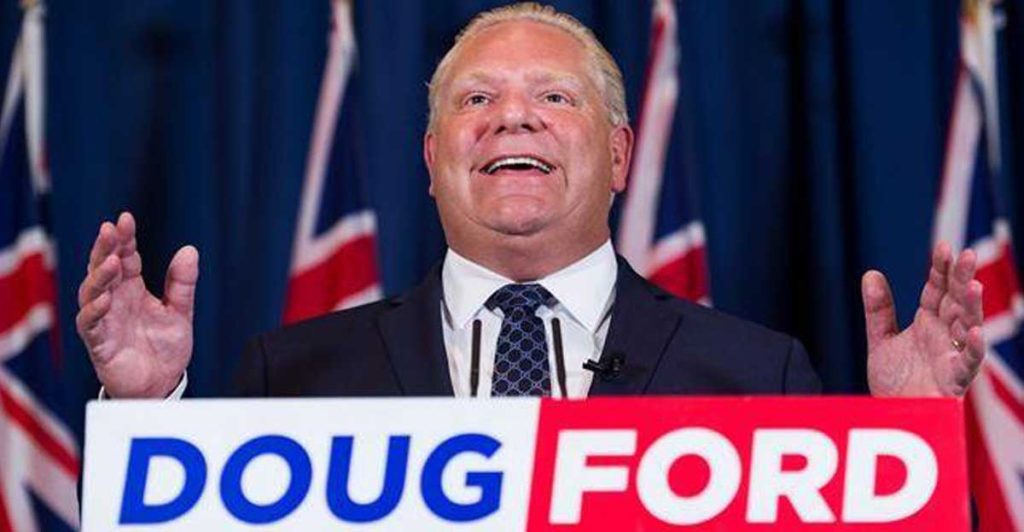 It has been less than a week since the Progressive Conservative’s decisive victory in the Ontario election, yet already there have been a few indications as to the philosophy and approach of the new government.  As the tumultuous G7 meeting wound up over the past weekend, and Canada-US relations looked to be in the worst shape of the past few decades, a number of Conservative politicians across Canada publicly expressed support for the federal Liberal government in their defense of Canada’s interests in the ongoing trade negotiations.  Premier-elect Doug Ford was one of those conservatives, as he sent out a positive message that he stood “shoulder to shoulder” with the Prime Minister in protecting Canada’s interests and vital Ontario jobs in the NAFTA talks.

Another commentary from Ford pertained to the Al-Quds rally that took place over the past weekend.  This event takes place annually, and speakers at it typically call for the elimination of all Israelis and Zionists.  This year’s version was no exception. A number of Hezbollah flags were seen flying at this rally, which is at a minimum pretty questionable considering that Hezbollah is banned in Canada as a terrorist group.  Reacting to this rally, Ford commented that blatantly racist or anti-Semitic events like this would no longer be part of the landscape in Ontario.

On another hot-button issue, Ford weighed in on the impending Pride parade.  When asked if he planned to participate in the Toronto Pride parade this year, he responded that he would be happy to attend as long as the police were permitted once again to be there in uniform.  Back in 2016, the organization behind the parade made the controversial decision to exclude police in uniform, despite the fact that police had previously been participants for many years.  This decision was seen as  inappropriate for a number of reasons, especially considering that Pride Toronto continues to receive a significant amount of tax dollars to stage the event.

All of these interventions on Doug Ford’s part were sensible, measured and expressed a point of view that the majority of Ontarians could be expected to support.  Despite the post-election histrionics of many on the left about the apocalypse that was imminent as a conservative government with Doug Ford as leader took over the helm, these early indications suggest there is no reason for alarm. If the new Ontario government can maintain this tone of non-partisan common sense on such important policy issues as US trade relations and keep an even keel on potentially explosive matters such as Pride, racism and anti-Semitism, the majority of Ontarians will be very pleased with that approach.