‘Eco-colonialism’ and unresolved governance issues standing in the way of benefits for Indigenous communities: Quesnel 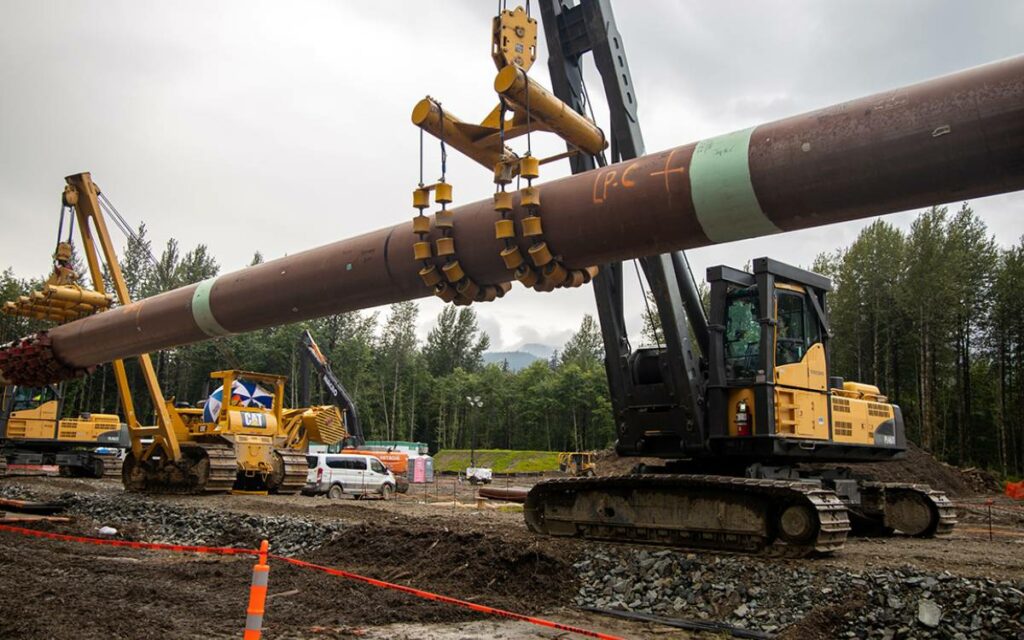 A pipeline dispute in northern British Columbia is showing how unresolved Indigenous governance issues and an absence of the rule of law is preventing the orderly development of energy resources for the benefit of Indigenous communities.

A few weeks ago, certain members of the Likhts’amisyu Clan from the Wet’suwet’en Nation in British Columbia attempted to immobilize heavy equipment being used by pipeline contractors working along the Coastal GasLink route in northern B.C.

However, the incident led to some arrests – including of one hereditary chief – by RCMP and Coastal GasLink security personnel. Despite these attempted disruptions, construction along the route continues.

The Likhts’amisyu Clan is one of five traditional clans that make up the Wet’suwet’en Nation.

The protesters from the clan claimed they were enforcing ancient trespass laws and were respecting Wet’suwet’en law.

The Wet’suwet’en Nation made national headlines right before the pandemic in early 2020 when certain hereditary chiefs issued an eviction notice against Coastal GasLink, halting construction for over a month. The matter came to the whole country’s attention when other Indigenous groups – in solidarity with the group of hereditary chiefs – staged protests and began to block critical rail lines.

At the time, it was revealed that the issue was anything but simple, as all the elected band councils representing the Wet’suwet’en Nation supported the project and had signed benefit agreements with Coastal GasLink.

The conflict over who speaks for communities, between older hereditary chief systems versus the imposed Indian Act band council system, is more specific to British Columbia but there are precedents where communities were able to resolve these issues. Squamish Nation resolved this problem in the late 1970s, giving the elected council jurisdiction over on and off-reserve issues.

To make matters worse, paid environmentalists have targeted these communities in an attempt to influence local politics away from resource development.

Calvin Helin, a renowned BC Indigenous entrepreneur, author and lawyer, has documented this rise of “eco-colonialism,” where environmentalists funded by large foreign foundations target Indigenous communities and support local elements that are opposed to resource development.

The Office of the Wet’suwet’en – the society purporting to represent hereditary chiefs – has received funding from the Tides Foundation. Also interesting are reports that most of the chiefs initially supported the project, but some of the pro-project chiefs were removed from their positions and replaced by opponents.

The Office of the Wet’suwet’en did not respond to an emailed request for comment on the Likhts’amisyu Clan actions.

All these allegations cast doubts on the ability to find a fair way to resolve the impasse between elected and hereditary leaderships.

The evidence shows that foreign-funded environmentalists only use Indigenous self-determination when it suits their much greater goal of stopping resource development. For example, recent anti-logging activities in the Fairy Creek area of British Columbia were opposed by the local Pacheedaht Nation. Indigenous groups in the region had a history of responsible forest activities. However, calls by the Indigenous leadership for anti-logging acts to cease went unheeded by the activists.

Ottawa attempted to resolve the Wet’suwet’en impasse by helping bring together the hereditary chiefs, the B.C government, and the federal government to reach a pact that recognized Wet’suwet’en rights and title. The process was supposed to transfer authority over child welfare and land use to the community. However, the agreement did not address the Coastal GasLink issue. To make matters worse, the federal government excluded the elected band leaders when drafting the agreement.

Thus, the government has not resolved the governance and decision-making issues at the heart of the dispute, setting up the main actors for more conflict down the road. This is precisely what will make it more difficult to develop natural resources in traditional territories and sign benefit agreements with communities. Private developers need stability and predictability, consistent decision-making processes so they know who to speak to.

Ottawa and the provinces need to sit down and resolve these governance issues. Governments must also investigate the influence of “eco-colonialism” and prevent these groups from subverting First Nations from restructuring their governance.

Only this will allow Indigenous communities to receive proper benefits from resources on their lands when private companies come knocking on their doors.

Joseph Quesnel is a Nova Scotia-based consultant with the Canadian Energy Centre (CEC) who is Quebec Metis by heritage. This article first appeared on the CEC website on Nov. 9, 2021. Reprinted here with permission.