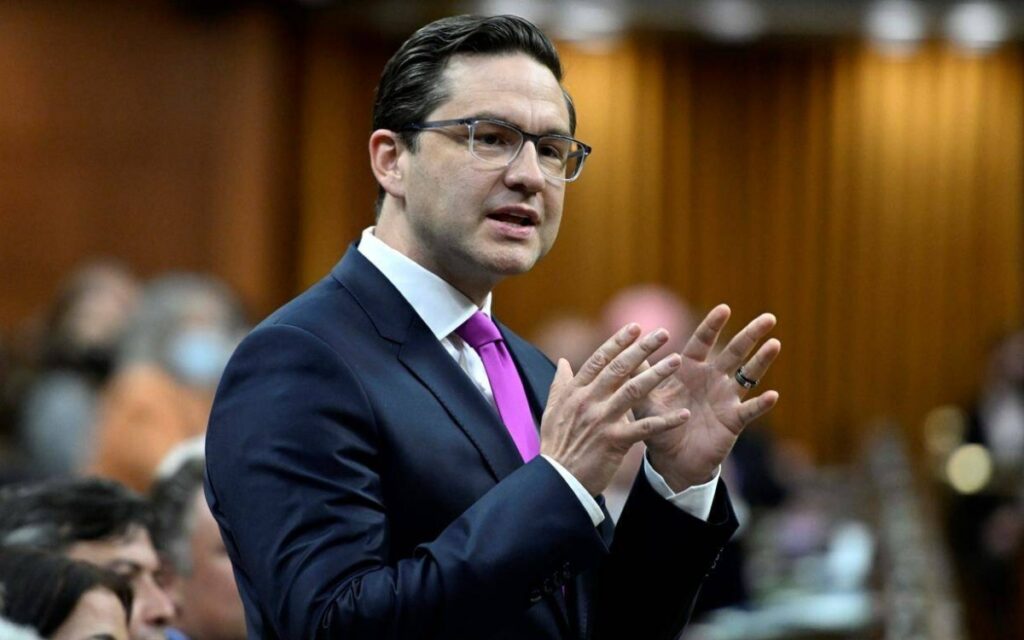 With the business of government set to restart soon, expect the freshly elected head of the CPC Pierre Poilievre to exploit Canada’s myriad economic woes to cudgel both the governing Liberals and the party propping them up. Photo credit: The Canadian Press/Justin Tang

We’re off to the races. After a sleepy summer, we finally have clarity on who will be leading our federal political parties into the next election.

In the blue corner, we’ve got Pierre Poilievre steering the Conservative Party after a landslide victory last weekend. In the red corner, we have Justin Trudeau at the helm of the Liberal Party. And then there is Jagmeet Singh in the orange corner, who continues to singlehandedly prop up the balance of power in the House of Commons.

But before Canadians get anywhere near a polling station, they will first get a sneak preview of how the dynamic between party leaders will play out when Parliament returns next week.

We know the issues, and they are largely domestic in nature. With an overheated economy, consumer debt on the rise, and skyrocketing inflation, it appears as though each party will walk through the doors of Parliament armed with criticisms of what is (or isn’t) being done to counter the cost-of-living crisis facing scores of Canadians from one end of the country to the other.

The parliamentary kick-off presents a few unique challenges for the governing Liberals that weren’t seen in previous years. While the Conservatives have always focused their attacks on economic issues, be it out of control spending or annual increases to carbon and payroll taxes, there has been no point in the last seven years when the message about life becoming more expensive has been salient enough to dominate the agenda.

For the most part, the Liberals have reaped the benefits of a strong economy and labour market that has allowed them to spend freely on their election promises. By contrast, the Conservatives have looked like fear mongers to anyone not dyed in blue wool.

But this is about to change, and it’s not just the Conservatives who will be sharpening their teeth on the topic of the cost of living. For weeks, Jagmeet Singh has been using social media to hammer home that the Liberals and Conservatives are one and the same, and in doing so, push the narrative that the NDP is the only party standing up for Canadians whose lives have only gotten more expensive under Conservative and Liberal regimes.

While the NDP punches don’t seem to pack much weight these days, these attacks will likely make some Liberal caucus members question why exactly they were picked as a dance partner.

The second challenge for the governing party presents itself in the form of the Liberal-NDP pact. As a result of Trudeau securing the ability to call the next election on his terms, any chance of pursuing a path of fiscal prudence is out the window. Instead, the likely outcome is more announcements like the one we saw this week in the form of top ups to the GST rebate and the Canada Housing Benefit for low- and modest-income Canadians.

While spending sometimes solves a problem in the short term, the Trudeau Liberals are going to have to demonstrate they have a plan that extends beyond putting forward band aid solutions for complex problems. If they continue to look like they are doing the NDP’s bidding, this could have the unintended consequence of alienating long-time Liberal voters, and Conservative-Liberal swing voters who have held their nose and supported the status quo in the last two elections because they didn’t like the alternative.

As competing visions come together in the forms of barbs and attacks, there is unlikely to be a dull moment in Ottawa this fall. Canadians would be wise to tune in to see what is on offer, or more importantly, what isn’t.