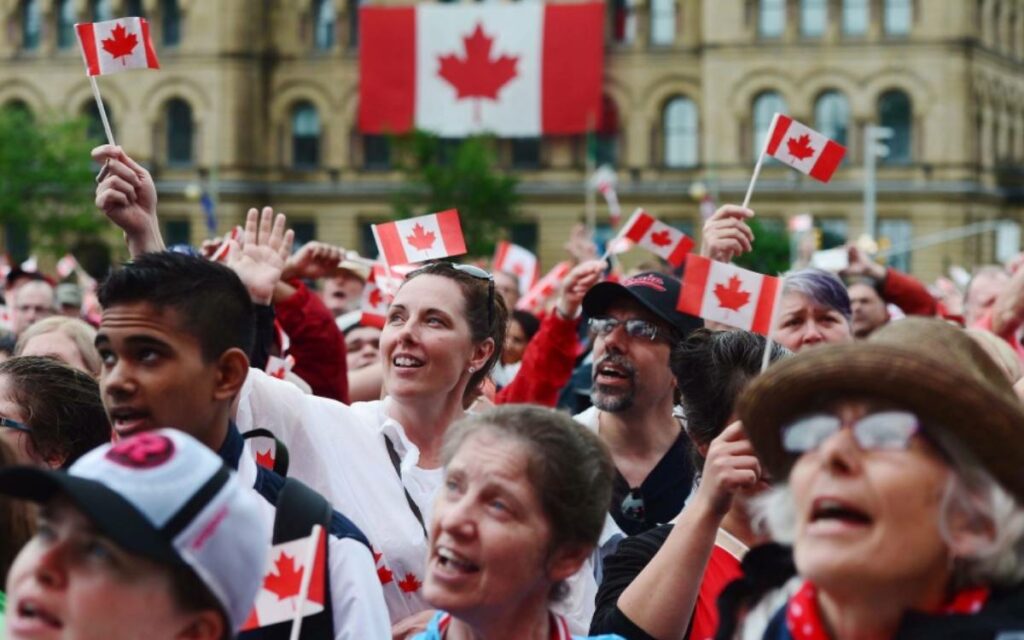 Have we ever seen such a fraught Canada Day? The amount of negativity and self-flagellation championed by many politicians and other elites is truly exceptional this year. The appalling discovery of the unmarked graves of many Indigenous children has sparked much of this reaction in 2021, but if we look back at the last few years it becomes clear that a negative pall has been cast over our national holiday ever since the Justin Trudeau administration came to power in 2015. Instead of championing Canada’s many strong qualities, while certainly acknowledging the problems in our history, this Liberal government has routinely dragged Canada down and placed an outsized negative stain on our national character. This is a consistent trait of leftist politicians and groups, who always seem to emphasize the downside of any issue at the expense of the upside.

A couple of recent polls show that average Canadians are not buying this overly pessimistic perspective on Canada. A poll by the Angus Reid group published last week showed that, when asked if they believed Canada was a “racist country”, only one-third of respondents agreed with the sentiment.  Interestingly, the number was only very slightly higher for Indigenous respondents.

There were also some significant differences among the provinces in the survey results. The province least likely to believe Canada was a racist country was Quebec, where only 24 per cent of respondents agreed with the assertion. At the other extreme was Saskatchewan, there 44 per cent agreed Canada was racist, followed by Manitoba and BC, each at 40 per cent. Of the Indigenous Canadians surveyed, 36 per cent believed Canada to be racist, which was lower than the 42 per cent found among visible minorities generally. The poll results did show, however, that Indigenous Canadians believed themselves to be the group most alienated from the mainstream of Canadian society. Overall, it is heartening that in no province or within any particular group did a majority agree with the notion that Canada is a racist country.

Another poll commissioned by the National Post inquired about Canada Day itself, and whether Canadians believed it should be cancelled given recent events. A strong majority of 77 per cent said no, while 14 per cent believed the holiday festivities should be cancelled and 10 per cent were unsure.  Other questions on the survey also found a significant majority of Canadians favoured more frequent displays of the Canadian flag and agreed that overall Canada’s history had much more to celebrate than to be ashamed about.

As for the discovery of the unmarked Indigenous graveyards around residential schools, this should not have come as a surprise to anyone with a passing knowledge of relevant Canadian history. It has long been known that deaths of Indigenous children at residential schools took place in very high numbers, mostly due to disease and a lack of proper health care in these institutions. A review of some historical documents shows the horrendous fact that in some institutions as many as half of the students died from tuberculosis, and that the federal government at the time was informed about this yet did nothing.

The 2015 Report of the Truth and Reconciliation Commission on the residential school system stated that at least 3,200 children had died from disease and poor care, while noting that the actual numbers were likely much higher as record-keeping was so poorly done by these institutions. Despite its near-constant claims to prioritize Indigenous issues, the Trudeau government has implemented very few of the recommendations of this commission. Several Indigenous leaders have, to their credit, come forward and confirmed that the existence of unmarked graves is not new information and, despite being a very shameful chapter in Canadian history, should not be represented as such.

Every country has its deplorable historical events, and Canada is no exception. As has been shown time and again, the best way to avoid repeating mistakes of the past is to learn from them. Attempts to eradicate history like so much of the “woke” crowd seems determined to do these days with tearing down statues, burning churches and other simplistic actions, do nothing to solve the actual problems and obscure the very real issues involved. There are many good reasons people from all over the world flock to Canada, typically from places with much worse track records. It is heartening to see average people in Canada have a much more balanced view of the truth about our country than many of our so-called leaders, while being fully and justifiably disturbed by the dark times in our past.