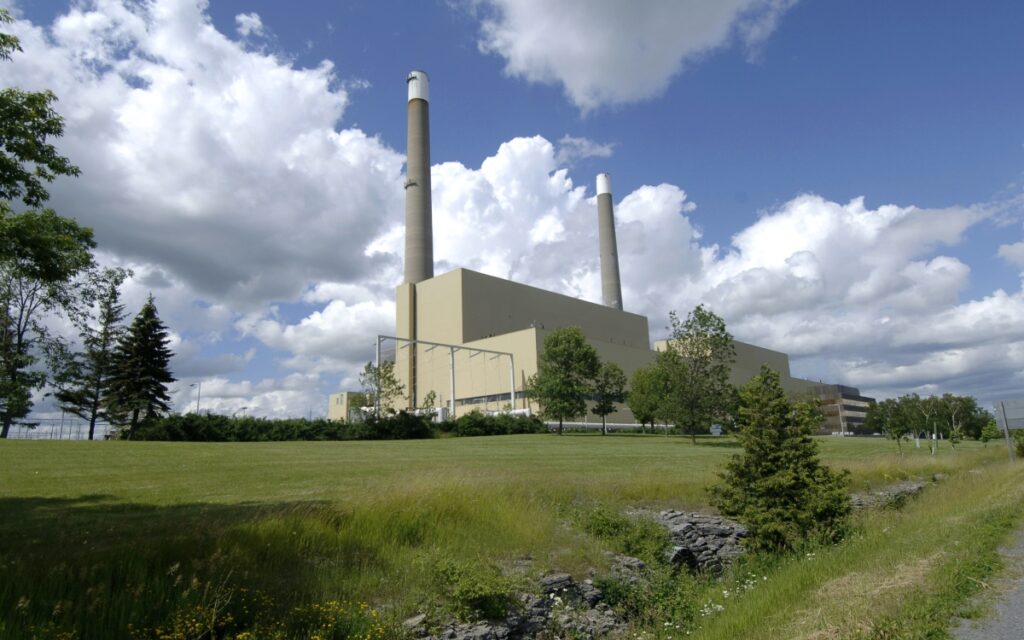 A number of Canadian jurisdictions are proceeding with plans to continue on the so-called “decarbonization” bandwagon and move away from more reliable and affordable energy sources. Pictured is Ontario’s Lennox Generating Station, dual-fuelled by oil and natural gas. Photo credit: OPG

All indications are that Europe is facing the prospect of a very difficult winter of sky-high energy costs, energy shortages and probably a global recession. European countries made themselves vulnerable to these shocks by a naïve belief that renewable energy could fulfill a significant amount of their energy demand combined with the expectation that Russia would be a trustworthy supplier of natural gas. Recent events have blown both of these assumptions to smithereens. In addition, reports that Ukraine is making significant gains against Russia in their ongoing conflict has raised concerns that Russia will be even more punitive to its European energy customers in an attempt to discourage their support of Ukraine.

Given all of these developments, you would think that other countries would be using the European experience as something to avoid, not to emulate. Yet a number of Canadian jurisdictions are proceeding with plans to continue on the so-called “decarbonization” bandwagon and move away from more reliable and affordable energy sources.

A few weeks ago, Ontario Minister of Energy Todd Smith sent a letter to the head of the Independent Electricity System Operator (IESO) commenting on various aspects of the adequacy of the province’s electricity generation capacity. There were some encouraging elements to the letter, such as progress on the implementation of Canada’s first grid-scale Small Modular Reactor, an innovative development in the nuclear power area. The letter also notes that some recent procurement contracts have secured supply at lower cost than previous contracts, which should be good news to beleaguered Ontario electricity consumers and businesses who have faced exorbitant electricity prices for years.

There were also worrisome elements to the letter, however, indicating that the minister has asked IESO to “evaluate a moratorium on the procurement of new natural gas-fired generating stations and to develop an achievable pathway to phase out natural gas generation and achieve zero emissions in the electricity system”. The key word here may be “achievable”, since no one else in the world seems to have figured that one out yet. It will be interesting to see what the IESO comes up with when it reports back to the minister this fall, and if they have learned anything from the European fiasco.

Another worrisome communication in Ontario came from the Ontario Energy Board (OEB), as it announced its campaign to promote an energy transition away from fossil fuels to a more sustainable, renewable energy future. Huh? The OEB is a regulatory body, and as such cannot be a promoter of political causes. The OEB should stay in its lane and leave the politics to the politicians.

On the west coast, the City of Victoria recently announced it would be banning the use of natural gas and fossil fuels in new buildings as of 2025 – five years ahead of when BC claims it will require all new construction to contain zero carbon. As winter conditions in BC are more moderate than elsewhere in Canada, perhaps these governments believe they can be especially ambitious, but it is more likely that these goals will end up being just as unattainable as every other climate goal has been for decades.

Quebec was the first jurisdiction in the world to explicitly ban oil and gas development earlier in 2022 and require that existing drilling sites be shut down within three years. As Quebec is not currently much of a producer of oil and gas and enjoys the natural advantage of abundant hydro-electric power generation, this was not as difficult as it would have been in other regions. Quebec has also said it will be illegal to install new or replacement heating systems with fossil fuel-based systems after the end of 2023. A significant number of Quebec households continue to use oil or natural gas for heat, so attaining this goal is unlikely.

As the evidence continues to expose the folly of these climate goals and the situation becomes more dire in Europe, there has been a growing movement to inject a little more reality into the net zero juggernaut. Recent actions by various Canadian government do suggest, sadly, that more pain will need to occur before more sensible and attainable energy approaches find their way into their plans. And winter is coming.