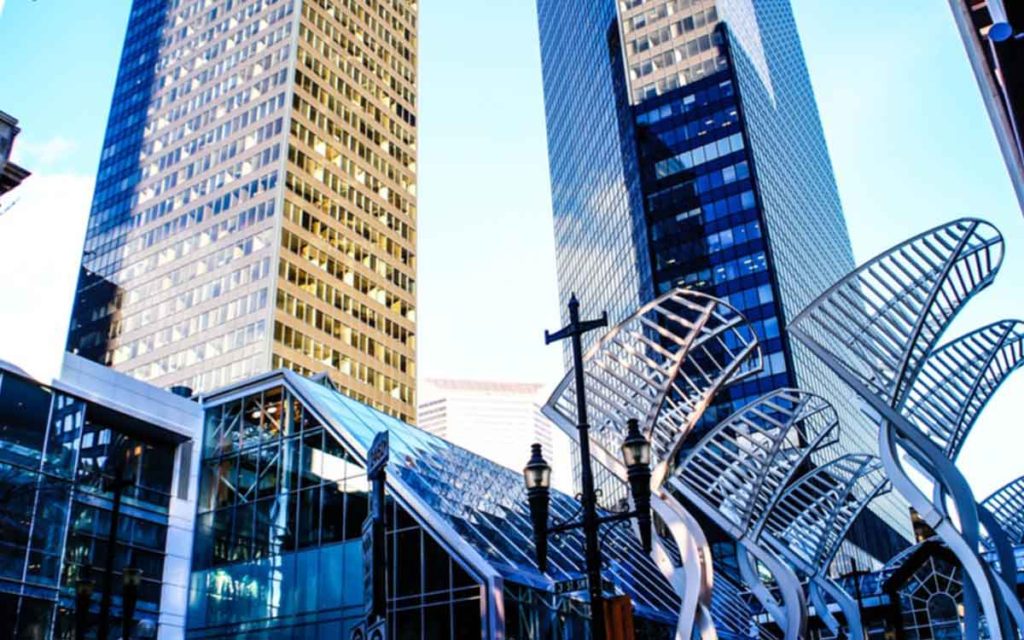 The year is only a few weeks old. With more than 90% of 2019 yet to happen, it is not too late to predict what will occur. The following article contains only good news. After the disastrous end to 2018 from the Trans Mountain pipeline decision to the Canadian oil price collapse, no need to rehash what went wrong, or what could go wrong.

This year is my 40th of writing about the Canadian oilpatch. The only conclusion I have reached after four decades of being a non-impartial analyst and reporter of the affairs of our industry during multiple boom and bust cycles is oil people are better at extrapolating than forecasting. We assume that whatever happened yesterday will happen tomorrow and thereafter. If things are good they’ll always be good. If they are bad, they’ll remain awful.

Wrong. The only thing certain I can extract from all the predictions and all the actual outcomes over all the years is the herd is invariably incorrect. Things never turn out the way people plan or wish. It then becomes a question of how much and in what direction.

Last year ended with what was surely one of the most extreme bouts of pessimism our industry has ever experienced with little good to look forward to, at least in the short term. Few professional prognosticators, if any, are optimistic about 2019.

Now that you know the consensus outlook is most certainly wrong, the question is in what direction? Since it can’t get any worse, it’s just got to get better. Here’s why.

Oil Prices Will Be Higher Than Most Think

The average forecast price for WTI in 2019 (9 investment banks and the Energy Information Administration, EIA) is US$58.58. Most of these predictions were made when oil was in freefall in December. This is below the 2018 average price of $US64.90 and less than every year since 2004 except 2015, 2016 and 2017. World oil demand will pass through 100 million barrels per day and there is no hope on the horizon for increased or even stabilized production from former major producers Venezuela, Libya or Nigeria. Output from Mexico continues to decline.

The 40% drop in WTI from early October to the end of the year was surely the greatest price plunge in recent memory based on thin overproduction and modest inventory builds. After the OPEC meeting that tanked prices in November of 2014, it took eight months for crude to fall this much.

In late 2018 the market parted ways with supply/demand fundamentals because the selloff was exacerbated by external factors such the US trade war with China and the meltdown of global stock markets. Price volatility was assured by US President Donald Trump first announcing the reintroduction of sanctions on Iranian oil exports then immediately granting exemptions for eight importing countries including Japan, India and South Korea.

And, of course, prices were affected by the continued output growth of the Permian Basin, the greatest oilfield in the history of the world despite the fact it is expensive, cursed with high decline rates, and is supported by capital markets not because it is exceptionally profitable but because of uber-low interest rates. Due to high costs compared to conventional reservoirs in places like the Middle East, Permian production is more likely to put a floor under oil prices than a cap.

Alberta Will Elect a New Government

Alberta’s only major experiment with socialism since Social Credit started printing funny money in the 1930s will end after the 2019 election (it is supposed to be in the spring…we’ll see). No matter how many times you see the government-sponsored Trans Mountain pipeline commercial on TV, the economy of Alberta is doing very poorly. Come election day, Albertans will want a change of scenery and the NDP will be replaced. If federal and provincial elections based on the economy (Liberal wipeouts federally in 1984 and in Ontario in 2018) are any example, it will be devastating for the current government.

Alberta’s economy is being propped up by massive government deficits that cannot keep up with the private sector and continued capital exodus. This is reflected in the continued falling value of residential and commercial real estate, numbers that don’t lie. Four years of government employment data confirm the problem. In October of 2014 there were 2.396 million employed Albertans. The number was up by 123,000 or 0.05% to 2.519 million in October of 2018. But employment in resources and construction was 30,000 lower, or 7%. The loss of 7,000 construction jobs comes despite significant public works spending. Meanwhile, education, health care and public administration grew by a whopping 84,000 jobs or 18%. The government is the province’s only source of job growth and this is financed by the largest budget deficits in history.

People will vote with their wallets and send the NDP back to picket lines and pipeline protests. Domestic and international investors will take notice and strike one of the many “what needs to change before reinvesting in Alberta” criteria off the list.

At least in its current form. When the courts killed Trans Mountain it became obvious Prime Minister Sunny Ways and his promises to be everything to everyone will not get projects approved and built. The same First Nations Trudeau assured everyone he supported took the federal government’s Trans Mountain decision to court and won. If the Trans Mountain review underway results in the resumption of construction, that decision will also be challenged. It has become glaringly obvious that at least for pipelines, the only acceptable answer for opponents is no and they will go to whatever lengths necessary to get their way.

Bill C-69 was supposed to fix things but it can’t. The Trudeau government continues to claim the problem lies with the previous Conservative government because the Harper administration kept trying to keep the National Energy Board focused on safety and economic benefits, not saving the world. The Liberal solution was to tell everybody how much they cared and invite more of the potentially aggrieved to participate. Bill C-69 promises more interveners, more environmentalists, greater social impact analysis and, if you can imagine, a review of gender parity. Then the legislation makes the final decision political, not regulatory. This means an understandable and predictable path from conception to construction will never exist.

The Bill C-69 dog won’t hunt, and will either be significantly modified or die in 2019. Ramming it through as it presently reads will result in more backlash from the private sector than the government will risk in an election year.

Justin Trudeau Will Be Clobbered In the Fall Election

Couldn’t happen to a nicer guy. Ordinary Canadians are starting to realize how disconnected Justin Trudeau, his cabinet, senior advisors and its policies are from the wants, needs and aspirations of average Canadians. The Liberals endlessly spout about social justice as ordinary Canadians worry about their jobs, taxes, mortgages and retirement.

Concurrent with December’s United Nations climate change conference in Poland, French voters went ballistic through the Yellow Vest movement protesting the massive growth in government starting with even more carbon taxes on the most essential of commodities, gasoline. While the French are notoriously obstreperous when they are unhappy with their governments, Paris was the home of 2015 climate change conference that gave us Alberta’s Climate Leadership Plan and federal policies that clearly tell the world Canada is no longer a welcome destination for oil and gas investment capital.

Canada remains the only major hydrocarbon producing country in the world intentionally economically self-immolating its largest and most important resource industry; without reducing global or even domestic GHG emissions.

Elections have not been kind to governments that raise taxes then tell people it is for their own good. Back in 1979 the short-lived Joe Clark government fell after the budget introduced an 18 cent a gallon gasoline tax billed as “short term pain for long term gain”. Liberal Leader Stephan Dion was clobbered in 2011 when he campaigned on his “green shift”, billions of dollars in carbon taxes to save the world. Ontario voters wiped out the incumbent Liberal party after 13 years of green energy policies that raised electricity prices by 70%.

My 40-year old crystal ball sees a Liberal minority government and possibly a replacement. So long as the next government isn’t the NDP, this would be another box checked in Canada’s favor for investors. 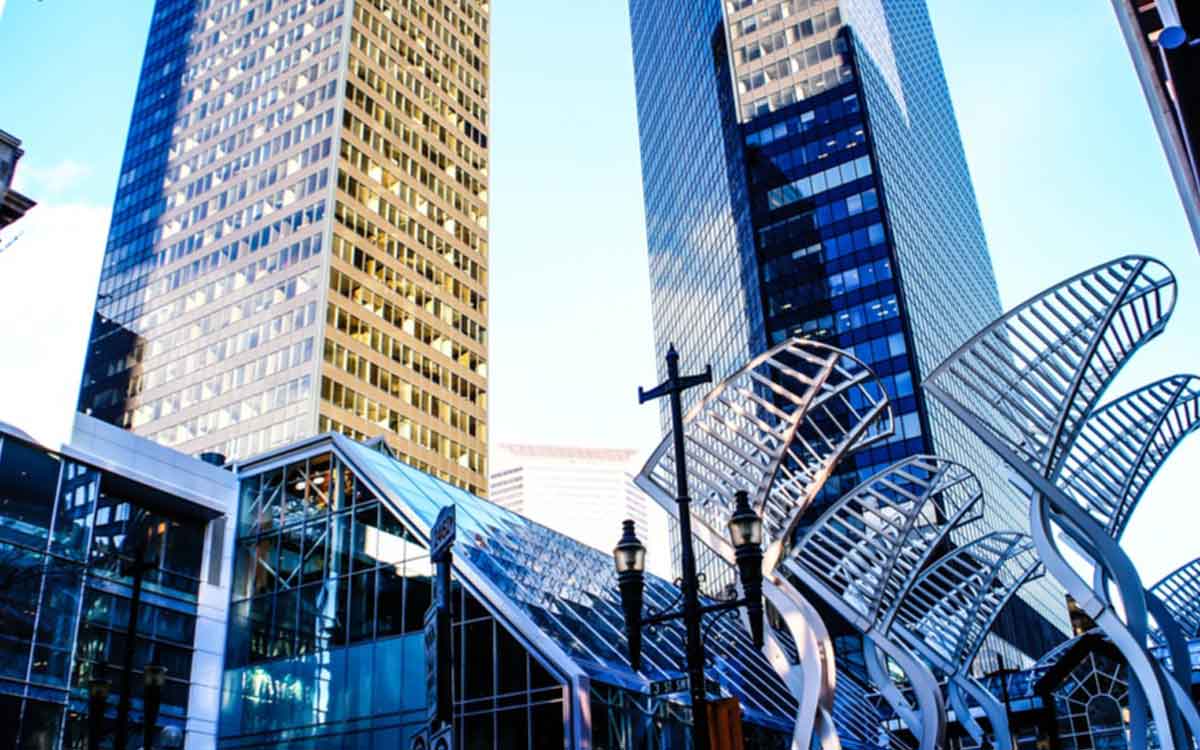