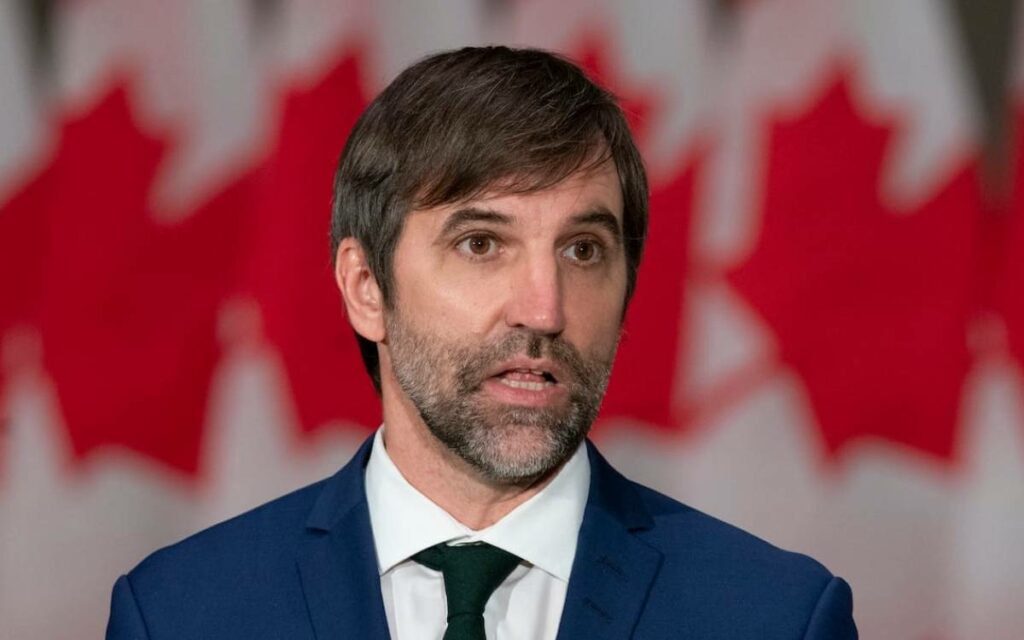 Targets go too far, too fast. Canada’s Minister of Environment and Climate Change Steven Guilbeault (pictured) recently announced a plan that would require the oil and gas industry to reduce emissions by 42 per cent compared to 2019 levels by 2030. Photo credit: The Canadian Press/Adrian Wyld

The federal government’s plan to require a 42 per cent reduction in emissions from Canada’s oil and gas sector by 2030 is based on assumptions that are divorced from reality, and it will ultimately hurt Canadians.

Setting aggressive targets to cap and reduce the sector’s pollution – while no other major producing nation does the same – is misleading about the future and sends the wrong message to our allies and the world.

Canada’s oil and gas producers are already on the path to emissions reduction and can make a difference on a global scale. Importantly, Indigenous communities are increasingly taking the lead on development projects.

Making targets come too fast and run too deep threatens new projects and will inevitably reduce production. This would hurt Canadians and potential customers around the world who need secure, reliable, affordable, sustainable energy.

That risks thousands of jobs across Canada and billions in lost government revenue for major investments like roads, schools and hospitals. All while less responsible and even hostile nations continue to capitalize on big global oil and gas demand for decades ahead.

Bottom line: enacting policies to shut down Canadian oil and gas production will have no impact on global emissions or demand.

Despite all the conversation about a major energy transition being underway, there has yet to be any reduction in the amount of oil and gas people and industries around the world use every day.

Demand for both is firmly back to pre-pandemic levels and rising, according tothe U.S. Energy Information Administration.

Based on the world’s current trajectory, oil demand will increase to 103 million barrels per day in 2050, from 96.6 million barrels per day in 2019. Meanwhile, natural gas demand will increase to 5 trillion cubic meters in 2050, up from 4 trillion cubic meters in 2019, according to the International Energy Agency (IEA).

But Ottawa’s plan for the oil and gas industry is not based on practical reality. It is instead based on the IEA’s net zero scenario, which analysts have called a “fantasy island” vision of the future.

Canadians are concerned about climate change and want to help reduce emissions, but it is critical to understand what Canada alone can achieve. Because at 1.6 per cent of world emissions, Canada is not a significant contributor to the problem. We can do more to help the world by growing production and exports of responsibly produced energy than we can by enacting policies that will shut the sector down.

As Deputy Prime Minister Chrystia Freeland has said, “Even if all Canadians ceased emitting carbon, we wouldn’t move the dial…Yes, we do have to take action on climate change. At the same time, we also need a strong economy, and we understand the reality that fossil fuels are part of the Canadian economy and the world economy.”

Right now countries around the world are scrambling to find oil and gas to replace the supply from Russia that is funding President Vladimir Putin’s war on Ukraine.

More than a decade of Canada being handicapped in its ability to get oil and gas to global markets has contributed to the situation. Now is the time to reverse that course, not restrict Canada’s resources even further.

On the path to emissions reduction

In the oil sands, where most of Canada’s oil comes from, producers are well down the path to emissions reduction. Companies have already achieved success reducing emissions per barrel, or emissions intensity, by 20 per cent since 2009, according to IHS Markit.

The consultancy expects total oil sands emissions – not just emissions per barrel – to start going down within the next five years.

An alliance of companies representing more than 95 per cent of production has set progressively intensifying targets to reduce emissions to the equivalent of zero by 2050. This means that any emissions from production will be balanced by emissions removed from the atmosphere.

Canada’s oil sands producers are doing more to reduce emissions than other major oil producers around the world, according to BMO Capital Markets.

Canada also leads the world in methane emissions reduction from oil and gas.

The governments of both Alberta and Canada now expect oil and gas producers to meet the target of reducing methane emissions by 45 per cent in 2025 compared to levels in 2012.

Reliance on coal helped drive global emissions from energy use to a record 36.3 billion tonnes in 2021, according to the IEA. There were 189 coal-fired power plants under construction and 296 in pre-construction around the world as of this January, according to Global Energy Monitor.

Together, the top six emitting coal plants in the world alone pollute more than Canada’s entire oil and gas production industry, according to research conducted at the University of Colorado Boulder, applied to Canada’s national emissions inventory.

The IEA says that switching from coal to natural gas for electricity generation on average reduces emissions by 50 per cent. Switching to Canadian natural gas specifically in Asia could reduce emissions by up to 62 per cent, according to a June 2020 study published in the Journal for Cleaner Production.

The LNG Canada terminal that is under construction at Kitimat, B.C. is expected to have the lowest emissions intensity of any LNG project operating in the world, the IEA says.

A growing number of Canada’s Indigenous communities are becoming owners of oil and gas projects that can help reduce environmental impacts while lifting their members out of poverty.

“LNG production is extremely important to our communities in northern British Columbia. In other areas, oil production, processing and distribution hold the key to prosperity. Indigenous communities have been working for years to identify projects that our nations could support. We intend to pursue such opportunities as we see fit,” Sankey wrote recently.

“This is an expression of our right to development and self-determination, and undermining our basic autonomy is a violation of our human rights. You would think our people have been through enough.”

Lost opportunity in Canada’s oil and gas industry doesn’t just hurt those who work for oil and gas companies.

For every direct job lost in oil and gas, five additional jobs are lost in other sectors, according to a 2020 report by Statistics Canada.

When the oil and gas industry is making money, governments across Canada benefit too. CEC research found that the oil and gas sector paid federal, provincial, and municipal governments $504.9 billion between 2000 and 2019, an average of $25.2 billion per year.

Canada’s net debt rose above $1 trillion for the first time ever in 2020. Now is not the time to handcuff one of the country’s most important economic engines.

Reducing emissions is important, but as we can clearly see today with the growing energy security crisis from Russia’s invasion of Ukraine, it is not the only factor to ensure society’s comfort and success.

There is more to measuring an industry or country’s performance on environmental, social and governance (ESG) standards than carbon emissions, analysts with CIBC Capital Markets said recently.

“The unfortunate crisis in Ukraine is a stark reminder of this, in the context of energy. Even if a company (or country) produces fossil fuels with a lower carbon footprint, surely this should not completely offset very obvious social transgressions,” CIBC said in a research note to investment clients.

“Russia and Saudi Arabia may well emit less CO2 per produced barrel of oil equivalent than some North American firms, but they also invariably have less robust social and governance oversight. This says nothing of the reality many of their energy entities are de-facto state controlled and often aligned (read: weaponized) with foreign policy objectives.”

Security is the second S in ESG. Canada needs to send the message to the world that our oil and gas industry is the solution to reliable, affordable, responsible energy security.

This article first appeared on the Canadian Energy Centre website on Mar. 29, 2022. Reprinted here with permission. 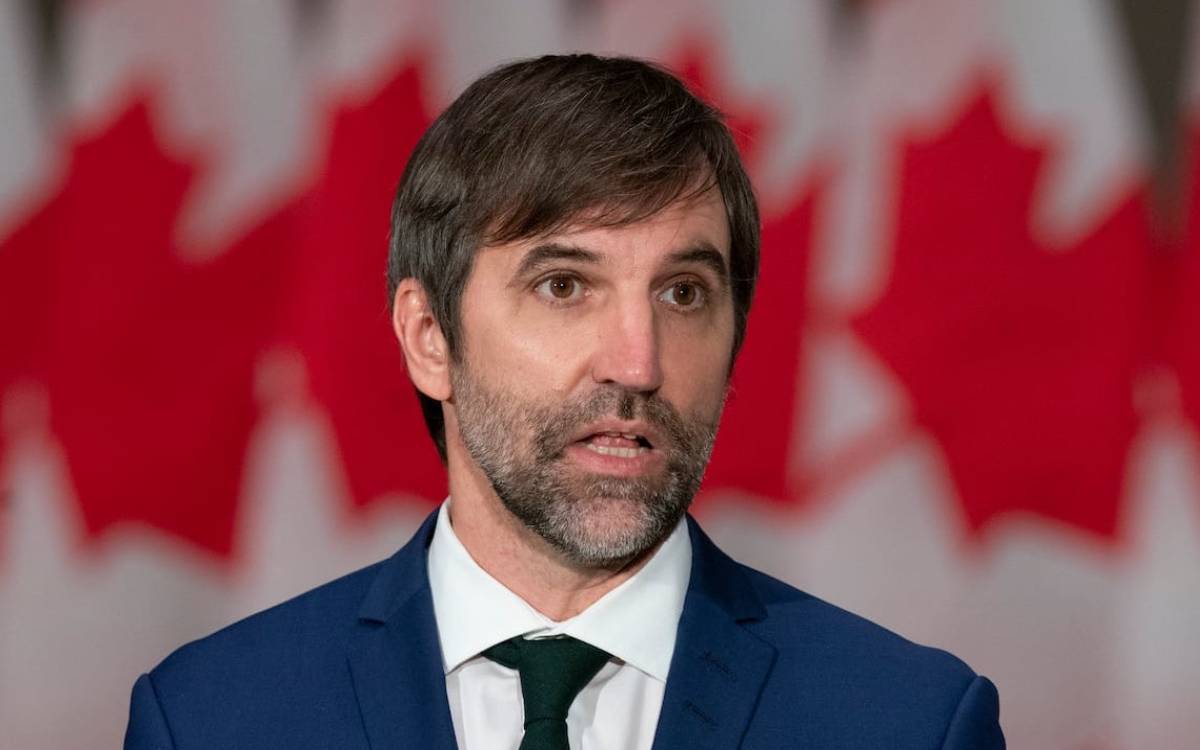