Focusing on the Future: New politics for Canada – after Election 43 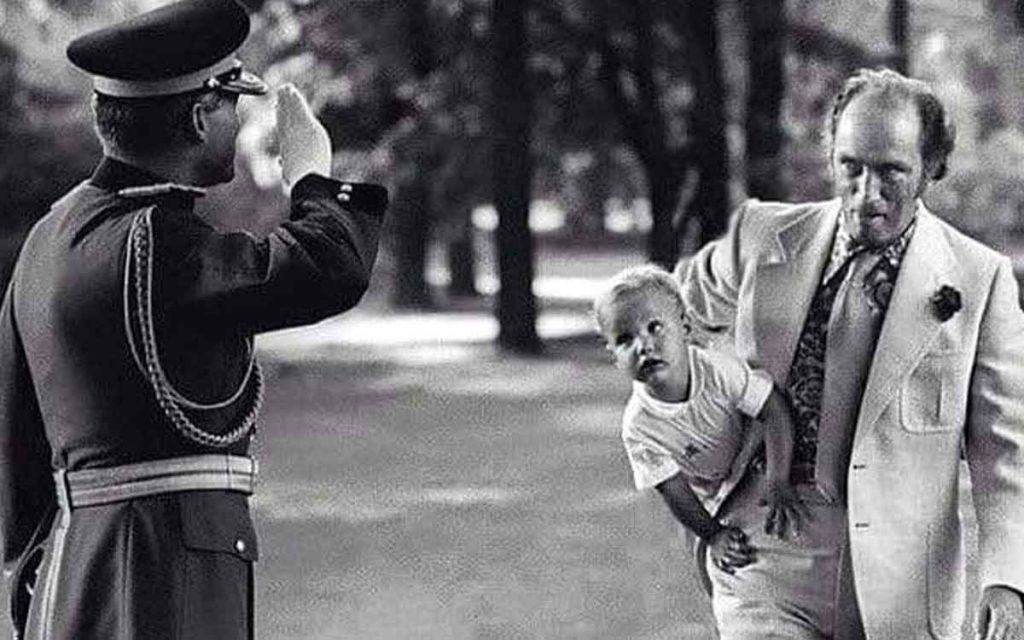 “The intellectual man requires a fine bait; the sots are easily amused. But everybody is drugged with his own frenzy, and the pageant marches at all hours, with music and banner and badge.” Ralph Waldo Emmerson

From his grave in Sleepy Hollow, Ralph Waldo Emerson, the great American essayist, almost seems to be aiming his words at Canada.  Election 43 is one for the history books and many have an opinion about its outcome.

Over the past week, many political observers , pundits and those in media have suggested Canada is in for a rough ride in the coming years.  Western alienation, they say,  is at an all-time high, Quebec nationalism, they say, is on the rise and left of centre politics, they say, will consume the policy agenda in Ottawa.

The results from Election 43 in terms of the numbers, this writer believes, don’t necessarily reflect that reality. Here’s why and how.

Throughout the election, our firm, K&A,  undertook an ambitious outreach to voters in all 338 constituencies across Canada.  We aspired to find trends in opinion about a number of issues where voters were likely to land in terms of support for a political party. Our opinion at the outset of Election 43 suggested that things were going to change politically and we wanted to test our opinion against actual research –  a discussion with the voter, as it were.

Outreach to hundreds of voters in each of the 338 ridings netted  a good cross section from every age cohort (18 to 80 plus) across Canada.  From the tens of thousands, we reached trends emerged.  Respondents told us they wanted a change in government, others wanted more authenticity from their Leaders, while still others told us they were concerned about the state of politics in Canada.  Interestingly though, very few respondents could mention knowing any Cabinet Minister or MP other than the six leaders of the main political parties in Canada.

And that, for this political observer, is possibly the nature of the problem we face in Canada.

Election 2019, the forty third since Confederation has not necessarily created polarization in Canada –it already existed.  The outcome of Election 43, however, has possibly stirred up polarization to a frenzy.

Political campaigns in Canada are about issues and people.  Political parties present their team (the product) and voters (or consumers of the product) select who they want to be stewards of their country.

When looking at the outcome of Election 43, it is clear that there remains an array of support along the political spectrum that far and away does not mean that Canada is heading toward political socialism or that it is moving against conservative thinking.

Pundits have written over the past week that Canadians seem to be moving more to the far left on the political spectrum and away from conservativism.  In reality, the numbers just don’t weigh that out in any great degree.  In fact, more people in Canada voted Conservative this election than in the last election.  Fewer people voted for the New Democrats despite the attestations of its Leader that he was the pageant that won.  Starker is that that the election outcome is not necessarily a repudiation of Justin Trudeau or Andrew Scheer but more a call to action for change.

And here’s what Canadians should do to change.  Let’s stop the discussion on a need for electoral reform.  We need to change the way we campaign in Canada, – not the way we vote!  Throughout Election 43, we heard national media tell voters about how this campaign will elect the country’s Prime Minister.  Here’s a fun fact – we DO NOT elect  our Prime Minister – we appoint our Prime Minister!  This is no subtle nuance.  What is at the heart of our electoral system and barely corrected in mainstream media – is this – the election of local candidates across Canada from a political party in the majority allows that Party to become government and only then is that Party’s leader designated Prime Minister. This not so subtle difference should form the basis for how we campaign in Canada – or at least aspire to change it.

This writer submits that we should dispense with what has become Presidential style Leaders’ Campaigns that seem to be the sole focus of media and focus future campaigns and elections specifically on issues.  Leadership is important yes,  BUT singular media foucs on Party Leaders and their campaigns robs Canadians of the ability to be sensitized to and aware about specific and regional issues and platforms.  Debates can be held nationally by candidates of Party’s not just Party Leaders and those debates could be specific to the regions of Canada and, by extension,  give voice to the local candidates who aspire to be the Member of Parliament.

In our current political system, the local member of parliament – the MP- has no voice.  Every aspect and amount of attention of a Party in our current system accrues to the Leader.  In essence the Party Leader acts unilaterally. In effect, if a MP is not leader, he or she is nothing! That’s our system today and it’s wrong.

Tens of thousands of voters we reached out to could not name their local candidate nor could they name existing MP’s.  They could all name the 6 Party Leaders.   This is a problem – and the media aren’t helping.  It is only the Leaders who get media attention during a campaign.  Local candidates with incredible qualifications  are missing one thing –  a stage.  Barely do they get a mention in any election campaign in Canadian media.  This US style of election campaigns has become mainstream in Canada and it needs to change.

At the same time, if we, as Canadian voters, continue to live and die by a system of electing our government where the only focus for our vote is the leader of political parties – then we have to live and die by how those leaders perform and how credible they are.

Justin Trudeau – love him or hate him – is a brand, and a damn good brand.  He has celebrity, style and national recognition beyond any of the leaders on the leadership stage who were fighting this election.  In stark contrast, Andrew Scheer had come into this election well behind Trudeau in terms of recognition and credibility. Scheer’s polling numbers increased because of the adverse publicity against Trudeau  from earlier in the year.  His MP’s performed well in the House of Commons and their performance reflected in his positive polling numbers in advance of Election 43.

During the election, however, Trudeau is a phony or a fraud claims by Scheer appeared disingenuous and off-putting. Why? Because he lacked the credibility in the voters’ minds to make those kinds of claims.  It was that kind of attention that dropped support for Conservatives  in Ontario.  It was his lack of credibility coupled with his inability to grasp the fact the Ontarians did not necessarily agree with his conservativism – especially in the face of affordability – that led voters right back to Justin Trudeau.

Similarly, Jagmeet Singh proved short on substance, he was a non-factor in Quebec and clearly not attractive to voters in Ontario – his personal performance as leader led many voters away from his Party and also right back to Justin Trudeau.

At the same time, the inability of Green Party Leader Elizabeth May to capitalize on the climate change agenda that everyone thought would be hers to own, proved wanting and drove voters away from her Green Party and right back to Justin Trudeau.

In the end, it was little surprise that Canadians voted the way they did.  They had wanted change in the way Justin Trudeau operated his government and may have spanked him a little as an outcome. But he’s buoyed now that the election is over and a buoyed Justin Trudeau may surprise Canadians.

But the real outcome of this election is that we need to rethink how we campaign in future and a singular focus on the Leader is not going to cut it any longer.  We can do better! 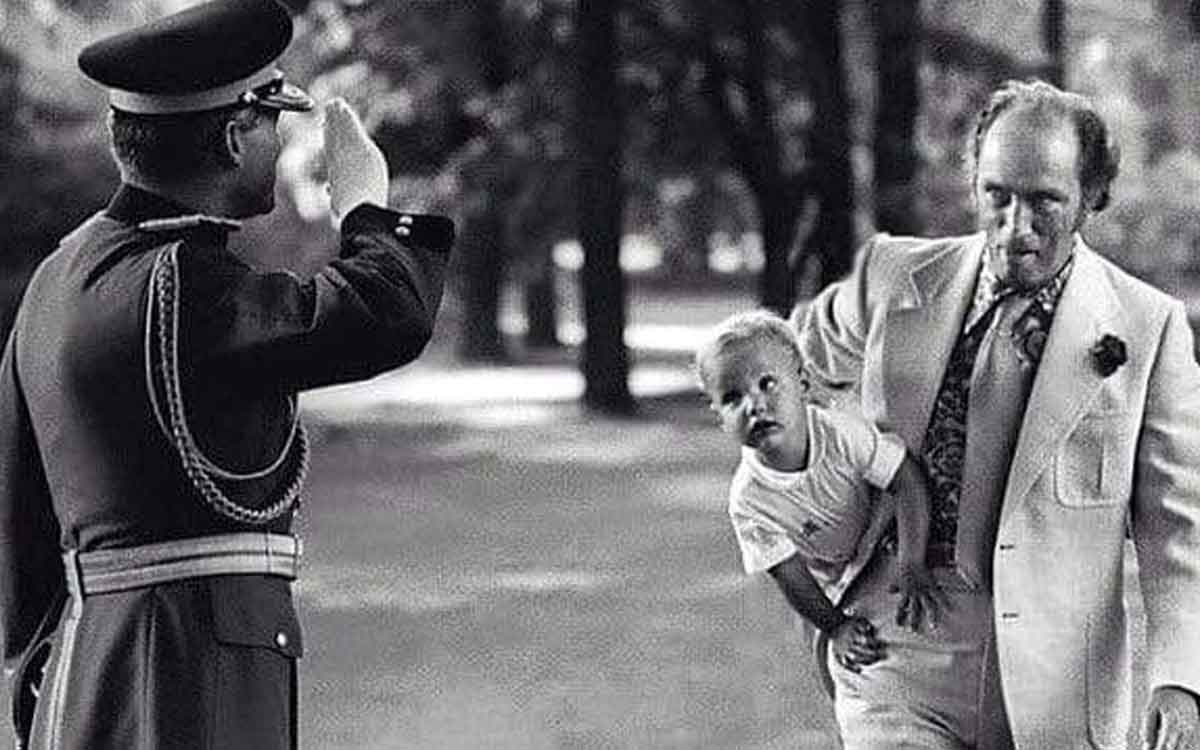