Ford, like Trudeau, bets the farm on a hope and a prayer 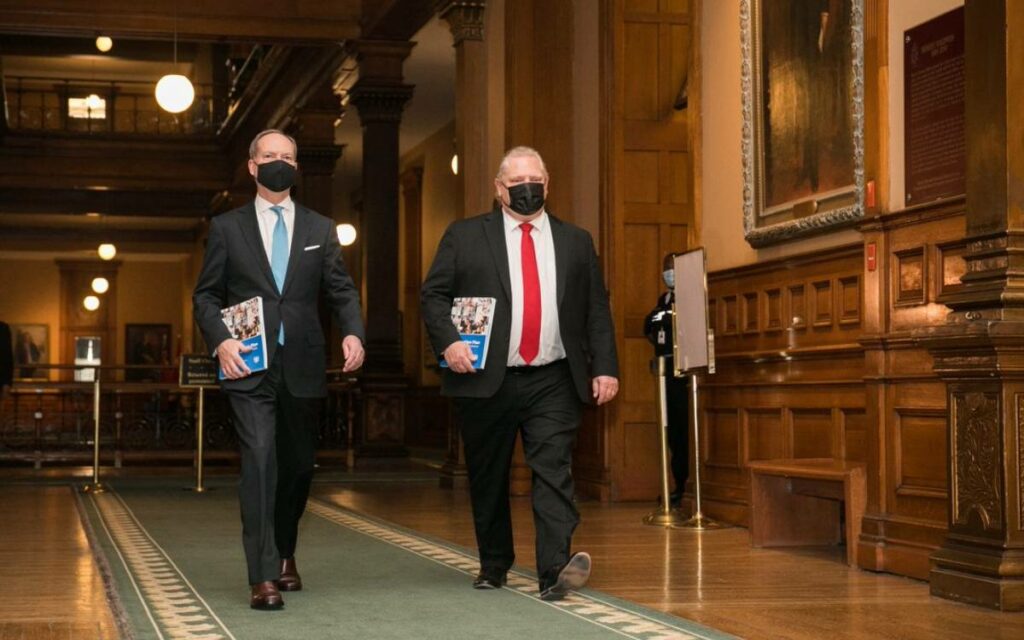 As Ontario’s finance minister rose in the legislature to present the government’s 2021 budget, it became painfully clear that the Ford government is acting like an ostrich with its head firmly buried in the sand.

When the Ford government released its first pandemic budget in November of 2020, then-finance minister Rod Phillips promised that a plan to balance the budget and improve the province’s finances would be presented in the government’s 2021 budget.

We were told that the 2020 budget would focus the pandemic, but that Ontarians could rest assured that the Ford government would tackle Ontario’s run-away spending problem in 2021.

If this budget counts as an attempt to deal with the province’s spending addiction, one can only imagine what a budget that wasn’t trying to improve the province’s finances would look like.

The numbers are sobering.

Ontario’s debt is projected to reach half a trillion dollars within the next two years.

And Ontario now pays over $1 billion per month for interest charges on our current debt. That’s more than the province spends on post-secondary education.

How about a path toward balancing the budget, you might ask? What about that promise?

Well, even under the most optimistic scenario, the Ford government revealed yesterday that there is no plan to balance Ontario’s budget before 2029-30.

The reality is that families and small businesses across the province are making plans for their financial future, even during these uncertain times. Clearly, the Ford government has decided that while families and businesses may need to make financial plans, the government of Ontario does not.

As individuals, if our credit card bills come in the mail, we don’t just leave them on the counter. We open them. Ford seems to have thrown all his mail directly into the recycling bin.

Another thing that was missing from yesterday’s budget was talk of savings. Not once did Ontario’s budget mention any attempt to find savings to try to reduce the budget deficit.

How can it be that the province couldn’t find anywhere to save money? Is everything our government does so perfect that savings can’t be found in any department?

If the pandemic alone explains the Ford government’s extra spending, why is the provincial government still projecting another eight years of budget deficits? Why isn’t the government projecting a much lower level of government expenses in the years ahead?

Clearly, Ontario has a systemic spending problem. Our deficits are not just pandemic related. Ontario has been running budget deficits for 14 years. Ford ran on a platform of fixing the Wynne government’s financial mess, but there is little improvement to be found on any front.