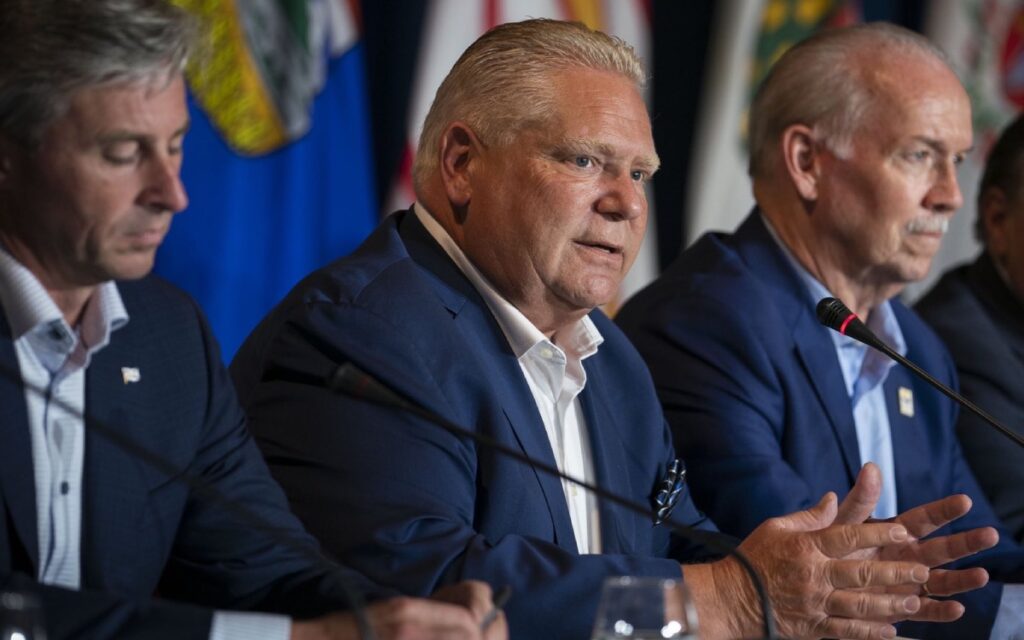 It’s time for Premier Doug Ford to be bold. The cost of living is soaring for Ontario families.

To deliver relief to every Ontarian across the province, Ford should cut the provincial sales tax.

Ford owes Ontarians relief. Four years ago, he promised to cut income taxes for the middle class. Families should be saving up to $800 a year. But Ford hasn’t delivered.

Now that the provincial budget is balanced, Ford has no more excuses.

Inflation is out of control and Ontarians desperately need help making ends meet.

To help counter inflationary pressures on families, Ford should cut the HST.

Sales taxes make the inflation fire worse. Because sales taxes are collected as a percentage of the cost of the goods consumers purchase, higher prices mean more sales tax revenue for the government and an even bigger crunch on taxpayers’ wallets.

Consider this example. If a taxpayer went out and bought a new Honda Civic last year, the price of the car might have been $25,000. New car inflation this year has been roughly 12 per cent. That means a $25,000 Civic last year would cost $28,000 this year.

Consider some other numbers.

If the Ford government decided to cut the provincial portion of the HST from eight per cent to six per cent, the typical Ontario household would save nearly $1,000 a year.

With food prices up $1,000 this year over last, those savings could make the difference between making and breaking the family budget.

The Ford government can more than afford to cut the HST. In the government’s 2021 budget, then-finance minister Rod Phillips projected the province would bring in roughly $26.5 billion from the provincial sales tax. Instead, thanks in large part to inflation, the government brought in $30.4 billon.

That’s an extra $3.9 billion out of taxpayers’ wallets and into government coffers.

Cutting the provincial share of the HST from eight per cent to six per cent would leave roughly $7.6 billion in taxpayers’ wallets. The government already brought in $3.9 billion more than it expected from the sales tax last year, so savings of roughly $3.7 billion would have to be found.

If Ford stopped handing out corporate welfare like candy, that gap could be closed quite easily. This summer, Ford handed over $500 million to Stellantis, a Fortune 500 company, to build electric car batteries.

Ford could also cut government spending by just two per cent across the board to make up the difference.

Finally, the HST hurts the most vulnerable the hardest. Sales tax relief would help those with the tightest budgets make ends meet. And present HST rebates simply aren’t cutting it.

Thanks to soaring government revenue, the Ford government managed to balance the books last year and run a surplus of $2.1 billion. With the province back in the black, now is the time for Ford to be bold and deliver relief.

Cutting the sales tax is both realistic and affordable.

The government should slash the HST and it should do it today.

Jay Goldberg is the Ontario Director and Interim Atlantic Director at the Canadian Taxpayers Federation. This article first appeared in the Toronto Sun on Oct. 31, 2022. Reprinted here with permission.