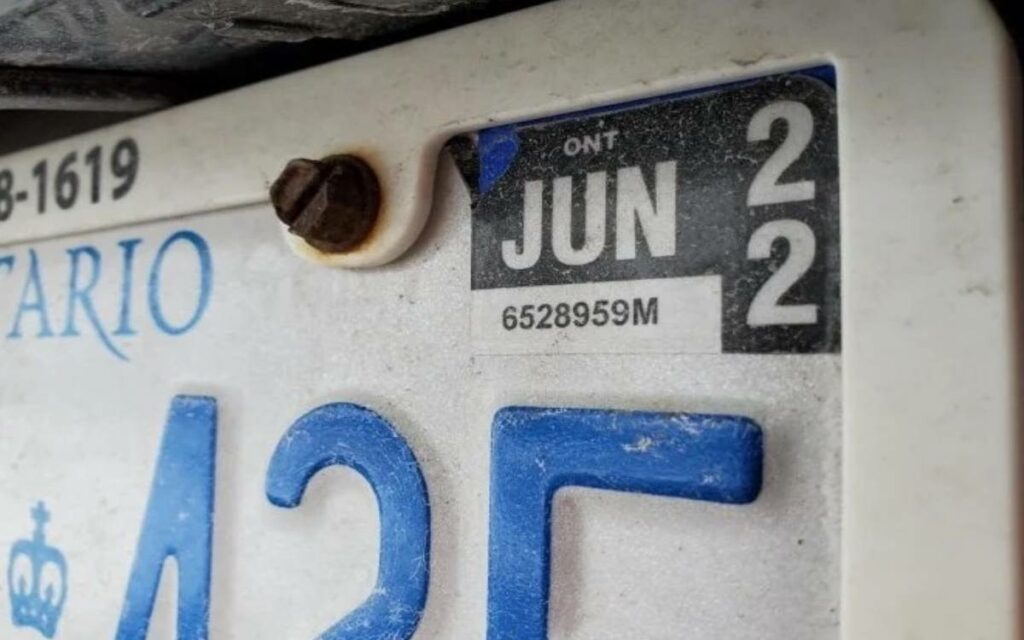 On Tuesday, the provincial government announced that effective Mar. 13, 2022, Ontario would be eliminating licence plate renewal fees and the requirement to have a licence plate sticker for passenger vehicles, light-duty trucks, motorcycles, and mopeds.

Premier Doug Ford said elimination of the fees “is a concrete way we can put and keep more money in the pockets of hard-working Ontarians.”

The change will affect some eight million vehicle owners in the province.

While highly critical of some of the Ford government’s financial policies and inaction on certain campaign promises over the last few years, the Canadian Taxpayers Federation (CTF) came out in full support of the move earlier this week.

“Ontarians desperately need relief from the soaring cost of living and today the Ford government announced some relief by ending fees for licence plate stickers,” said Ontario CTF director Jay Goldberg. “This is a great first step and Ontario taxpayers are looking forward to additional relief when Finance Minister Peter Bethlenfalvy introduces his budget next month.”

The final budget before the June 2022 provincial election, many are expecting March’s budget to contain a number of taxpayer-friendly initiatives, including fulfilling pandemic-delayed promises made back in 2018.

On Monday, in addition to eliminating fees moving forward, the province promised to refund eligible vehicle owners for any licence plate renewal fees paid since March 2020. Cheques will be sent via mail starting at the end of March and will proceed throughout the month of April.

Renewal fees will also be eliminated for passenger, light duty commercial vehicles, motorcycles and mopeds that are owned by a company or business. However, no refunds will be given for the period of March 2020 to March 2022.

Vehicle owners will still be required to renew their licence plate every one or two years at no cost to confirm their automobile insurance is valid.

Eliminating renewal fees will save vehicle owners $120 a year in southern Ontario.

Last month, the annual inflation rate rose to 5.1 per cent, the first time its topped five per cent in 30 years, with many Canadians really starting to the feel the pinch of ever-increasing prices at the pump, the grocery store, and everywhere else.

Gasoline prices were up 31.7 per cent last month compared with January 2021.