Ford’s use of notwithstanding clause hardly an affront to democracy 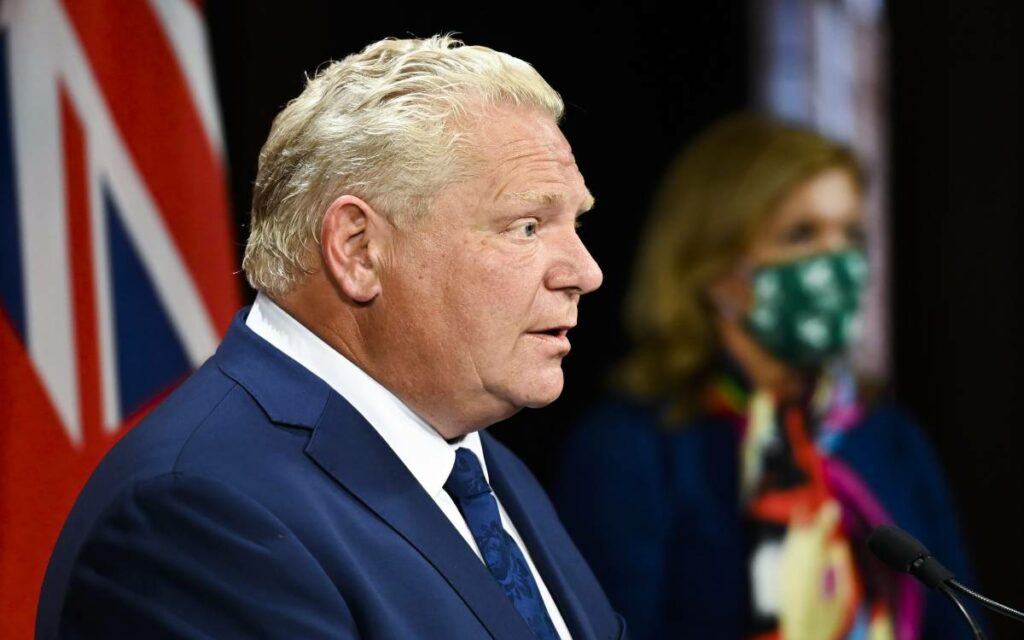 Responding to a court decision which overturned the Ford government’s changes to election advertising rules for third parties, the Ontario PC government has said it will impose the notwithstanding clause of Canada’s Charter of Rights and Freedoms to follow through with its plans. The legislation that was struck down in Ontario’s Superior Court extended the period from six months to 12 months prior to an election in which the election-related spending of so-called “third parties” was limited.

Earlier legislation passed under the previous Liberal government in 2017 banned direct donations to political parties by corporations and unions, but permitted these groups to donate to third parties, which are typically not-for-profit entities set up with the express purpose of engaging in partisan advertising and other similar activities during an election period. The cap for spending by a third party was set in the 2017 legislative changes at $600,000 during the six-month pre-election timeframe. Spending at other times by third parties had no limits. The maximum amount for political contributions by individuals was also reduced at that time.

The Wynne government made these changes in response to the public outcry following the discovery that the Liberals regularly engaged in the highly questionable “cash for access” fundraisers at which corporate elites, unions, lobbyists, and others paid as much as $10,000 a head for access to senior Liberal ministers.

The Superior Court judge that decided six months prior to an election was an acceptable period in which to limit third party spending, but 12 months was not, claimed that the longer period was an infringement on free speech. It is unclear why six months is acceptable, but 12 months is not. For instance, would eight months be acceptable? How about 10 months?

Six months seems quite subjective. As well, it is common knowledge in political circles that a year before an election is when all political parties move into pre-election mode, giving some credence to a limitation on partisan advertising during this 12-month period.

It is no accident that the key parties that brought forward the court challenge were teachers’ unions and the union front group Working Families. Since the 1990s, unions in Ontario have consistently been the biggest spenders on partisan advertising during election periods by a long shot. Although union-financed third parties exist in other provinces, they are nowhere near as numerous or as active as they are in Ontario, where union spending typically represents about 80 per cent of all third-party spending and greatly exceeds spending by the political parties themselves.

Some of the biggest spenders are public sector unions, who will always advocate for more and more public spending against the interests of the vast majority of citizens who are not employed by government, but who foot the bill. Considering the horrendous debt levels of governments post-pandemic and the increased need for spending control, the demands of public sector unions can be expected to become even more strident and shrill in the days ahead. The ads sponsored by public sector unions are also often very misleading. For example, recent ads by teachers’ unions consistently claim education spending has been cut, when the truth is exactly the reverse.

The notwithstanding clause has been used in Canada 15 times to date by various provinces, and mostly by Quebec. If the Ford government does go ahead and use the clause, it will be in effect for the next five years. Although it is a rarely used tool, the outrage over the Ford government’s decision to use the clause is a little over-the-top. As the outrage is largely coming from unions and other leftists, and has not accompanied the use of the clause by other provinces over the years, it is more likely to be a reaction to the fact that a conservative government is using the clause than the nature of the issue itself.

The explosive growth of third parties in recent years in Ontario has taken place primarily to circumvent the spending constraints imposed directly on unions and corporations. Accordingly, perhaps the best solution would be to completely ban political advertising by third parties and let voters make up their own minds in elections, unimpeded by self-interested unions and other groups.