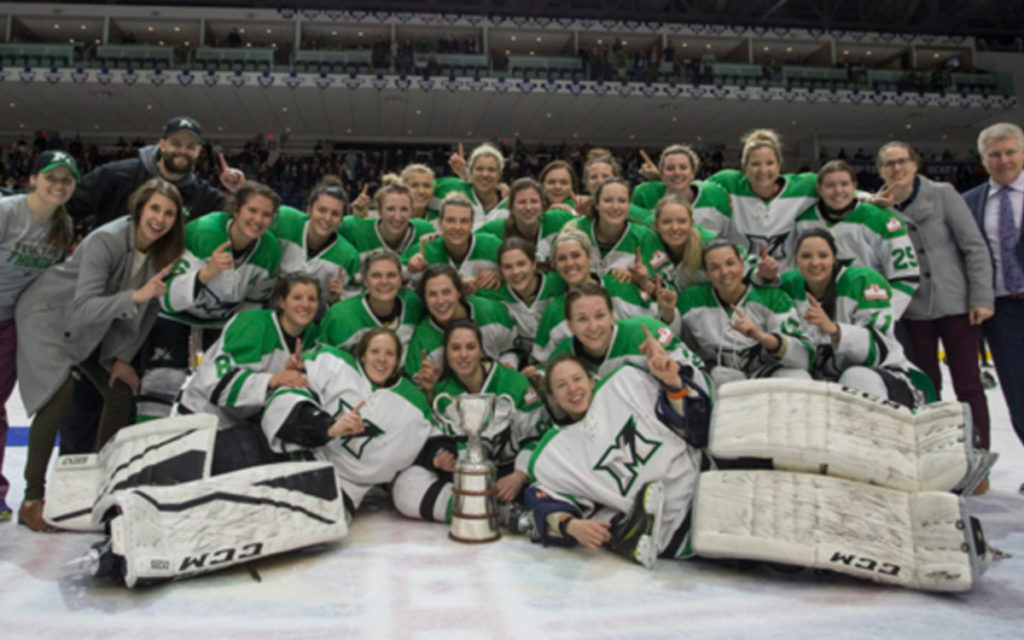 The Niagara region has produced some amazing professional hockey stories this year.

“It was unbelievable that I got drafted because I didn’t think as a 21-year-old that I would be starting my professional career,” said Delay when talking about starting her pro hockey career.

Even though she was drafted to the CWHL Delay still had to earn her spot on the team.

“I had to try out for my spot, at tryouts I was just doing my thing and like, it was easy to practice with them and then we played a couple games and I felt like I fit in.”

In her first season Delay appeared in 21 games for the Thunder recording one assist, the Thunder would go on to defeat the Kunlun Red Star 2-1 in the Clarkson Cup Championship game.

“As the season went on it got more serious closer to playoffs and when the Olympians came back I was spectating from the stands but it was just amazing to see that I was playing with Olympians, like that I was able to play at that level.”

“I was playing with the players that I look up to, and even after winning like everything is still so surreal.”

Like every professional sports champion Delay was able to spend some time in the off-season with the trophy, and she spent her week with the trophy touring her hometown.

“At first it was weird carrying this giant trunk around with a giant trophy, I went around my hometown and basically visited everyone that got me to where I was,” said Delay.

Every Mother’s Day weekend the town of Fort Erie hosts a big 3-on-3 hockey tournament and Delay brought the Clarkson Cup to the Fort Erie Leisureplex for young hockey players to see.

“I brought it home for the big 3-on-3 tournament and everyone was giving me so much praise which was just amazing.”

Now with the off-season in full effect Delay will have to start preparations for her second pro season and she already knows what she needs to do.

“Train hard, all summer, definitely have to get going on that and even study, watch film on the Olympians just to learn from them.”

With one year already under her belt, Delay should be able to make a bigger impact on her team next season.

After winning a professional championship she has already put herself on the map when it comes to Fort Erie hockey, and she looks to be on her way to a successful career.