Foster, Greenwood among most excessive in filing expenses at Niagara Region 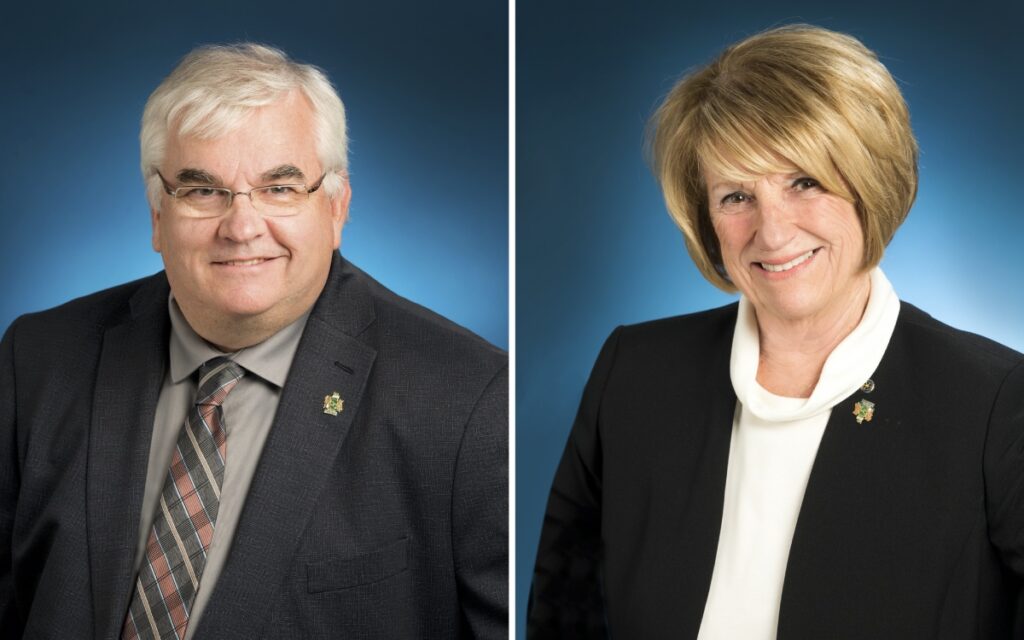 Lincoln’s Robert Foster (left) and Niagara Falls’ Barbara Greenwood (right) were among a small, select group of regional councillors in the ‘over-$8,000’ club this past term of government. Photo credit: Niagara Region

Over the last term of Regional Council, January 2019 to October 2022, the council predominantly met by videoconference due initially to pandemic restrictions and following that, by choice.

The part-time councillors already take home $39,000 as a base pay and thousands more in benefits.  They have generous expense filing capacity. When the Region did its annual release of expenses filed by councillors in 2021, the last complete year for which the corporation has released the information to the public, one would expect to see small takes by councillors due to the ‘home based’ nature of conducting council.

But a look back at the whole term shows some interesting results.  Here they are broken down by the big three cities, the smaller municipality councillors, and by mayors.

All told, Greenwood filed for $8,765.75 for mileage, conference attendance, and meals. This was double what the other three combined over the three years filed for, which was $4,391.62. This was particularly aided and abetted by Peter Nicholson who filed for $0 expenses during his entire term of office.

In St. Catharines, long-time councillor Brian Heit led the way to the proverbial trough. Heit, despite largely working from home for most of the last three years, racked up $6,114.11 in expenses.

Regional Councillor Leanna Villella was the most frugal of the Welland councillors, filing for just $192.91 total for her three years for which records are available. Mayor Frank Campion led the way over the three years filing for $10,210 – $7,500 of which was for attending conferences on behalf of Welland and the Region. He was followed by Pat Chiocchio at $4,290.84.

Some other councillors from outside the big three cities filed expenses that would make even Greenwood blush. Robert Foster from West Lincoln led this greedy group asking taxpayers for an extra $10,636, followed by Wayne Fertich at a healthy $9,797.32. Lincoln’s Albert Witteveen also filed $9,497.72 in expenses and Pelham’s Diana Huson filed $7,646.

It must be noted that the mayors of Niagara’s 12 municipalities, who also serve at the Region as councillors, can and do file expenses within their own cities.

The most frugal of the group of 12 mayors was a triumvirate led by Pelham’s Marvin Junkin at a grand total of $63.57 combined over the three years, followed closely by Thorold Mayor Terry Ugulini and Fort Erie Mayor Wayne Redekop at $72.28.