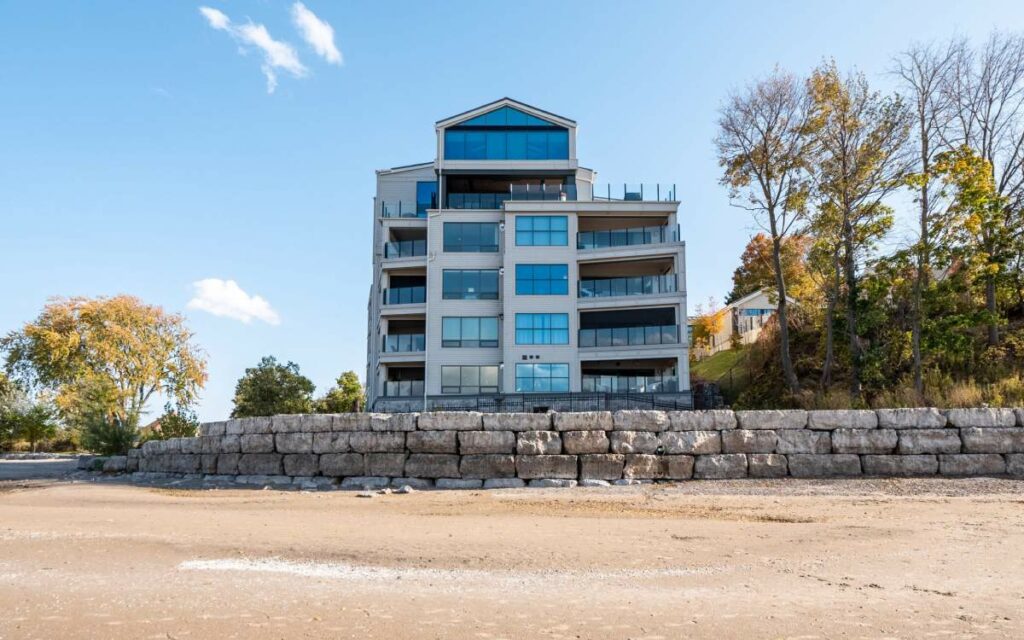 Earlier this month, the Canadian Home Builders’ Association (CHBA) released its list of finalists for the 2023 National Awards for Housing Excellence.

According to a media release from the CHBA, this year’s competition featured nearly 800 entries from across the country in 48 different categories designed to encompass the variety of homes built and renovated in Canada, with representation from all sizes, specialities, and price points, for both rental and ownership.

“This program isn’t just about luxury homes, though there are stunning projects among these finalists – it’s about capturing the full spectrum of homes and communities that Canadians live in, and all of the planning, creativity, and skill that goes into them,” said CHBA CEO Kevin Lee.

Four home builders from Niagara made the finalists list.

DeSantis Homes picked up three nominations, all for its celebrated “Century Condos” project in downtown Grimsby – which won the 2022 Ontario Home Builders’ Association (OHBA) Project of the Year Award.

Welland-based Lucchetta Homes picked up a nomination for Best Detached Production Home Under 1,800 square feet for “The Newburg at Riverside at Hunters Pointe”.

Mountainview Building Group, headquartered in Thorold, earned two nominations under the Best New Home Spaces category. The local builder is nominated for Best Bathroom and Best Bedroom/Suite, both for its “The Beaches, Penthouse Suite” project.

Rinaldi was the only builder from Niagara to secure a win in last year’s competition, winning in the Detached Production Home 1,800 to 2,100 square feet category.

“Some of the country’s best home builders are located right here in Niagara, and this year’s list of finalists for the CHBA excellence awards is only further proof of that fact,” said Chuck McShane, CEO of the Niagara Home Builders’ Association.

“No less than four of our organization’s members were nominated across a wide variety of categories this year, demonstrating the impressive breadth of Niagara’s homegrown industry talent. Regardless of price point or project scope, our local home builders are second-to-none.”

In all, 48 awards for excellence in housing will be presented at this year’s ceremony. Categories include: