Free speech can’t be filtered through a bureaucratic superstructure 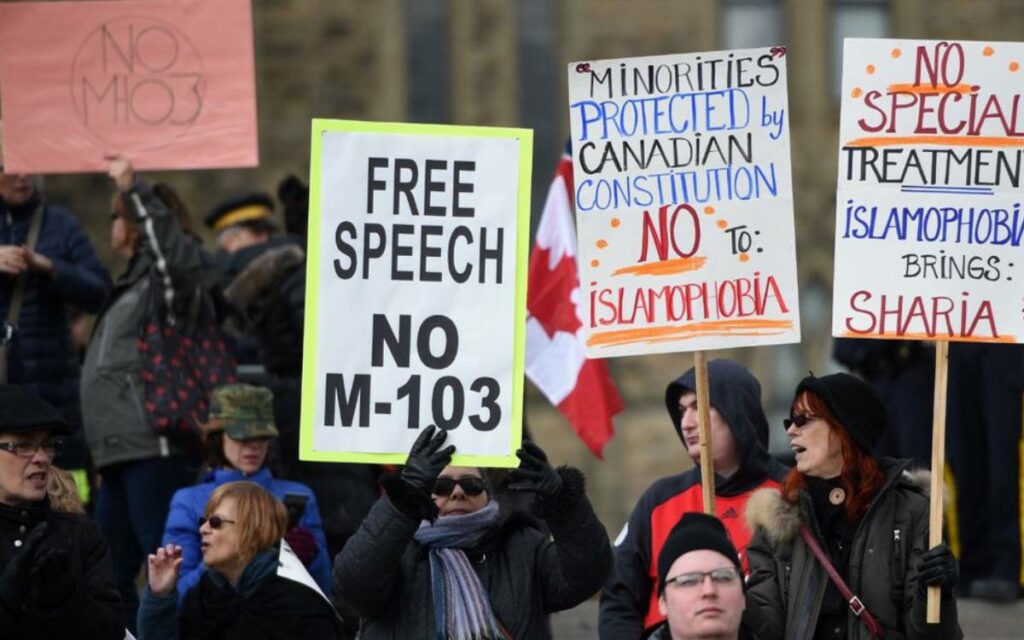 Free speech ensures that Canadians have the right to tell governments when they’re wrong. While this may be unpleasant for governments, it is absolutely vital in a democratic society.

Rather than strengthening Canadians’ rights, the Trudeau government wants to filter free speech through the lens of a bureaucratic superstructure.

There can be no doubt that there are bad things on the internet. Child pornography, hate speech, and other such crimes are detestable. But these crimes are already labelled as such through the criminal code with lengthy prison sentences for those who are convicted.

If the federal government wants to review these laws, that’s a discussion worth having. However, it is an entirely separate issue.

Experts say that the Trudeau government’s new proposed law would fundamentally weaken free speech in Canada and would require a costly bureaucratic superstructure to enforce all of the government’s new rules.

As University of Ottawa Law Professor Michael Geist put it, the government seems to treat “freedom of speech as a danger to be constrained” rather than a right to be defended.

The planned legislation would create four new government bodies, which would become the foundation of a costly new bureaucratic superstructure.

The new bodies include a Digital Safety Commission, led by a commissioner appointed by the federal cabinet, and an Advisory Board composed of seven members chosen by the Minister of Heritage.

The commissioner and Advisory Board would be tasked with identifying content that should not be kept online and would refer that content to a new tribunal.

Does anyone really believe a commissioner appointed by cabinet and an Advisory Board appointed by the Minister of Heritage would be completely impartial in identifying what should be removed online?

If these new bodies were created today, all eight bureaucrats would be appointed by the Trudeau cabinet. Does that sound fair, balanced, and neutral?

Some of the powers that would be handed to the new tribunal are reminiscent of the Ministry of Truth in George Orwell’s 1984.

These platforms would have to address any complaints within 24 hours. Failing to remove content could lead to an indictable offense and fines of up to $25 million.

These undemocratic proposals seem eerily similar to those supported by authoritarian regimes.

Canadians shouldn’t have to rely on a hope and a prayer that a superstructure of bureaucrats installed by a partisan government will safeguard our right to criticize that very same government.

To put the cherry on top of this disastrous cake, the Trudeau government’s new bureaucratic superstructure would cost taxpayers millions of dollars a year.

Online communications services would face regulatory charges to do business in Canada, which no doubt will be passed onto consumers.

The government’s new proposals amount to a dangerous shift toward state censorship. Canadians, not a costly bureaucratic superstructure, should be able to determine exactly how and why they want to criticize the government online.

With an election just weeks away, now is the perfect time to have a vigorous national debate about government censorship.