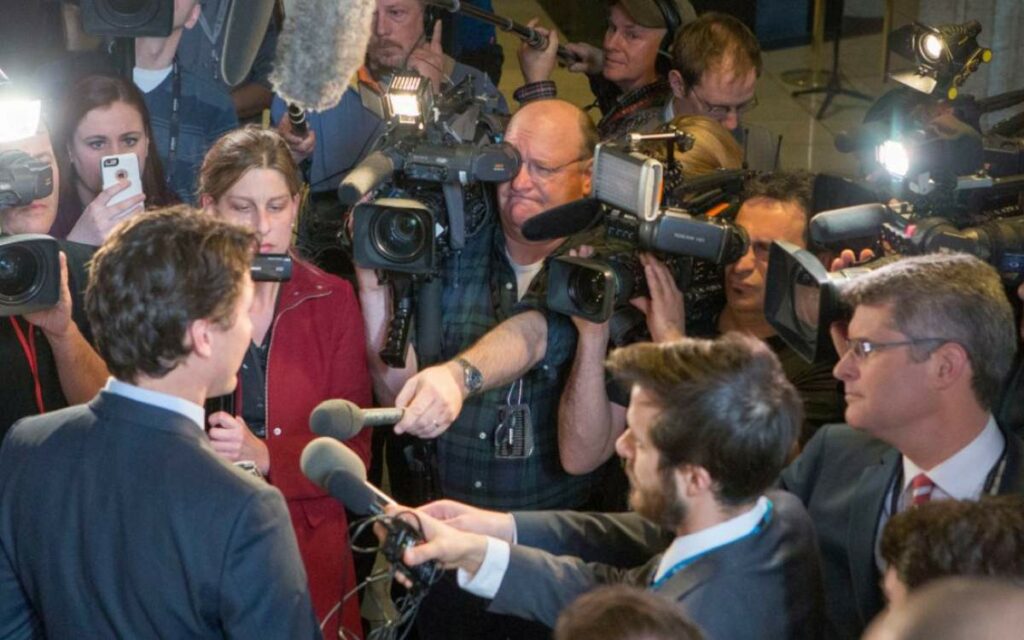 Journalists shouldn’t worry about losing their paycheques when they report on the government.

That worry is the consequence of government funding the media, creating a dependence that can ultimately throttle criticism.

The Trudeau government has poured $595 million into its media bail-out program, which funds media organizations using a cluster of tax credits and subsidies.

That’s in addition to the billion-dollar subsidy for the CBC.

As columnist Andrew Coyne wrote: “Taking money from the people we cover will place us in a permanent and inescapable conflict of interest; that it will produce newspapers concerned less with appealing to readers than to grantsmen.”

How does the government dole out this money?

A handpicked panel decides what is a “Qualified Canadian Journalism Organization.”

These folks have worked in legacy media and in academia for years and none of them is from new media or independent newsrooms.

“My concern with this growing dependence on government largesse is not just that we will create a media class financially entwined with the Liberals’ continued electoral success, but rather that it will calcify the media in its current state of decline and mediocrity,” wrote Jen Gerson, co-founder of The Line, an independent journalism site.

Analysis by the independent news outlet CANADALAND, which broke the We scandal story, shows “newsroom employees — those spending at least three quarters of their time contributing to the production of ‘original written news content’ — get 25 per cent of their salaries covered by the government, up to a maximum of $13,750 per person.”

That government money could be the deciding factor in keeping a newsroom position or not.

Imagine being such a reporter covering such a government:

Government Party A puts $13,000 towards your job every year, while Opposition Party B wants to cancel that government funding.

How does one cover these two parties?

This is like a referee betting on one team but swearing they can call the game cleanly.

Now some mainstream media newsrooms want more from the government.

The independent journalism outlet, Blacklock’s Reporter, which broke the story about the CMHC studying a home equity tax, reports that Global News is pleading its case in Ottawa, telling a Senate committee, “we can no longer do this alone” and the company was “on the brink.”

In an online update, Corus Entertainment, parent company of Global, reported: “Our portfolio of businesses is producing growth on all fronts, delivering strong consolidated revenue gains for the fifth consecutive quarter.”

Why are legacy media companies turning to the government?

Media outlets should earn money through advertising, subscriptions, pledge drives and voluntary donations from people who choose to support them.

I’ve worked as a journalist for most of my life. I was a Press Gallery member on Parliament Hill for many years. It’s important for scribes to say no to taking money from the government.

A March 2021 poll shows that 49 per cent of Canadians think journalists are “purposely trying to mislead” people.

If half of Canadians doubt reporters are telling the truth, that’s a serious accountability problem and journalists must look in the mirror to rebuild trust.

That starts with not getting paid by the government.

One of my old bureau chiefs once said the job of a journalist was to “comfort the afflicted and afflict the comfortable,” and to “speak truth to power.”

To do this, journalists must not be paid by those in power.

Kris Sims is the Alberta Director of the Canadian Taxpayers Federation (CTF), and a former member of the Parliamentary Press Gallery. This article first appeared on the CTF website on Nov. 29, 2022. Reprinted here with permission.