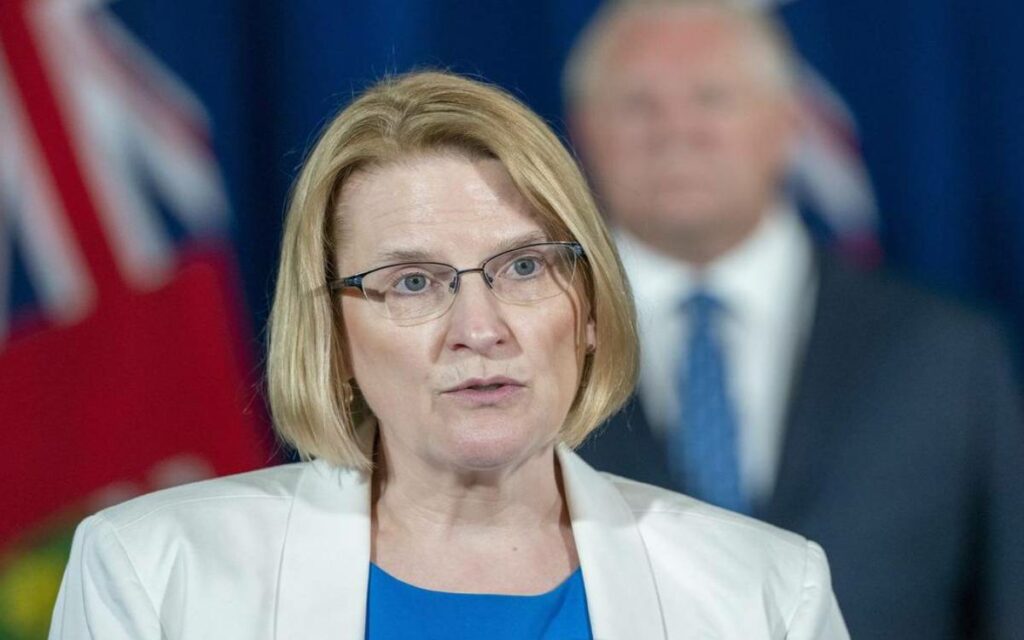 Certain provisions of the provincial government’s Bill 100, for example, are cause for concern. Pictured is Ontario Solicitor General Sylvia Jones, who introduced the legislation last month. Photo credit: The Canadian Press/Frank Gunn

A number of issues have arisen in recent weeks that have the potential to impact the basic freedoms of Canadians. In Ontario, some civil liberties groups have raised the alarm over Bill 100, entitled the “Keeping Ontario Open for Business Act”, which was passed in the provincial legislature on April 14. The Bill increases the government’s powers to prevent or shut down protests which are blocking provincial infrastructure.

The Canadian Civil Liberties Association, among others, have said that the legislation is far too broad in its provisions, permits too much discretion for law enforcement personnel and is another means for government to deter peaceful protests and limit the freedoms of Canadians. The law was clearly introduced and quickly passed as a reaction to the trucker convoy protests in Ottawa and at the Ambassador Bridge US border crossing, despite the fact that legislation existing prior to Bill 100 seemed to be perfectly adequate as the border protests were effectively and rapidly dealt with once law enforcement chose to do so.

As a result, many legal experts have convincingly argued that the existing law was perfectly sufficient to address any protests that were blocking important infrastructure, and that Bill 100 is superfluous and has much more to do with political virtue signalling than any necessary legal changes. The rapidity with which the legislation was written and passed just before an election suggests that the government believed it would be positively viewed by a majority of Ontarians in the run-up to the June 2 provincial election.

Of particular concern in Bill 100 are the provisions that increase the discretionary powers of police. The Bill allows for just under $100 million to be devoted to Ontario Provincial Police (OPP) training and the purchase of additional tow trucks to remove vehicles. Bill 100 permits a great deal of latitude for the subjective judgement of a single police officer to suspend drivers’ licenses and vehicle permits and seize license plates. Critics of Bill 100 see no reason why these additional powers are needed, and there is much evidence to support their position.

In contrast to the recent Ontario experience, there was actually some good news from Quebec on the free speech front. In the wake of a Supreme Court decision which overturned a ruling by the province’s human rights tribunal that found a Quebec comedian had discriminated against someone by comments during a comedy routine, the human rights commission is now reviewing how it treats discrimination cases in general. The commission has decided to drop a number of pending cases involving discriminatory comments as a result, in a victory for free speech. It should be noted, however, that the Supreme Court decision in favour of free speech in this instance was a slim one, with five justices in favour of overturning the human rights commission’s ruling and four supporting it. As a result, many free speech advocates did not take a lot of comfort in the outcome.

Most of the threats to Canadian freedoms continue to come from the federal Liberal government. The massive overreach of the Trudeau government in their imposition of the Emergencies Act as a response to the truckers’ convoy protest, the seizing of bank accounts and other draconian measures that have been undertaken are an ongoing concern. The Trudeau government has also reintroduced legislation in the form of Bill C-11 and C-18 that involve censorship of internet content, interfering with the free choice of Canadians to watch the internet content they choose and giving inordinate powers to government agencies such as the CRTC to control what Canadians can access online.

Canada already has well-established laws against true hate speech and other unacceptable forms of expression, and there is no need for further restrictions on free speech except to enable governments to regulate commentary they don’t agree with. That is what dictatorships do, and such laws have no place in a supposedly democratic country like Canada. These pieces of legislation should alarm all Canadians who value their freedom of expression – as everyone should – and they are very likely to pass into law as a result of the Liberal-NDP agreement to effectively give the Liberals a de facto majority government until 2025.

The world is in a great deal of turmoil at present because of the ongoing pandemic, difficult economic circumstances such as runaway inflation and international crises with the Russian invasion of Ukraine.  But we must not permit the current challenging times to enable governments to use these events as a smokescreen to erode vital freedoms that will be very difficult to regain once they are gone.