Friday Night Lights is back in Niagara 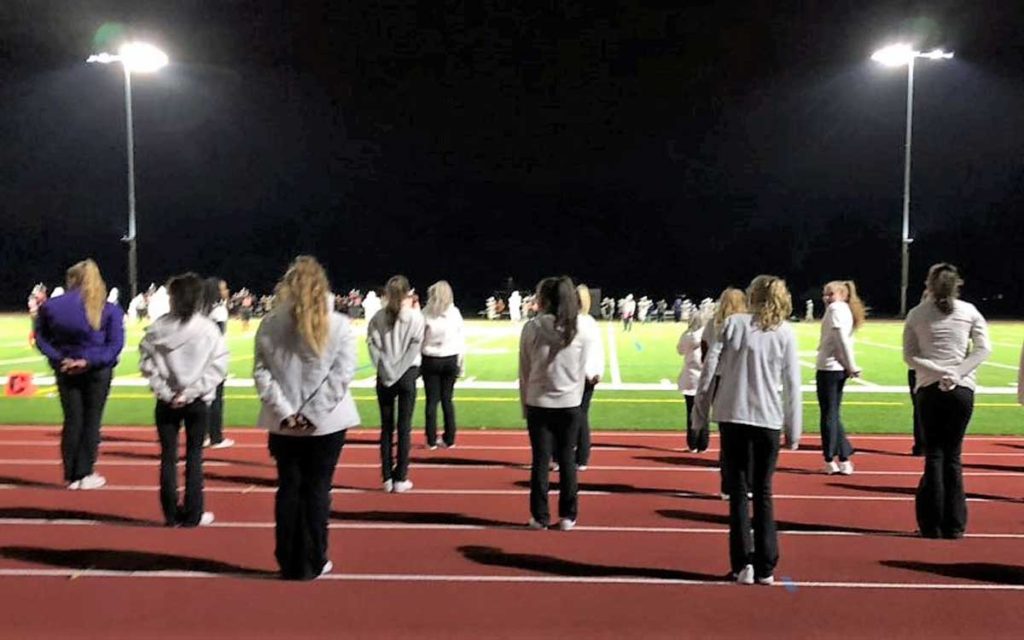 It was eight degrees but felt like four.  The grandstand was jammed; the cheerleaders were dressed for warmth but braved the elements to cheer on their home team.  The home team delivered, ultimately winning handily over an overmatched Grimsby team.

In the first half, Myer’s starters, led by quarterback Ryan James and his very tall, fast and effective receivers Dallas Bone and Winfield Organ, routinely marched down the field finalizing drives with long touchdown passes.  The Myer offence features five players in motion all the time causing confusion for Grimsby’s defence.  Grimsby did show some strong defence, especially two goal-line stands led by the hard-hitting Mitch Sokol.  But in the end, Myer was just too much.

Myer’s running backs Jeremiah Nyambiya and Jordan Gilbert ran effectively throughout the night.  They were led by a strong offensive line which created holes for them to zip through.

Myer’s defense was just as daunting.  Their cornerbacks picked off three Grimsby passes in the first half alone.  Grimsby quarterback Justin Dawe was often under a heavy Myer defensive-line rush when trying to pass.  While he did make several completions, many to the tiny but fast Mike Killins, it was the longer passes that tended to fall into the hands of those wearing purple and white jerseys.  One of the interceptions was returned for a touchdown by Lathan Berry.

At halftime, the large crowd broke into song led by the Myer band.  A peppy version of ‘Sweet Caroline’ was a fun non-football highlight of the night.  In fact, braving the elements, sitting amongst a large crowd huddling together and sipping on hot chocolate, watching good high school football, listening to a marching band throughout, is an experience that has not been available for Niagarans for many years.  But it is now at Myer, in Fort Erie and a few other high schools throughout the region.  So if you’re looking for a fun Friday night between now and late November, check it out.  But don’t forget the hot chocolate.